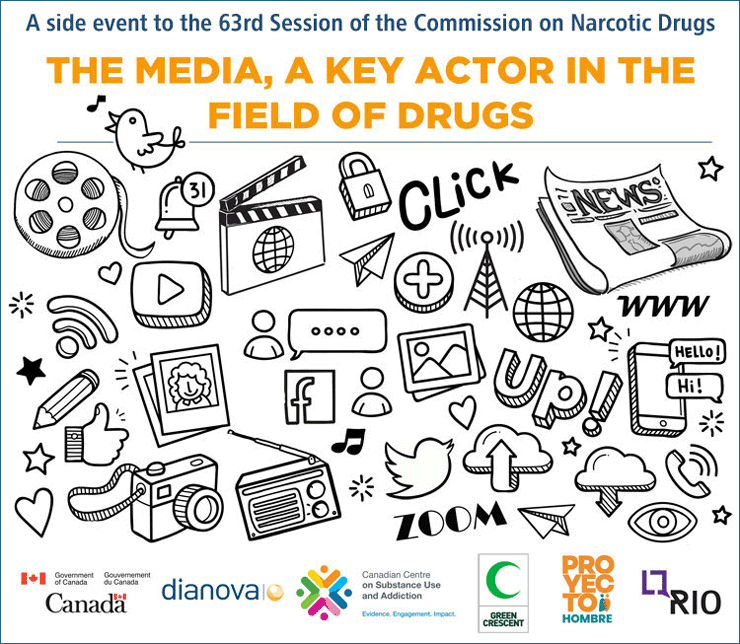 Extracted from the flyer of the event organized on this issue at the 63rd Session of the Commission on Narcotic Drugs (CND63), in Vienna

Nowadays social networks and alternative media occupy a huge part of our lives. According to STATISTA, a German statistic agency, the predictions are that in 2021 more than 3 billion people will be using social networks. (1) Compared to world population which for March, 2020 is 7. 7 billion the number of social network users is nearly half that figure. (2) A recent research of Pew Research Center measured that the number of adults using social networks in the USA has jumped ten times between 2005 and 2015 – from 7% to 65%. Still the most likely users are the young adults. In 2015 in the USA 90% of people between 18 and 29 years old were on social networks. (3) Almost all NGOs use social networks to advocate human rights and raise awareness on topics ignored by mainstream media. In crisis citations, social networks have proven to be an extremely effective tool for spreading information, obtaining funding and etc. After the catastrophic earthquake in Haiti in 2010, the Red Cross received US$8 million in donations, in just 2 days. That is just one example of how powerful of a tool social networks can be to mobilize support. (4) And still the role of social networks can be underestimated.

For the purposes of this paper, the term social networks comprises the most popular platforms: Facebook, Instagram, Twitter, Flickr, Snapchat and etc. There is no clear cut definition for alternative media, and, as it would be hard to list everything that this term encompasses, I will classify all sources other than mainstream media as alternative media.

Presentation by Kristina Stankova at CND63 side event