Prevention programming should be dynamic, flexible, and adapted to the current realities of youth

One should talk about risk behaviours and not only about addictive behaviours, as there is a wide variety of problematic behaviours among young people, including those related to new technologies, risky sexual behaviour, violence and rule breaking – Image: Shutterstock 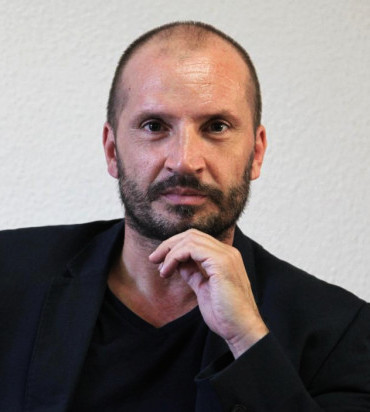 Many young people experiment with drugs but only a minority become dependent on drugs in young adulthood. Those who are most vulnerable to drug dependence are socially disadvantaged young people and those having family members and peers who use drugs. Individual factors, such as poor impulse control, also increase vulnerability, as does the use of substances at an early age.

Vulnerable young people who develop drug dependence are more likely to report anxiety and depressive disorders; psychotic symptoms and disorders; suicidal ideation and suicide attempts; blood-borne infections; and failure to complete their schooling and secure employment. It is not always clear to what extent these problems increase the risk of drug problems, or having a drug problem causes these problems. (Health and social responses to drug problems – EMCDDA, 2017)

When we speak of young people’s problems and addictive behaviours, it is necessary to differentiate between recreational and problematic consumption (Hall, 2014). Problematic substance use involves a diversity of complex problems related to excessive alcohol or drug use (particularly excessive alcohol or cannabis use and binge drinking) among adolescents ; the early onset of psychological and psychiatric problems (and their predictors); the current family models and their repercussions in addiction prevention. The European Monitoring Centre for Drugs and Drug Addiction proposes the following as priority actions (EMCDDA, 2010; 2017):

Structural, relational, and individual factors affect the development of young people as well as their families, generating a wide range of situations in which difficulties and vulnerabilities arise and need to be attended to. In the majority of cases in which there is a problem with consumption by a minor, problems with communication and co-existence have been detected, as well as difficulties in accepting rules and limits in the family environment.

Usually, the General Underlying Model or Theory for risk and protection factors is used, particularly the Problem Behaviour Theory (Jessor and Jessor, 1977). This theory is based on the Theory of Risk and Protection Factors and makes reference to the fact that when experimental use of drugs occurs in adolescents, it provokes the functional expression of the rejection of conventional norms, and reinforces integration in the peer group, etc.

Peer influence is one of the most important risk factors of adolescent substance use, and the link between peers’ use and adolescent alcohol, tobacco, and other drug use is well-documented – Photo by rashid khreiss on Unsplash

The goal pursued by working with this theory is to prevent maladaptive behaviours in an integral manner, and helping young people become aware of the mistake they make in believing that the benefits of drug use are greater than its risks. This theory is based on the fact that risk behaviour does not develop in isolation: it is often associated to other behaviours such as experimental drug use, risky sexual behaviour, school absenteeism, rebellion, etc. The young people concerned have a greater propensity for other risk behaviours (delinquency, risky sexual behaviours, etc.) than those who do not use.

These programmes have little to do with the treatment programmes traditionally targeting adults; they are in essence educational and therapeutic programmes adapted to the adolescents and their families, with the following goals:

Parents play a leading role in prevention. This involves establishing quality relationships with their children, and teaching rules, responsibility and self-reliance – Image: “Together We Grow” campaign

Focus on risk behaviours, not only on addiction problems

The aim is to develop specific actions where one works in a particular way with a group of adolescent drug users (or with other addiction problems) and/or their families. It is obvious that there is a need to design and implement specific actions for young people with problems of addictive and other risk behaviours.

One should talk about risk behaviours and not only about addictive behaviours, as there is a wide variety of problematic behaviours among young people, including those related to new technologies, risky sexual behaviour, violence and rule breaking. These programmes do not focus exclusively on addictive behaviours, but analyse and find solutions to the causes and consequences of these problems on the adolescent and their immediate environment: aggression, lack of communication, school failure, behavioural habits and family conflicts. This is why the participation of the entire nuclear family is fundamental for the development of the activities and objectives.

Dealing with Your Teen’s Risk Behaviours: Register to Dianova’s Educational Workshops (in Spanish)

“Together, We Grow”: families as health agents

Prevention programmes must be dynamic, flexible, adaptable to current realities, and continuously reviewable to include necessary improvement proposals. The programme “Together We Grow” was created in order to train families as agents of health in the prevention of addiction and other risk behaviours. A pilot project will be thoroughly evaluated from its design to its implementation. The inclusion of proposals and reviewable and evaluable modifications within youth prevention and early intervention programmes is an important asset to their effectiveness and close alignment with stakeholders’ expectations and interests.

Antonio J Molina Fernández, Doctor in Psychology and Master in Social Problems. Lecturer at the Complutense University of Madrid, the University of Salamanca and UNED. General health psychologist, he has been the director of a centre and coordinator of clinical intervention programmes, especially with people with addiction problems and minors with behavioural disorders.  Expert in the evaluation of national and international projects.