Towards a gender perspective in the dependence field 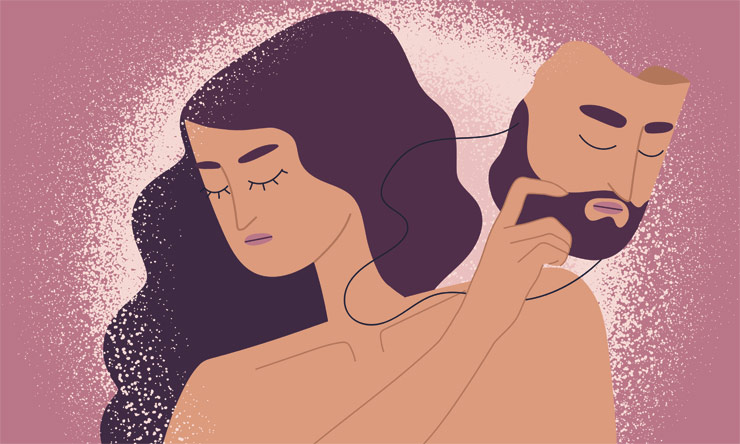 What really guarantees success in the therapeutic process is being able to problematize and intervene in the relationship that the person has established with the substance – Image: CC

María Paula has collaborated as a social worker at the Chanaes Comprehensive Treatment Centre for Youth and Adults with Dual Pathology, managed by the Dianova Uruguay Foundation, since may 2017.

If we understand gender as a social construct where specific roles, behaviours, characteristics and activities are conferred to men and women, then we can affirm that those roles are also manifested in drug use contexts. Traditional gender relations also imply inequality in relationships with drugs.

Drug abuse among women is known to present different characteristics from that among men, from cultural and educational points of view, as well as social and/or legal. In this sense, social structure and relationships between men and women highly depend on gender: power relations, sexual division of labour, socialisation and social interaction. This, in turn, can be reflected in the relationships that people form with psychoactive substances.

We can affirm that the social role of women has evolved throughout world history, from an exclusive role as family caregiver to a leading role in both work and social spheres. This, indeed, has changed women’s life conditions because now they have not only motherhood and housework responsibilities, but also face new commitments, and with them new social tensions and pressures. Although social mandates have evolved from the conservative point of view, there are still negative consequences in relation to women’s self-esteem, since there are higher expectations with respect to the different areas of their lives.

In relation to the consumption of psychoactive substances, there is a certain invisibility concerning how drugs are consumed, associated with the damage suffered by a woman’s very image, where she is seen as a caregiver with a self-care role as well, to which is added a new role of power and stronger presence in the workplace and society. We must underline the fact that, unlike men, women tend to use in a more private context, denying or masking their addiction in order to fulfil predisposed social mandates. This can be related to a type of social control from a patriarchal culture which aims to maintain this female role.

We can affirm that when we talk about dependence, we find a double standard when it comes to gender: on the one hand, we have drug addiction among women, which is seen as something unacceptable and judged by society; and on the other, we have dependence on subordination imposed as a social group, which happens to be bearable and acceptable to society. Along these lines, in some cases drug addiction can be seen as a form of rejection, of revolt against the demands of predisposed social mandates. Consumption as a form of decision and pleasure for oneself and not for everybody else.

Seen this way, it is possible to understand drug addiction as a mechanism for coping with the demands of dependence on subordination or omission. This invisible and hidden consumption has led worldwide to psychotropic drug use in order to be able to fulfil what their role demands, and, in addition, the form of such consumption will not put their predisposed social role at risk.

All this is reflected in low demand for treatment, or worse, the lack of specific treatments for women. We can affirm that in Uruguay there is an obvious difference in explicit demand between men and women. This may be due to hidden consumption, which results in women not asking for help. Treatment is also reduced to the private sphere. But there are also barriers to accessing the healthcare network, whether due to the model of care itself, which doesn’t take into account gender as a category, and/or due to the social, cultural, and personal context of women.

Another subject that we have to consider when talking about drug addiction and gender, and which poses an obstacle for accessing the treatment network, has to do with the stigma that society and/or relatives place on women who use, which leads to lower demand and adherence to treatment on their part. This stigmatization can provoke low self-esteem, shame and guilt, which reinforce the refusal to access treatment, and, in turn, can deteriorate the person’s health.

Women who attend treatment and seek help ask for an environment of intervention where they can feel safe both physically and emotionally, and this is crucial for adherence and success in treatment. Undoubtedly, this point impacts anyone who needs treatment, regardless of gender, although situations of abuse and violence, both physical and psychological, are evident mainly among women.

In the process of intervention for women who seek treatment, rapport and an empathic relationship with the therapist are considered fundamental. Creating emotional security, trust, and therapeutic partnership reduces the role of subordination they are often exposed to.

In conclusion, including gender as a category in intervention means keeping in mind throughout the process the variables entailed by being a woman in a given sociohistorical context or moment. Addiction intervention has focused mainly on the drug itself and not on the consumer’s characteristics, and what really guarantees success in the therapeutic process is being able to problematize and intervene in the relationship that the person has established with the substance. That’s where personal, cultural and social characteristics come in. Likewise, it is necessary to consider (in addition to social and cultural specifications) intra-gender differences, where every woman has her own needs, experiences and subjectivities which we have to work on.