It is often difficult for teenagers to ignore social pressures, and peer pressure can have a massive influence on an adolescent’s behaviors and actions, including alcohol use – image: Shutterstock

Is alcohol consumption amongst young people a cause for concern in Spain?

Juan Ramón Villalbí Hereter – Even though they have fallen slightly in recent years, we still have levels of alcohol consumption and abuse amongst adolescents and young people that we would like to reduce. This is the result of wide availability, low prices and powerful advertising, which leads to its consumption being considered normal and drinking behaviours thereby becoming very easy.

We therefore monitor this consumption very closely using a series of surveys that the Ministry has been conducting since 1994: The State Survey on the Use of Drugs in Secondary Schools in Spain (ESTUDES) and the Survey on Alcohol and Drugs amongst the General Population in Spain (EDADES). 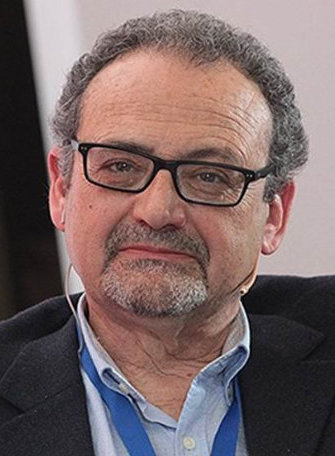 Despite the sale of alcohol being banned to those underage, data obtained in recent years indicate that it is the most widely consumed psychoactive substance amongst adolescents aged 14 to 18. It must also be acknowledged that a portion of these people who consume alcoholic drinks do so heavily, which we know can have a long-term impact on the brain that continues to mature even after 21 years of age.

Were there any changes in consumption patterns as a result of pandemic-related measures?

The Covid-19 pandemic and the measures implemented for its management have led to a significant health, social and personal impact at all levels. For instance, the consumption of alcohol and other psychoactive substances fell significantly amongst adolescents and young people during lockdown and the restrictions on leisure activities.

The fall in intoxications was particularly significant. This is understandable, given that consumption at this age usually takes place in leisure contexts and in groups, which had changed during this time. The Government Delegation for the National Plan on Drugs and the Spanish Observatory on Drugs and Addictions are monitoring this situation using the information systems already in place. As stated in the reports published in 2020 and 2021 on Covid-19’s impact on addictions in Spain, the monitoring has also been strengthened through various initiatives. One of the most ambitious initiatives was the 2020 OEDA-COVID survey, designed to obtain meaningful data from the Spanish population on the potential pandemic-related changes.

The changes recorded during the pandemic confirmed something that we had already been observing: low availability, accessibility and reduced opportunities to buy alcohol and consume it in groups may be the relevant factors in reduced consumption. Such premises show us the potential value of environmental measures of prevention, which have both an ecological and social impact on urban environments.

Underage drinking is a serious public health problem in Spain and in other countries. Alcohol is the most widely used substance among youth, and drinking by young people poses enormous health and safety risks – illustration: Shutterstock

Is there a correlation between problematic alcohol consumption and violent and/or dangerous sexual behaviours?

An intoxicated person has an altered perception of reality and this has an impact on their risk perception and behaviour. Consumption is therefore a risk factor in becoming involved in the dangerous behaviours that one would normally avoid.

Levels of alcohol consumption amongst young people are closely related to the risk of becoming involved in acts of violence. Those who begin to drink large amounts on a regular basis at an early age therefore run a greater risk of becoming both perpetrators and victims.

In this respect, it must also be reported that alcohol-related violence largely takes place at night and especially at weekends. Also, it often takes place in establishments where alcohol is consumed or the surrounding areas. Therefore, we have supported and funded programmes such as Noctámbul@s, which tackles risks in leisure spaces.

What are the tools of the Government Delegation?

The main tool for improving prevention policies is increasing awareness of the risks of alcohol consumption. If consumption is perceived as trivial, it is easier for people to drink, and to drink more than they should.

In this regard, I would like to highlight the Agentes Tutores training programme, within the framework of the agreement with the Spanish Federation of Municipalities and Provinces (FEMP). This programme focuses on situations related to the school environment (preventing drug addiction, school absenteeism, peer violence) and the open environment (consumption in public areas or the sale of alcohol and tobacco to minors on public premises and in establishments).

Other measures to highlight are the early detection and intervention protocols for vulnerable minors, the development of prevention plans in the workplace, promoting prevention in leisure spaces with the help of local authorities, and of course by improving knowledge, with epidemiology as a basis for establishing prevention policies (EDADES surveys, ESTUDES surveys, or Labour Survey)

Which measures should we implement in our country to prevent problematic alcohol consumption among young people?

The main determinant of the consumption of alcoholic drinks among minors is social influence. Teenagers want to be like adults, they see advertising that makes them believe that this is what their young role models are doing, and if they see people around them drinking, they will drink as part of the process of growing up. The importance of social influence has been seen with smoking. In this respect, it is vital to change both informal societal norms (what families and the community do because it’s commonly accepted), and formal standards, derived from legislation and regulation, which can incorporate enforceable elements (such as restrictions on advertising, sale or consumption).

The government’s annual regulatory policy plan provides for the law on the protection of minors against alcohol consumption. But we cannot ignore the need to reinforce prevention programmes which are environmental, universal, selective and appropriate, with a gender equity perspective, which are aimed at preventing the problematic consumption of alcohol among teenagers and young people.

It was mentioned that an intersectoral approach was needed in order to reduce the harm caused by the consumption of alcohol, what does that mean and how does it translate into policies?

The central elements of all health policies should address health and inequality determinants and intersectoral action. We need to develop a public health policy capable of responding to the globalised world and its political, social and economic aspects.

A comprehensive approach to drug policy must implement evidence-based measures at each level of intervention. This isn’t rhetorical, we have examples from earlier this year, achieved through the interaction between various ministries. For example, the recent revision to road traffic regulations set the blood alcohol level for young drivers to zero.

At the age of 16 you can drive a moped, and you can’t buy alcohol, but we know that there is a certain level of alcohol consumption at this age. This regulatory change, which is stricter on the blood alcohol level of minors than it is on older drivers, separates the start of driving from alcohol consumption, and reinforces a social message for minors that favours health. It is an example of intersectoral action in the right direction.