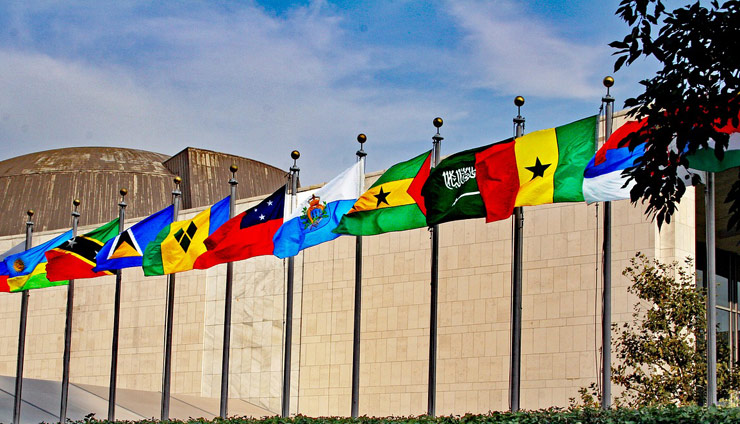 The UN common position on drugs is a critical step to start moving away from the harsh enforcement measures that only serve to fuel social marginalization, health crises, and mass incarceration – photo: UN flags, licence CC

By Lucía Goberna – In November 2018, the UN System Chief Executives Board for Coordination (CEB) adopted the ‘Un System common position supporting the implementation of the international drug control policy through effective inter-agency collaboration’, expressing the shared principles of all UN organizations regarding drug policy and committing them to speak with one voice.

Although this piece of news had gone largely unnoticed, it should be emphasized that the UN System Common Position on Drugs is the first ever document on drug policy matters to be developed by the CEB.

The CEB is the highest-level coordination forum of the UN system, convening biannual meetings of the heads of 31 UN agencies, programmes and related institutions, funds and programmes, including, among others, the World Health Organization, the Office on the High Commission on Human Rights, and UNAIDS.

The purpose of the UN Common Position is threefold:

In recent years, contradictions have become much more apparent between certain drug control practices and the perspectives of health promotion, social justice, sustainable development, human rights protection, and peacebuilding. However, the 2016 UNGASS gave the UN a breakthrough as well as an opportunity to widen the discussions and include these perspectives in the sphere of drug policy.

The Common Position is based on a strong mandate given by the General Assembly to the CEB to improve UN system-wide coherence and coordination. The resulting document is very progressive, incorporating many elements from the 2016 UNGASS, the SDG framework and human rights instruments. First and foremost, it is a critical step to start moving away from the harsh enforcement measures that only serve to fuel social marginalization, health crises, and mass incarceration.

The members of the UN system commit to step up their joint efforts and support each other, inter alia:

A UNODC-led Task Team was established for translating the Common Position into practice. It is composed of 15 interested UN entities in charge of coordinating data collection to promote the scientific, evidence-based implementation of international commitments. In March 2019, the Task team published a report entitled “What we have learned over the last ten years”.

As good as it all sounds, there are many challenges ahead. Although signed in November 2018, it is unfortunate that the UN Common Position on Drugs has not been made very visible until recent months. Probably for its being so progressive, not all Member States have been keen on disseminating the document or any information about it. We would like to acknowledge the EU as a key player in giving this document more visibility.

It is also crucial that this document be implemented at the operative level instead of appearing as a mere reference. UNODC is operating on a small budget for this concrete initiative, which calls for a greater implication of other partners.

On behalf of Dianova, we welcome the adoption of the UN Common Position on Drugs and would like to encourage its dissemination and full implementation. This document can be a valuable tool for the advocacy work of civil society organizations and can help to promote drug policies that are not only more effective but also more humane.

This video provides a follow-up of the UN common position on Drugs at the CND 2020, by Drug Reporter, a drug policy website created in 2004 to advocate drug policy reform.