A five-year-old journey has ended. A historic opportunity to decriminalise possession of illicit substances for personal use was lost in parliament (Storting) 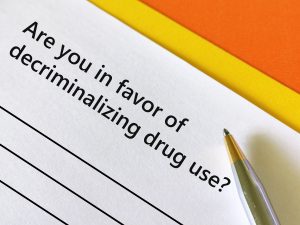 At present, Norwegian political parties have decided to increase their efforts in the war on drugs while the public opinion appears to support drug decriminalization policies.

By Kenneth Arctander – In 2016, several Norwegian NGOs penned an op-ed begging the Justice Minister, Anders Anundsen from the Progress Party, to decriminalise possession of illicit substances for personal use. In lieu of Anundsen’s reply, the health minister, Bent Høie, responded by proposing to the program committee of the Conservative Party, a drug policy reform of decriminalisation. He asked that the responsibility for responding to minor drug use violations was shifted from the justice sector to the health sector.

This impacted political Norway, and all parties but the Progress Party, made decisions during their national assemblies in the spring of 2017. The Norwegian parliament consists of 169 mandates and 9 parties and during the 2017-2021 session they were distributed like this (see table below)

From the right side of political aisle, the reform was supported by the The Conservative Party (45) and The Liberal Party (8). From the left side of the aisle, it was supported by The Labour Party (49), The Socialist Left Party (11), The Green Party (1) and The Red Party (1).

If parliament had voted based on this, 115 MPs would have supported the reform against 54.

In a note to the state budget in December 2017, a formulation by MPs from The Conservative Party, Labour, Socialist Left and Left party, proposed that the government moved forward with the reform, and was amended in parliament in December 2017. Therefore, on March 23rd, the Public Drug Policy Reform Committee was appointed by the government to assess and prepare necessary changes to implement the reform. The committee handed over the report ‘NOU 2019:26 Drug policy reform – from punishment to help’ to Bent Høie on December 19th, 2019.

The committee had done a thorough assessment based on two political standpoints. The criminal policy standpoint was that criminalizing citizens needs justification due to its personal, social, and economic costs. Criminalisation is the state’s strongest measure to condemn unwanted behaviour among its citizens. It is meant to be painful and criminal records are stigmatizing and restricts people from travelling to certain countries, applying for certain jobs, and studying for certain professions.

The public health policy view of the government was that there is a relationship between use of drugs and harms to the public. After assessing empirical knowledge with similar reforms, the committee concluded that there was no empirical base to the claim that criminalisation leads to significantly decreased substance use.

In order to destigmatize people that use drugs, therefore, the committee proposed decriminalization of use and possession for personal use of all illicit substances below 15 grams of cannabis, 5 grams of heroin, 5 grams of amphetamine and so forth. They did not propose replacing criminal punishment with administrative penalties. Thus, the Norwegian reform proposal went in the direction of breaching a decades long history of state punitive sanctions against drug users.

The health minister was applauded for his efforts in the UN and garnered almost full support among both professionals and users’ organisations in Norway.

The situation with the Progress Party

Since the publication of the report, and a round of hearings, the government proposed a model for decriminalisation for parliament. The Solberg-government had in 2019 succeeded in gathering all four right-wing parties in a coalition providing them with parliamentary majority. However, the Progress Party left government in January 2020 since they disagreed with the other parties on accepting the return of a woman associated with the Islamic State from the Syrian Al-Hol refugee camp, with her sick child.

This meant that the Progress Party could decide to not vote in accordance with the government platform they had agreed upon in 2018. If the Progress Party decided to vote against the reform, the reform was dependent on the Labour Party. And this happened. First, the central board of the progress party, proposed a resolution stating that the MPs would work for continued criminalisation against drug users for the general assembly that was to be held in October 2020. The party MPs however, summoned a hearing, and the central board’s proposed resolution was substituted with a new draft resolution, that did not include criminalisation of users.

This was adopted by a majority of more than 80 percent of delegate votes at the assembly. However, in spring of 2021, the party leader, Siv Jensen, decided to step down. On her way out, she tapped Sylvi Listhaug as a future leader. Listhaug is considered less liberal and a representative of national conservative wing of the party. After a round of hearings in parliamentary committees on the government reform bill, she short circuited the process in the party, leading the drug policy spokesperson through many years, Kari Kjønnås Kjos, to step down. Kjos was responsible for the party’s handling of the reform and considered this move by Listhaug as signalling a lack of trust in her work. This ended the possibility for support by the Progress party.

The situation with Labour

Labour MPs, Ingvild Kjerkol (health policy spokesperson) and Tellef Inge Mørland (drug policy spokesperson) seemed committed to the reform. The Labour Party held cities Oslo, Bergen, Stavanger, Trondheim and Tromsø had supported the reform in the round of hearings.
But the party was characterized by divisions.

The government proposed a bill on February 19th,2021. In time to be decided in parliament June 3rd, after the national assembly of the Labour Party, April 15th-17th. The assembly’s decision from 2017 was vague and was interpreted in different ways. It stated that people with dependency issues would not be punished. This does not necessarily mean decriminalisation.

However, leading labour politicians had downplayed the Conservative’s decriminalisation plans as copying their own policies, and stated their support for the reform, including the MPs Mørland and Kjerkol’s joint parliamentary formulation, that asked the government to change the responsibility for responses to use and possession of illicit substances from the justice- to the health sector.

In sum, since these politicians had stated their support, civil society in large was led to believe that Labour would be supportive of the reform. In the run-up to the assembly, however, several labour mayors, started spouting claims that the proposed reform was legalisation, it would lead to increased drug use, drug dependency and that the public health institute, the police and the centre for dependency research were against the reform.

Following the party leader, Jonas Gahr Støre, the assembly decided against decriminalisation, and the reform was lost. It is not unlikely, that labour party will be in government from 2021 together with the Centre party. They have both decided to revive the war on drugs, with labour promising more funds for police to fight drugs distribution and the centre party that wants to increase fines for drug use according to the violator’s salary.

Even though the defeat, progress has been made. Due to the increased focus on drug policy and how users have been treated by the police, it was brought to public attention by the attorney general, Jørn Sigurd Maurud, that the police are not allowed to search cell phones, computers and the homes of people suspected of drug use. Neither are they allowed to investigate a person that has been caught for drug use or possession of drugs, for distribution if you are not suspected of it. This means that drug users have not had access to basic protection against infringements on their human rights and that now, this has come to public attention.

However, both the labour leader and the leader of the centre party have downplayed violations of the rights of users, and bolstered support for the police, so there are real concerns among users’ organisations that discrimination will continue.

The Norwegian reform movement, however, has increased in size with a substantial section of civil society supporting decriminalisation, but also supported by political parties left and right, unions, academics, and elements within the police and justice sector, including the state attorney’s office. On the 3rd of June, the reform was voted down. On the 2nd of June, we gathered in four Norwegian cities to protest this.

The 2nd of June is now our Drug Policy Reform day, which can be used to strengthen our movement and show solidarity with marginalised groups, demand full access to human rights for drug users, and knowledge-based drug policies. This is necessary now that political parties have decided to increase efforts in the war on drugs, fortifying a polarised political situation while public opinion seem to support the policy as it was proposed by the government. 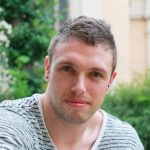