Women experience addictive behaviours differently than men, it is therefore urgent to re-evaluate current modalities of support, prevention and treatment 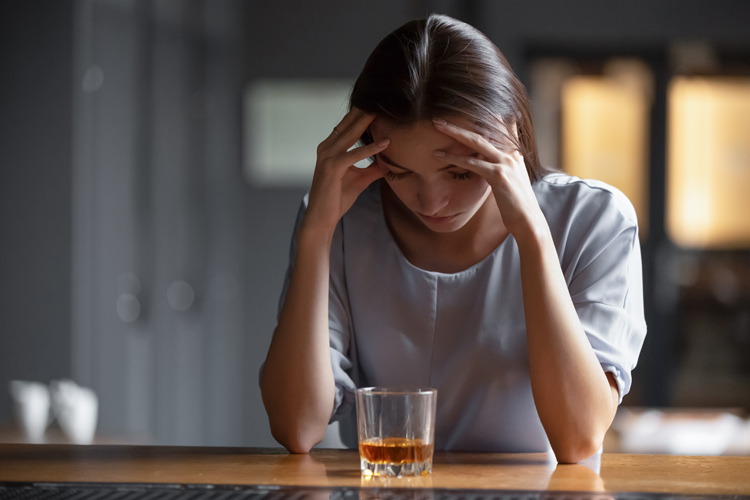 The obstacles that women with substance use disorders encounter in accessing treatment programmes, the stigmatization they are subject to and their need for specific treatment methods have been largely ignored and underfinanced – illustration photo

For several years there has been a growing awareness of the importance of implementing gender-sensitive drug treatment policies and programmes. Although some of the specific characteristics of female addiction were taken into account in pioneering structures over the last decades, it was only much later that the impact of these characteristics were recognized in terms of public health. Following the United Nations General Assembly Special Session on the world drug problem (UNGASS 2016), the 2016 report by the International Narcotics Control Board (INCB) called for the first time “to implement gender-sensitive policies and programmes, to facilitate access to healthcare for women with substance use disorders, and to promote funding to prevent and treat substance abuse in women”.

Addiction: the differences between men and women

Among the various differences existing between female and male addiction, the INCB report highlights recent studies which indicate that once women start abusing drugs, their rate of consumption of cannabis, opioids and cocaine progresses more rapidly than among men, and they tend to develop a substance use disorder more quickly than men do. There is also evidence that women are significantly more likely than men to be prescribed narcotics and antianxiety medications, thus increasing their risks for abuse and addiction. Finally, whilst women and girls represent a third of all drug users around the world, only one in five patients being treated for addiction is female. This is a result of the systemic barriers and gender stereotypes which limit their access to care.

The number of women following a treatment programme for substance abuse disorders remains low, despite the increasing number of those affected.

Furthermore, when women do undertake a treatment programme, their stay is generally shorter than that of men and, following treatment completion, they also tend to relapse more often. This may be due to the fact that women who succeed in entering a treatment programme usually find themselves in a masculine environment – created by men, for men and according to male standards – which fails to respond to their specific needs.

According to WHO estimates, 35% of women worldwide have suffered physical or sexual violence from their intimate partner, or sexual violence carried out by others. Although women can be exposed to a range of other types of abuse, this still is a huge proportion of the world’s female population! In most cases, these acts of violence perpetrated by intimate partners: almost a third of women worldwide who have been in a relationship have suffered this type of violence; it is therefore a leading risk factor for the health of women aged 19 to 44 around the world.

Intimate partner violence usually takes place where one partner dominates the other, in a controlling process which slowly causes the victim to become fearful and powerless, trapping them in a toxic relationship which they are unable to end. These acts of violence have a negative impact on both the physical and psychological wellbeing of the victims or children exposed, with grave consequences for physical and mental health and the safety of communities, which makes this reality a serious public health issue.

Substance abuse, particularly alcohol abuse, is a determining factor for the trigger or exacerbation of domestic violence: two thirds of domestic violence victims note that their partner had been under the influence of alcohol when the abuse happened.

Alcohol consumption affects the cognitive functions of the abuser and lowers their ability to resolve conflicts without violence, but the consumption of alcohol and psychotropic drugs can also be a strategy used by the victims – mostly women – in order to numb and dissociate themselves to cope with violence. In this case, substance abuse is the direct consequence of the violence. It is also worth noting that the use of alcohol and other drugs, particularly by mothers, leads to feelings of guilt which are often heightened by criticism from their violent partner (the argument of ‘bad mother’ is often used by perpetrators).

The links between violence against women and addiction go beyond couple relationships. The consumption of alcohol or other drugs leads to an alteration in the state of consciousness which can lead to the user taking risks and losing control of the situation, which may result in sexual violence. Furthermore, women who use substances are often seen as more vulnerable by certain men, which can also result in situations of violence or other type of abuse. Finally, it is worth noting that the search for illicit drugs often requires women to frequent places and environments where bullying and physical violence is commonplace. As women, they may not only fall victim to violence, but also be exposed to different forms of sexual blackmail.

The obstacles that women with substance use disorders encounter in accessing treatment programmes, the stigmatization they are subject to and their need for specific treatment methods have been largely ignored and underfinanced. There is an urgent need to re-evaluate addiction treatment programmes and create services which respond effectively and fully to the complex needs of the women concerned and their children. Furthermore, we believe it is also necessary to raise health professionals’ awareness of the need to provide women with the same standards of treatment men are entitled to.

Dianova advocates the implementation of specific modalities for women with substance use disorders, including integrated treatment programmes that offer a wide range of services including addiction treatment, parenting counselling, service linkages, housing, legal assistance, and job and vocational training.

In addition, these programmes should be culturally-adapted and provide modalities such as separate programmes for women, acceptance of children and attention to pregnant women.