Improving working conditions and facilitating mobility, through planned and properly managed migration policies, is an integral part of the 2030 Agenda 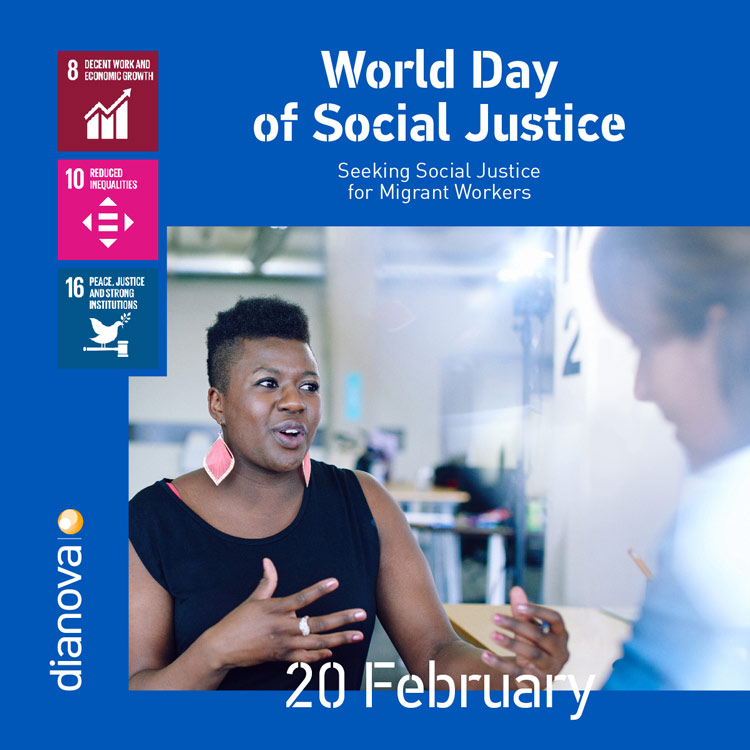 In general, migrants and/or refugees give far more than they receive

“Our greatness has always depended on the contribution of those who were born elsewhere but chose this country as their home”. Michelle Obama’s words make us understand that migrants – no matter where they come from – should never be considered second-class citizens because they contribute to the economic and cultural wealth of all countries.

On the occasion of World Social Justice Day, we must focus on the destiny of all migrant workers who are simply looking for a better future for themselves and their families. According to the International Labor Organization, 150 million employees worldwide are migrants, accounting for 4.4% of the global workforce. Let’s promote decent jobs and fair treatment for all! 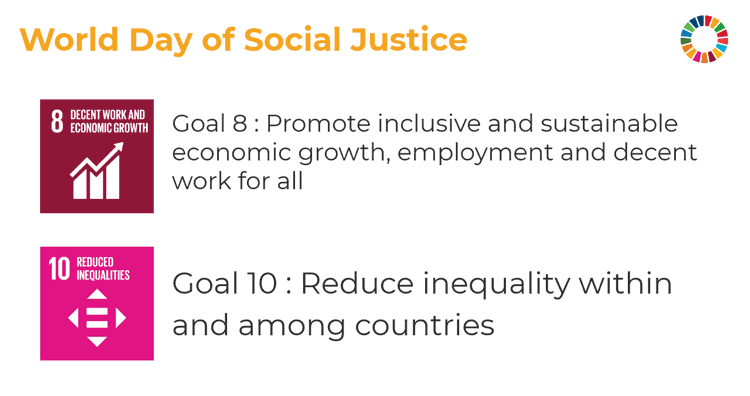 Dianova recognizes a duty to solidarity, citizenship and social justice

In general, migrants and/or refugees give far more than they receive. They are consumers of the goods and services of the countries that welcome them. Many migrants are already well qualified, and they work, pay taxes and create wealth. They contribute to national pension systems and add energy and demographic diversity to their host countries. Dianova therefore believes that migration plays a vital positive role in the cultural wealth and development of host countries.  OECD studies have shown the positive impact of immigration on public finances, economic growth and labour markets.

However, the current migratory crisis poses a new challenge, particularly for European countries. To meet this short and long-term challenge, coordinated reception and integration policies for migrants and refugees must be implemented.  Countries must also work to counter the rising popular opposition to immigration within host populations. We need to counter more precisely the extremist arguments that immigration threatens employment, social protection, and the national identity. We also cannot deny the local problems that result from excessive concentrations of newly arrived populations.

We believe people must first recognize the interdependence of nations. They can then understand that migration is inherent in human societies and enriches all countries, including the ones hosting migrants today. Dianova believes that all of us, at every level (acting as citizens or organizations, advocating to governments, welcoming migrants, or supporting development projects in their home countries), can help build a world in which migration is no longer considered a threat, but as a resource and an opportunity for development.

Finally, we understand that migratory flows must be controlled by regulatory policies. These policies must, however, complement development aid to countries that migrants are leaving. Governments must apply migration policy with discernment and humanity, and avoid stigmatizing immigrant populations. Finally, governments must ensure that migrants are received and integrated in the best possible conditions.