Quantifying and encouraging wellbeing: a desirable aim, both socially and politically 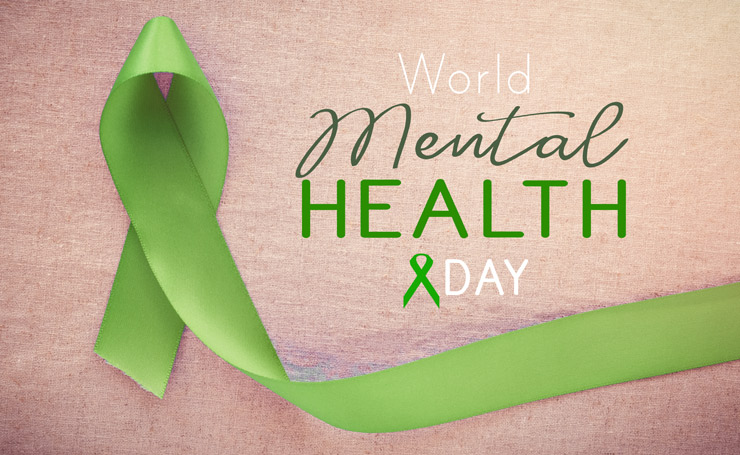 World Mental Health Day is observed on 10 October every year, with the overall objective of raising awareness of mental health issues around the world and mobilizing efforts in support of mental health.

On the occasion of the World Mental Health Day, on the 10 of October, we publish an article of the Novasalud journal, 2020 edition – Novasalud is a center dedicated to providing specialized services in mental health and addiction through a multidisciplinary team

By Roberto Reyes, Psychologist for the Curicó Dianova Outpatient Clinic Intensive Programme – Being and feeling happy, developing as a person or being at ease with oneself are fundamental questions which have preoccupied people for thousands of years (Haybron, 2008, quoted in Bobowik, González, Muratori, Ubilla, Zubicueta, p. 2, 2015). For decades, not only the meaning, but also the history and consequences of this state have been analysed. The scientific study of wellbeing became a topic of interest towards the end of the 20th century, preceded by philosophical thoughts from antiquity about a “good life”, a “virtuous life” and “care of the soul” found in the legacies of Plato, Aristotle, Confucius, Seneca, amongst others; and preceded also by reflections deriving from the spiritual traditions of the Orient and the West. (Alonso, Vielma, 2010, p. 266).

Considering this historical aspect of the study of scientific psychological wellbeing, it must be noted that its development has confronted a few challenges within the field of psychology; most notably, immediately after the theoretical revision of the subject carried out by Wilson Warner in 1967, and after Norman Bradburn made scientific use of the term “psychological wellbeing” in 1969 (Vielma and Alonso, 2009, quoted in Vielma and Alonso 2010, p. 266). Through his clinical and investigative reports, Bradburn proposed the idea of carrying out a global evaluation of the construct, so as to avoid ethical questioning about its nature by orthodox groups linked to religion and politics in the United States (Salotti, 2006; Díaz et al., 2006; Cuadra and Florenzano, 2003. Quoted in Vielma and Alonso 2010, p. 266). Therefore, psychological wellbeing is a complex subject, in which there is a lack of consensus regarding conceptual boundaries. This is owing, amongst other reasons, to the complexity of its study: complexity rooted, in many cases, in the temporal nature of such study and the diversity of approaches used. Accordingly, a consensus remains to be reached in terms of conceptualising and quantifying psychological wellbeing (Castro and Ortiz, 2009, p. 26).

In order to reach some consensus of definition in relation to the idea of quality of life and psychological wellbeing, we will consider a concept taken from 1998 from the following authors (Cabrera, Agostini, López and Victoria, 1998, quoted in Victoria, 2005, p. 7), who state: “Quality of life is the result of the complex interaction between objective and subjective factors; the former constitute external conditions: economic, sociopolitical, cultural and environmental which facilitate or hinder the development of man, and his personality. The latter are determined by the subject’s valuation of their own life”. In this sense, there is an interplay between social and psychological factors, where social factors affect the psychological environment through the meaning that they have for the subject, and the psychological environment affects social factors in accordance with the position that the individual occupies (Victoria 2005, p. 8). This is a basic theoretical premise for the conceptualisation, study and evaluation of quality of life and its subjective dimension which we identify with psychological wellbeing (2005, p. 8).

Amongst the theoretical convergences in the varying conceptions of wellbeing, the following are highlighted:

From a broader perspective and as one of the authors who focused their efforts on this topic, Carol Ryff refers to psychological wellbeing as the effort to improve one’s own potential, thus having to do with life acquiring a significance for the individual, with certain self-improvement efforts and the attainment of valuable goals; the central task of people in their lives is to recognise and use all their talents to the fullest extent (Castro and Ortiz 2009, p. 27). Ryff highlighted the individual’s responsibility of finding a sense of meaning in their existence, even when confronted by harsh or adverse realities (2009, p. 27).

As a consideration, it must be noted that psychological wellbeing, as a personal construct, rests on the psychological development of each individual, who has the capacity to interact harmoniously with their surroundings (2009). However, if there is indeed a multiplicity of possible focal points and/or perspectives from which to investigate the topic, it is no less important to note that in the field of psychology, this has not prevented the emergence of cases focused on furthering the study of subjective psychological wellbeing. The importance of feeling good about oneself, as much individually as with others, and one’s desire to behave in harmony with others in a unidirectional pattern, thus encourages and constructs a principle of personal wellbeing, that is, in turn, oriented towards the wellbeing of others. It is important to mention the convergent and closely linked elements which contribute to self-development, taking into consideration an individual’s immediate surroundings, in such a way that these contribute to maintaining general physical health.

This would constitute an ideal, framed however by subjectivity and intersubjectivity (subjective wellbeing) and by individuals’ unique and interactional psychology (psychosocial wellbeing) (Escalante, 2016).