Yes it is, and it’s a strong argument for parity, that is, treating and funding addiction services on par with other ‘biologic’ health services 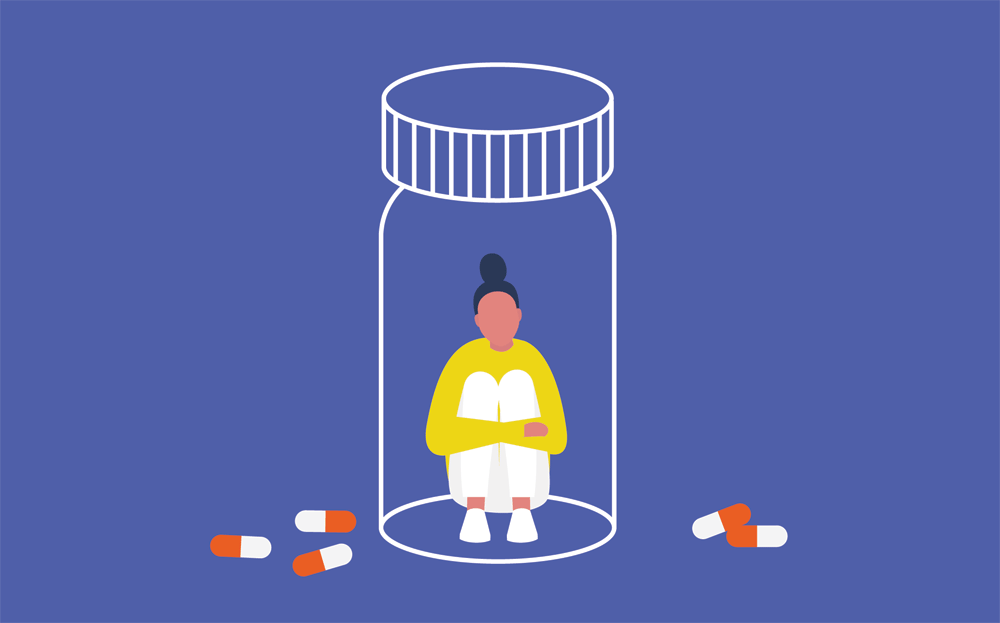 Under the influence of drugs, the brain cannot produce enough chemical messengers. It becomes desensitized to more usual sources of pleasure.

By Pierre Bremond – About twenty years ago, I took a course on intervention in the field of addiction. Two years and several remarkable teachers later, I had learned that addictive behaviors are determined by causes involving people’s vulnerability and protective factors, environmental factors, and substance-related factors.

To quote a French psychiatrist, addiction results above all from “the encounter between a product (or behavior) and an individual at a given sociocultural moment.”

I saw no link between disease and any of the factors above. No one chooses to get sick – you “catch” a disease without wanting to. But using a substance or gambling is always a conscious choice. When addiction occurs, it is because of that initial choice, even when addiction has destroyed someone’s ability to make a choice.

Those two years also made me suspicious of the medical profession and the pharmaceutical industry. I came to realize that, among the medical staff, many tend to pathologise any behaviour that is out of the ordinary, such as using Ritalin (a psychostimulant) to treat children with attention deficit or behavioural problems.

The science of addiction

One of the most depressing learning modules was an introduction to behaviorism, which led me to believe free will was an illusion. I was wrong; our oversized prefrontal cortex gives us the ability (freedom) to choose not to respond the way a mouse might in an experiment involving punishments and rewards.

After becoming an addiction counselor, I realized people with an addiction had lost the freedom to live their lives. One of the most rewarding things I’ve done in my career was to help them regain that freedom.

Research has shown that a person’s inability to avoid alcohol or other drugs (or gambling) is due to problems in the prefrontal cortex, responsible for what scientists call executive functions. These are associated with everything that makes us human, such as managing time and space, evaluating our environment, delaying reward, and expressing our personalities.

In people with an addiction, the problem lies in the way the brain reacts to stress when it is deprived of the drugs it is used to. This brain response often generates overly negative emotions or even feelings of hopelessness.

“Triggers” (learned environmental cues reinforced by years of addiction) increase the craving to consume substances or gamble. A trigger might be the smell of beer at a sporting event, an ad for a casino, or the public bench where a person would meet a dealer.

Alcohol and other drugs act in the same way on the brain. They increase the level of dopamine (and other chemical messengers) in the reward system, creating a feeling of pleasure that can become an addiction.

Under the influence of drugs, the brain cannot produce enough chemical messengers. It becomes desensitized to more usual sources of pleasure – nothing else matters but the object of the person’s addiction.

Addiction causes changes that hold the brain hostage. Thankfully, this process is generally reversible and has few after-effects (for the brain). Not all drugs cause irreversible brain damage, as a matter of fact, and to give just one example, the neurotoxicity of heroin is much lower than that of alcohol.

However, the road to rehab is a long one, fraught with obstacles, doubt, and, sometimes, relapse.

I’ve worked with many people who have overcome their addiction. However, most of them still claimed they didn’t enjoy anything, didn’t want anything, and were not interested in anything. The detoxification period (and the months that follow) is undoubtedly a difficult stage, but it is only a small part of the rehabilitation process. The goal is to relearn how to enjoy life’s normal pleasures.

The American Society of Addiction Medicine (ASAM) defines addiction as a treatable, chronic medical disease involving complex interactions among brain circuits, genetics, the environment, and life experiences. Addicts use substances or engage in behaviors that become compulsive and often continue despite harmful consequences (definition revised in 2019).

There are two reasons to focus on the biological basis of addiction. Firstly, it makes a strong argument for parity, i.e. considering addiction services other health services on an equal footing, and funding them accordingly.

Secondly, it is a good way to address stigmatization. People with a substance-use disorder or other addiction are not weak, immoral, or enjoying themselves at the expense of society. In addition, understanding that biology is involved in addiction disorders can also help to alleviate the self-stigmatization people often inflict upon themselves.

The new ASAM definition emphasizes the importance of environment and lived experiences in the development of an addiction. This is positive, because to understand addiction, we need to go beyond the medical field and look at each person’s experiences, needs and condition.

Actually, whether we call addiction a disease or not changes nothing about how it should be treated. There is no magic pill against addiction nor one common treatment for all. Finding the road to recovery can be challenging. Your condition and your needs are unique and what a reputable addiction counsellor will do is work with you to find what works best for you.