Although illegal under Indian law, human trafficking remains a significant problem in this country – and women and girls pay the highest price 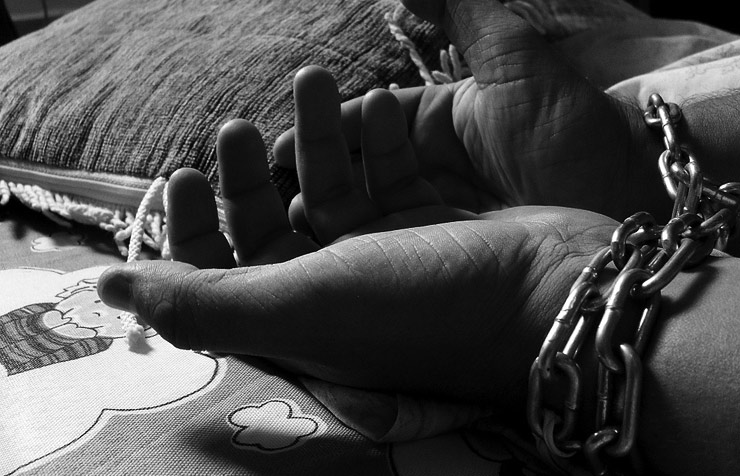 Even though India is the world’s largest democratic republic, the country is plagued with human rights violations, especially against women and girls – photo of illustration, licence: CC

According to estimates, human trafficking in India may affect between 20 and 65 million people. Women and girls are trafficked within the country for the purposes of commercial sexual exploitation and forced marriage, especially in those areas where the sex ratio is highly skewed in favour of men. A significant number of children are subjected to forced labour as factory workers, domestic servants, beggars, and agriculture workers, while others have been used as child soldiers by insurgent or terrorist groups.

India is also a destination for women and girls from neighbouring countries, smuggled for sexual exploitation. Indian women are also trafficked to the Middle East for the same purpose. Indian migrants who travel willingly to the Middle East and Europe for work as domestic servants and low-skilled labourers may also end up in the country’s human trafficking industry and into situations of forced labour or debt bondage.

Even though India is the world’s largest democratic republic, the country is plagued with widespread poverty and lack of proper education, resulting in a myriad of human rights violations, especially against women and girls.

This culturally sanctioned degradation of women is largely due to the prevalence of superstition, the patriarchal society and the predominance of Hindu myths.

The World’s Most Dangerous Country for Women?

Last year, India has been coined ‘the world’s most dangerous country for women’, ahead of Afghanistan, Syria and Saudi Arabia, according to a poll by the Thomson Reuters Foundation, which surveyed 548 experts on six different indices, including healthcare, discrimination, cultural traditions, sexual and non-sexual violence, and human trafficking. This survey has been widely criticized in India, with many questioning how countries such as Afghanistan and Saudi Arabia, which grant far fewer rights to women, managed to perform better. The country’s National Commission for Women rejected it outright, pointing out that rape, harassment, human trafficking and other forms of violence against women appear to have risen in India because more cases are being reported, driven by public outrage.

All the same, it is true that discrimination and violence against women are ingrained in the Indian society. Discrimination starts at birth, where many people think giving birth to a girl child is a curse. As a result female infanticides and sex-selective abortions are widespread – activists have estimated that eight million female foetuses might have been aborted in the past decade. Discrimination continues in childhood, where Indian girls, rural girls especially, are denied their rights to education – although literacy rates are increasing, the female literacy rate still lags behind (65% compared to 82%). Discrimination is still rampant in adulthood, contributing to gender wage differentials, with Indian female workers earning on average 64% of what their male counterparts earn for the same occupation and qualification level.

Dr. B.R. Ambedkar, the father of the Indian Constitution, voiced against the denial of education to women. However, despite their constitutional rights to education, people continue to treat women as sub-humans. Way back in the history of India, denial of education to women, the practice of forced prostitution, child marriage, sati (the practice of burning the widow along with her deceased husband) and selling away the daughters in the markets were widespread customary actions, all of them resulting in today’s human rights violations.

Infants are being stolen for beggary and women enrolled in forced prostitution; about 70,000 children are working as bounded labourer in private mines while others are being used as domestic servants after inheriting their parents’ debt; some of them are even being sold to organ traffickers.

Until recent years, the problem of human trafficking had remained unnoticed due to the high prevalence of rural poverty. Children from tribal areas are at greater risk of human trafficking, including the Kuki people from Manipur as well as the Nagas from the Northeast, while the Jharkhand state and the Anantapur and Prakasam regions of the Andhra Pradesh State are some areas prone to human trafficking.

A Culture of Violence against Women

Women in India are also traumatized in less obvious ways. Their oppression starts almost invisibly. It takes place in their homes, within families, with girls being locked up in their own houses, women being beaten by their husbands, by their fathers, by their brothers.  This violence is the product of a culture that bestows all power on men and denies women’s most essential rights. Among men, many are those who look down on women and girls; girls are trained in silence; they are told to have no opinions, no arguments, no conflicts. Their only choice is to live a life of silence that slowly erodes their sense of self.

The Immoral Trafficking Prevention Act that prevent commercial sexual exploitation, the Bonded Labour Abolition Act, the Child Labour Act and the Juvenile Justice Acts are in force in India but to no avail. Because tt takes more than laws to change a culture which serves as a breeding ground for violence against women, poverty, and human trafficking. What we need is to reclaim our humanity and open a national debate about this toxic patriarchal culture and its repercussions.

“For to be free is not to cast off one’s chains but to live in a way that respects and enhances the freedom of others” – Nelson Mandela.

Founded in 2014, Angels in the Field is a not-for-profit, grassroots Indian humanitarian organization dedicated to promote well-being and a lasting transformation of the vulnerable stratum of the community. The organization serves children, families and communities living in poverty and injustice regardless of religion, caste, race, ethnicity or gender. Angels in the Field is a member of the Dianova Network