Lidiya Grigoreva, from the Office of the UN Director-General in Geneva, reflects on how the future of NGOs could look like after the pandemic 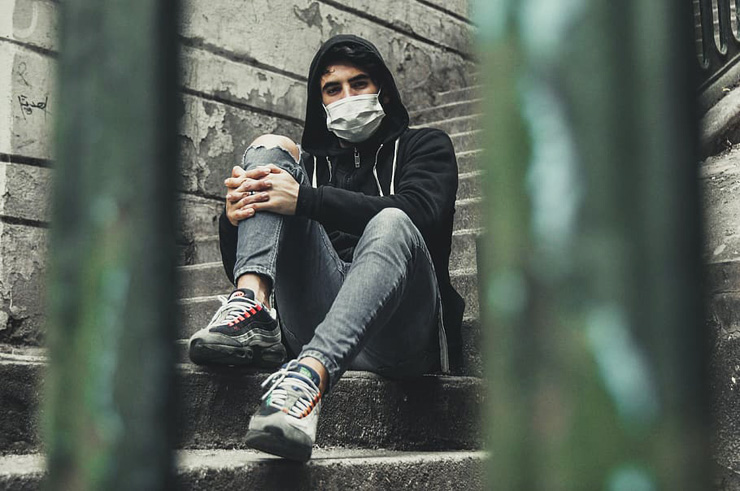 “The UN Secretary General acknowledged that the role of humanitarian NGOs is crucial in this crisis, especially for treating those affected and for helping to protect healthcare workers” – Licence: CC

By Federica Bertacchini and Lucía Goberna – Covid-19 has caused major disruptions the world over. The ongoing pandemic is already affecting many aspects of our daily life and will undoubtedly force rearrangements on our globalized society. As many are saying, this is a ‘before-and-after’ moment.

What will be the role of civil society after this pandemic is over? Will the way we advocate to influence the decision-making process be affected? Many questions arise and as other organizations, Dianova International is wondering how what is happening will change the paradigms and frameworks NGOs operate within.

In our quest for clues, we were invited to attend an interesting online event, hosted by Greycells, a Geneva-based non-profit development organization founded by retired international civil servants. Greycells is dedicated to helping international organizations, NGOs, non-resident delegations and permanent missions in their integration process within the Geneva environment, to providing assistance in development projects and fundraising activities on a global scale, and to stimulating intergenerational dialogue on current issues.

On 8 April, Greycells asked Ms. Lidiya Grigoreva, Head of the NGO Liaison Unit within the Office of the Director-General of the United Nations Office in Geneva (UNOG), to speak at the “Grey Talk”: “NGOs role and influence in decision making before and after the pandemic”.

This is a summary of Ms. Grigoreva’s thoughts stemming from her 20-year experience in liaising between NGOs and the UN system. In her own words, this is how tomorrow will look like for civil society organizations. And we have the feeling that we should start adapting to it already from now on.

In his address to the General Assembly, in January 2020, the UN Secretary General (UNSG) Antonio Guterres highlighted the four looming threats that endanger progress in the 21st century.

“The four horsemen”, as the UN Secretary General coined them, are the surging geopolitical tensions, the climate crisis, the global mistrust in institutions, and the downsides of technologies.

While climate change is acting as a multiplier of all threats, inequalities between rich and poor and among communities are growing, as well as systematic societal inequalities, even in developed countries. Inequalities undermine social cohesion, posing a challenge to human development, jeopardizing the fulfilment of human rights and posing a threat to peace and security. New technologies offer unprecedented global opportunities to transform sustainable development, but they also pose social, ethical, legal questions – difficult to address and affecting us all.

It is to be expected that the situation created by the COVID-19 will only exacerbate these challenges and impact the work of NGOs.

The appreciated role of NGOs

Over the years and collectively, NGOs have made an important contribution to humanity. For example, and just in relation to the UN, they have organized themselves and advocated for the UN General Assembly to pass new resolutions and treaties. They have pushed for the creation of new units within the UN institutions (such as the Office of the High Commissioner on Human Rights). They were also instrumental in the development and establishment of the International Criminal Court, and brought issues to the attention of the UN, which governments had failed to do. In addition, they are the ones that steadily deliver humanitarian assistance, and they promote the realization of the Sustainable Development Goals.

The UNSG is convinced that civil society and grassroots organizations have a fundamental role to play in fighting the COVID-19 at local level, as he highlighted it in the recently launched report on the socio-economic impact of Covid-19. NGOs bring economic and livelihood opportunities, and can adapt responses to the community context. For individuals and families in some places, they are the only point of reference on the pandemic. NGOs have been the first to reconfigure themselves and to push for new initiatives backing state medical systems all around the world, by creating national emergency funds, partnering with one another to channel donations, providing assistance in nursing homes and other facilities through technical support and medical teams.

The UNSG also acknowledged that the role of humanitarian NGOs is crucial in this crisis, especially for treating those affected and for helping to protect healthcare workers. That is why NGOs will play a direct role in the 2-billion dollar Global Humanitarian Response Plan (and Fund) announced on 25 March.

The work of NGOs has never been an easy one, however, civic space has been shrinking for civil society since 9/11, including in well-established democracies. Increasing restrictions have hindered the activities of civil society in all areas and their space for action have shrunk significantly. Human rights organizations and pro-democracy groups were first affected, and in the last ten years the problem has spread to a wider range of organizations.

Governments have created legal and administrative barriers that made it more difficult for NGOs to receive funds (foreign and domestic), to hold public gatherings, to register as organizations and to express their views. Tactics have been put in place to discredit civil society groups and weaken them vis-à-vis the general public.

In addition, we have seen the rise of government-organized NGOs (GONGOs), i.e. NGOs sponsored or set up by governments to further their own interests. Critical voices and groups have been side-lined by restrictions on freedom of expression – limiting their capacity to influence policies and reach the decision-making level, and NGOs workers have been subject to intimidation and, often, harassment.

The Coronavirus crisis may worsen this scenario with the possibility of these coercive trends increasing even after the pandemic. Given the threat to global health, many countries have introduced measures aimed at containing the spread of the virus. Some of these unprecedented measures have been taken in a rush, without the usual democratic processes. Public gatherings are being banned; people are ordered to stay at home; freedom of movement between and within national borders is being restricted; surveillance measures are being used to monitor people’s movements; access to health care is restricted to emergencies. Non-compliance is sanctioned and authorities are exercising exceptional powers.

While their necessity is understandable, those restrictions are affecting the enjoyment of Human Rights[1] as well as the working conditions of NGOs and civil society. While such measures are expected to be time-bound, there is a risk that some might stay or be reactivated at a later stage, endangering thus the most fragile democracies.

Key aspects for the future of NGOs

According to Ms. Grigoreva, governmental institutions and the UN should, after the pandemic, pay closer attention to four elements that are important for civil society development:

The latter being the biggest issue of all, as it will probably become more difficult to access and ensure sustainable financial resources, especially for long term activities. The economic crisis after COVID-19 is expected to limit donors’ capacity and availability, consequently making it more difficult for NGOs to rely on their contributions. NGOs will have to re-think their business model, to diversify their income and build new alliances with other NGOs, as opposite to focusing on competing for public funding.

Still, there is room for optimism. Given the role they have been playing during the pandemic, NGOs will most likely have a stronger voice in shaping multilateralism.

Multilateralism was already going through a transition before the virus started to spread. The old state-centred model was slowly giving space to a new inclusive and collaborative one, with more actors joining the discussion. As they have proven their relevance in battling health emergencies in developing countries, and in being at the forefront of solidarity efforts in solid economies, their role could become stronger than before.

Vulnerable groups will need growing support during the downturn that will follow the present restrictions, and the consequent loss of jobs and livelihood. NGOs will be tasked to ensure that the needs of these people are taken into account in post-pandemic policies, especially in relation to health and social issues. NGOs will be the best placed to help authorities reach the most vulnerable populations, because they have been able to establish close contacts with the latter, earning their trust ahead of the crisis. NGOs will also have a role in monitoring the implementation of emergency measures in relation to tracking both surveillance and the use of collected data. Their engagement at the UN level will definitely increase.

As the future after Covid-19 looks uncertain and volatile, Dianova International agrees that the work of NGOs and civil society will be paramount for the society’s most vulnerable populations. But it may also provide a bottom-up motor for innovation and higher level engagement. Not one NGO should miss this opportunity. Many thanks to Ms. Grigoreva for her useful insights and many thanks to our friends from Greycells for providing such great food for thoughts.

Check out for more of the Grey Talks, here.