Viral hepatitis is an infection that causes liver inflammation and damage. It can be caused by different viruses spread in various ways 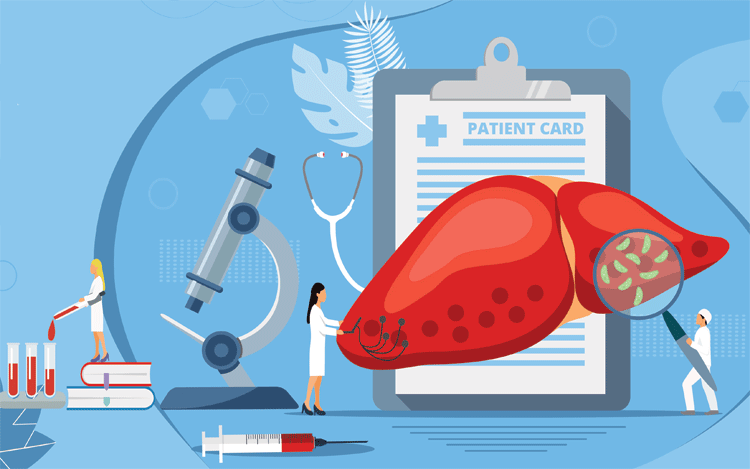 According to the World Health Organization, there are over 1.1 million deaths per year caused by hepatitis B and C infections globally

By José Peres, PharmD – Born on July 28, 1925 in Brooklyn (USA), Dr. Baruch Samuel Blumberg was not only a brilliant physician but also an adventurer.[1] Throughout the 1950s, Dr. Blumberg traveled the world, taking human blood samples to study genetic variations. His work investigating the relationships between gene distribution and disease susceptibility, considered in earlier years by many as field trips rather than science[2], led to the discovery of the hepatitis B virus (HBV), and the later development of its diagnosis test and vaccine.

Since 1982, the year the vaccine became available, more than 1 billion doses have been administered worldwide. According to Jonathan Chernoff, scientific director at the Fox Chase Cancer Center in Philadelphia, where Dr. Blumberg spent most of his professional life, it is fair to say that “Barry prevented more cancer deaths than any person who’s ever lived.” [3] The World Hepatitis Day takes place on July 28 in his honour: not only did Mr. Blumberg identify the hepatitis B virus but he also developed a vaccine and later freely distributed his vaccine patent in order to promote its distribution. In 1976, Dr. Blumberg received the Nobel Prize for discovering “new mechanisms for the origin and dissemination of infectious diseases”.

Hepatitis is an inflammation of the liver, most commonly caused by a viral infection. Although there are five main types of hepatitis virus, the HBV and hepatitis C virus (HCV) have the most significant bearing. Chronic hepatitis B and C are life-threatening infectious diseases that cause severe liver damage, cancer, and premature death.[4]

Hepatitis C is spread through blood-to-blood contact. HCV infection is the most common infectious disease among people who inject drugs (PWID), being easily transmitted through the sharing of needles and syringes. While there is a vaccine to prevent hepatitis B, there is still no vaccine for hepatitis C.

According to the World Health Organization (WHO), in 2019 there were 58 million people living with chronic HCV infection – less than a quarter of them were diagnosed.[5] WHO’s latest figures also show that only 9.4 million people diagnosed with hepatitis C received treatment from 2015 to 2019. There are over 1.1 million deaths per year caused by hepatitis B and C infections.[6]

Europe is no exception. The European Centre for Disease Prevention and Control (ECDC) estimates that in the European Union and the European Economic Area, there are approximately 4.7 million people with chronic HBV infections and 3.9 million people with chronic HCV infections. Each year, around 64 thousand people die from liver cancer, cirrhosis, or other chronic liver diseases attributed to HBV and HCV in Europe alone.[7]

There are five kinds of hepatitis and each has different causes; they share however one thing in common: they all infect the liver and cause it to get inflamed

The goals we have set

In 2015, UN Member States adopted the Sustainable Development Goals (SDGs) for 2030[8]. In 2016, the World Health Assembly endorsed the first Global Health Sector Strategy to eliminate viral hepatitis as a major threat to public health by 2030[9]. Europe is following suit.

The European Union and its Member States support the SDGs to combat viral hepatitis through increased access to integrated testing and treatment within harm reduction and drug treatment services.

So, what has been done lately?

In December 2020, the Council of the EU adopted Europe’s Drug Strategy for 2021-2025[10]. This strategy provides the overarching political framework and priorities for future European drugs policy.

In the Council’s recent Action Plan[11], Member States have agreed to maintain and, where needed, scale up measures to reduce the prevalence of drug-related infectious diseases, particularly the early diagnosis of Hepatitis C and HIV/AIDS. Member States have also committed themselves to enhance access to treatment after diagnosis to eradicate Hepatitis C.

This year has also seen one of the main priorities in health for the European Commission come to life with the new strategy – Europe’s Beating Cancer Plan[12]. The new strategy is set to save lives through sustainable cancer prevention. In this plan, the Commission pledges to help ensure access to vaccination against HBV and treatments to prevent liver and gastric cancers associated with HCV infections. It will also propose a Council Recommendation on vaccine-preventable cancers to help address cancer risks associated with Hepatitis B.

On World Hepatitis Day, the European Monitoring Centre for Drugs and Drug Addiction (EMCDDA) launched a new set of resources to help European countries meet health targets to eliminate viral hepatitis. The resources presented in an online toolkit[13] are part of a more comprehensive EMCDDA harm-reduction initiative supporting countries in their efforts to prevent and control infectious diseases among PWID. The toolkit is designed to increase access to hepatitis C testing and care in drug services.

More examples of hepatitis policies and projects could be made[14], including the action plan for the health sector response to viral hepatitis in the WHO European Region or the elimination of HCV among PWID monitoring efforts done by the EMCDDA and the ECDC.

Although there is some political will and positive results, there is still much more to be done in Europe and abroad. Dr. Blumberg’s journey continues.

[4] What is viral hepatitis? The World Hepatitis Alliance 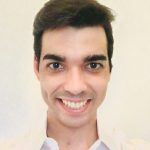 José Peres, PharmD, is a Public Affairs and Communications professional with expertise in health policies and experience across the pharmaceutical sector. José advises and works with pharmaceutical companies, patient associations, and national and international NGOs towards advancing their interests in Europe and abroad. José supports Dianova through The Good Lobby, an international non-profit aimed at fostering the work of civil society organizations across Europe.