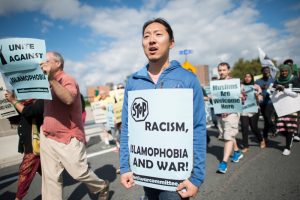 In the rise of widespread manifestation of hate incited in public debates as well as through private social media accounts, on Tuesday government officials, civil society and private sector representatives gathered on a High Level Forum at the United Nations to address anti-Muslim discrimination and hatred. The event considered the growing challenges in face of the contemporary wave of xenophobia and highlighted innovative approaches to fight it, including governmental anti-discrimination policy, civil society coalition building, and the change of narrative as means to promote pluralism and inclusion in our societies.

The Organization of Islamic Cooperation together with Canada, USA and the European Union (EU) – all important territories of destination in migration flows – led the rich exchange of practices and ideas to help build trust, respect and tolerance between different cultures and communities. Education was identified throughout panelists and participants as a key tool to empower all identities.

Public servants, children, educators, government officials, civil society, private sector, and migrants themselves, on all professional capacities, need to be trained on matters of human rights and cultural diversity. The objective is as about building strong and responsive institutions and societies as it is about building sensitive and opened human beings

The negative portrait of Muslims in the mainstream narrative and the recurring association of Islam with terrorism have legitimized security measures that violate Muslims’ rights and have caused substantial harm to their integration in receiving countries. Particularly, it has resulted in a backlash on women’s empowerment imposed by the several limitations on the use of hijab in public spaces, workplaces and schools, and therefore on the very participation of Muslim women and girls. And so it persists the challenge as depicted by Richard Arbeiter, Canadian Director General for Human Rights, Freedoms and Inclusion: how to make the Muslim good stories, the human stories, the predominant narrative? 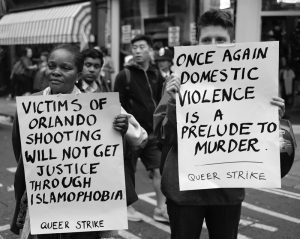 Some interesting efforts shared in the event that have been fostering this change of narrative include the use of humor and visual arts in mass communication vehicles and through social media tools. For instance, the inclusion and portrait of Muslims is their human conditions in TV shows, movies and series, moving the spotlight to the humanity itself, has proven effective in allowing non-Muslim individuals to relate to their struggles and experiences, and to comprehend the cultural differences without the element of fear of the unknown. Furthermore, putting emphasis on and gathering data about the positive contribution of Muslims and other migrants to the social and economic development of countries of destination can also impact the narrative we aim to build. Likewise, working on local levels to engage native communities, newcomers and the private sector in multilateral tables also have the potential to unlock solidarity, understanding, and opportunities.

It is relevant to put into context that xenophobia, racial and religious discrimination are not a new phenomenon. Across history several human groups have been target of hate crime, abuse, and discrimination.

as appropriately pointed out by the EU representative for Human Rights, Stavros Lambrinidis, at different moments in history we have all been minorities. Bearing that in mind, the only way to end the rotation of subjugation of one group over the other that endanger us all, is to celebrate diversity and to truly understand and acknowledge the assets in our differences. It is to accept, defend, and protect the fundamental human rights of all humankind. Only then we can all be safe, for this and future generations.