Thanks to “major groups and other stakeholders (MGoS)”, the voices and concerns of the poorest and the most vulnerable can now be heard 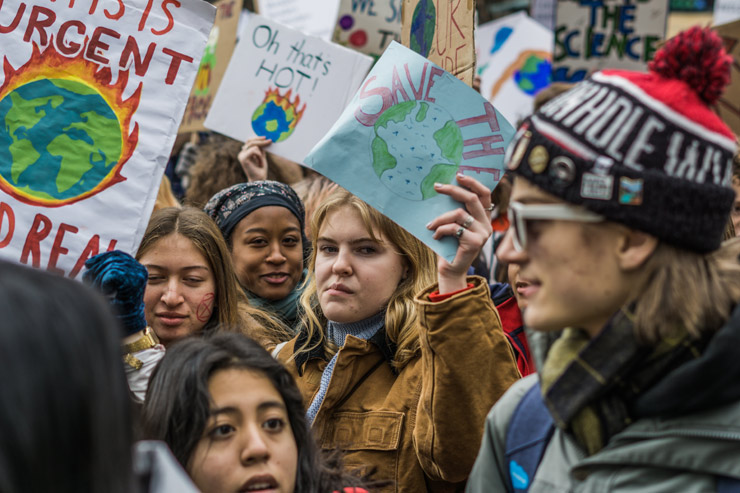 Civil society can be a major actor for change – Activists holding a demonstration calling on for changes in climate policies – New York, 2019 – photo: Shutterstock, license: CC

By M. Victoria Espada – The first United Nations Conference on Environment and Development (UNCED), which took place in Rio de Janeiro in 1992, recognised that sustainable development can only be achieved through active participation of all sectors of society and all types of people. Also known as the “Earth Summit,” the conference was attended by more than 22,000 representatives of non-governmental organisations (NGOs), as well politicians, diplomats, and scientists to provide concrete proposals for responding to economic, social and environmental challenges. At the same time, many representatives of these organisations met at the Global NGO Forum in Rio to share their own vision of development.

One of the fruits borne by the open and engaging atmosphere of this conference was Agenda 21, a global action plan for the promotion of sustainable development. This plan identified nine sectors as principles channels for facilitating the participation of civil society in UN activities associated with sustainable development. Officially referred to as “major groups”, these sectors include: women, children and youth, indigenous peoples, NGOs, local authorities, workers and trade unions, business and industry, the scientific and technological community, and farmers.

The importance of involving these nine sectors of society was reaffirmed 20 years later at the United Nations Conference on Sustainable Development , or “Rio+20”. Its final document, entitled “The Future We Want” emphasized the crucial role of the major groups in the pursuit of sustainable societies for future generations. In addition, “other stakeholders”, such as the elderly, people with disabilities, and volunteer groups, among others, were invited to participate in UN processes related to sustainable development. Over time, other relevant groups were added until reaching the 18 that are now known as major groups and other stakeholders (MGoS).

The 18 major groups and other stakeholders were also an integral part of the preparation and adoption of the 2030 Agenda for Sustainable Development, a global action plan for the people, the planet, and prosperity.

According to this document, 17 Sustainable Development Goals (SDGs) and 169 targets were “the result of over two years of intensive public consultation and engagement with civil society and other stakeholders around the world“. Since its adoption, these groups have been actively working to make sure that the concerns of civil society, especially those of the poorest and most vulnerable, are heard. They also play an important role in the annual follow-up and review process of the 2030 Agenda and the SDGs that usually culminate in the High Level Political Forum on Sustainable Development (HLPF) in New York in the month of July.

Although the recent HLPF 2020 was held virtually to avoid the spread of COVID-19 and was very different from the previous events, the 18 major groups and other stakeholders actively prepared for and participated in the event through their civil society representatives. In addition to virtually attending official planning meetings and contributing to the Ministerial Declaration draft document, which is awaiting its approval by consensus of Member States, the groups presented 15 documents communicating sectoral positions and 15 written declarations for the general debate. They also participated in themed sessions of HLPF as main rapporteurs and commentators, organized over one hundred parallel virtual events and contributed to presentations on follow-up reports on Voluntary National Reviews of SDGs on the part of Member States.

On behalf of civil society groups, the NGO Major Group voiced the perspectives of more than 1,200 organisations committed to Agenda 2030 and the SDGs at HLPF. Coordinated by organising partners, through one of the NGOs – Dianova International – the NGOs emphasized inclusion; local community participation and empowerment; comprehensive, multi-sectoral and interdisciplinary approaches; and alliances between actors, sectors and countries, among others, as the true accelerators of development. It also emphasized the need to achieve global welfare based on peace, justice, and fairness for all. Together, the 18 major groups and other stakeholders reminded the world yet another time that not leaving anyone behind also means giving voice to and facilitating participation of the poorest and most vulnerable in the general debate on sustainable development.