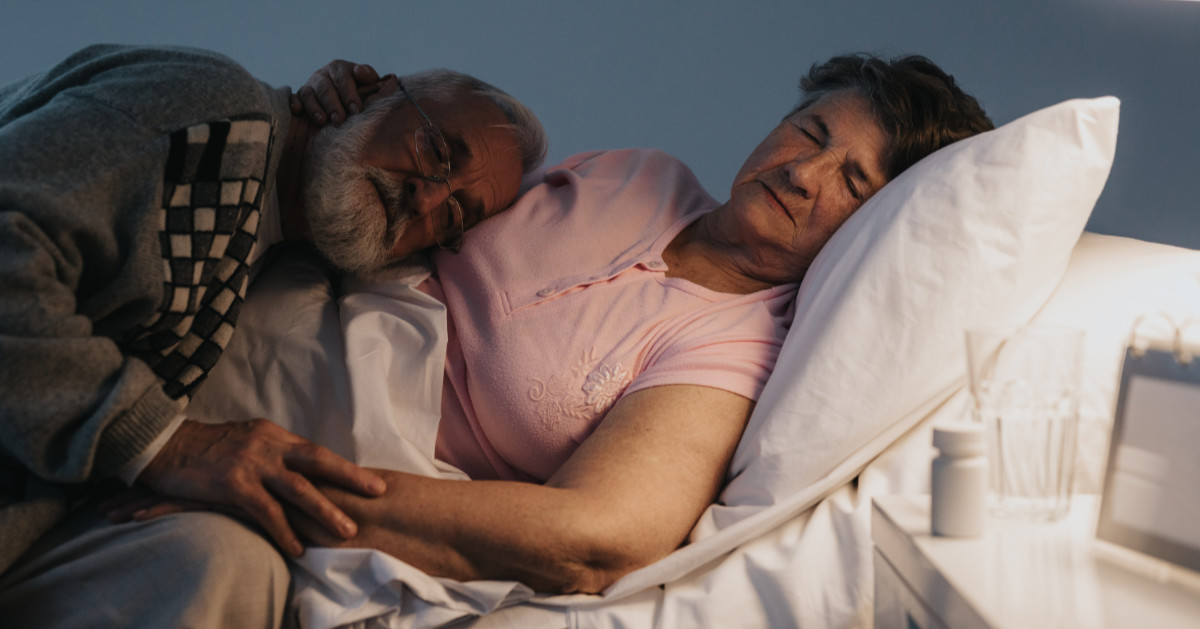 There is an abysmal ‘pain gap’ between rich and poor countries: nearly 26 million people around the world suffer intense pain without painkillers, of whom 83% live in low- and middle-income countries – Images: Shutterstock

Smriti Rana works at Pallium India, a charitable trust whose mission is to catalyse the development of effective pain relief and quality palliative care services and their integration in health care across India through the delivery of services, education, building capacities, policy, research, advocacy and information.

By Smriti Rana, Pallium India – In 2018, the report published by the Lancet Commission on Global Access to Palliative Care and Pain Relief exposed for the first time that over 68 million people experience serious health-related suffering (SHS) globally, 80% of whom were in Low and Middle-Income Countries (LMICs).

The need for palliative care is greater in LMICs because disease-specific treatment does not reach patients adequately or in time.  Consequently, palliative care casts a wider net in these countries, going beyond symptom control, end of life care or specific disease groups. Mitigating SHS requires addressing the suffering of the whole family, in addition to the physical distress of the index patient. There must be consideration for their social, emotional, spiritual suffering, the assault on dignity and autonomy, and recognition that the illness of one person has a multi-generational impact. The most vulnerable are ground down between the unstoppable force of technocratic, often futile and impoverishing medical interventions, and the immovable rock of natural biology.

While it’s not easy to measure the depth and breadth of service requirement, the internationally accepted proxy indicator of a country’s palliative care provision is the average morphine equivalence consumption.

Distributed opioid morphine-equivalent (morphine in mg/patient in need of palliative care, average 2010-13), and estimated percentage of need that is met for the health conditions most associated with serious health-related suffering – Source: International Narcotics Control Board and WHO Global Health Estimates, 2015

This map based on data shared by the International Narcotics Control Board, became the signature of the Lancet Commission report. It illustrates the disparity in access to opioid analgesics in different parts of the world, and the estimated percentages of the needs met. 90% of the morphine for pain relief is consumed by 10% of the world’s richest countries. Asia’s morphine per capita consumption at 36 times less than the global average.

The roots of the “access abyss” can be historically traced through the commodification of substances that were traditionally used as medicine. The entry of the term ‘drug’ into our lexicon reframed the episteme.

India’s relationship with opiates for instance, pre-dates colonization. With the obscenely profitable opium trade under the East India company, it became the commodity that fueled Empire. It was traded for over a century in spite of its well-known dangers. This trade shaped much of what Katherine Pettus has termed the “Cartography of Pain”. Today, the biggest burden of pain is experienced by erstwhile colonies.

Colonialism itself has expressed itself in waves – from formal colonization to neo-colonialism which have created and exacerbated the pain divide. Current policies – largely determined and imposed by the Global North, and influenced by the US narrative – are centred around licencing, prescription and control, disproportionately impacting the very countries that grow and manufacture the raw material. These regulations may make sense for Western countries strengthened by bodies like the FDA and well-equipped health facilities and resources, not so much in Global South settings.

Policies and practices dictated by the West

Western corporate capture continues to dictate and shape access, manifested in essential medicines lists and reimbursable insurance packages. An additional paradoxical situation in LMICs is that expensive opioid formulations are the only ones available, while low cost, immediate release morphine either continues to be unavailable, is the last to become available, or is difficult to access. In their absence, high cost formulations like Fentanyl transdermal patches are not just prescribed, but promoted, in spite of belonging to the same class, and covered by the same regulations. While opioids for medical use are available, they remain inaccessible.

Impoverished patients are then pushed into the overuse of other less effective prescriptions. This is considered an acceptable practice because in prescribing these, physicians don’t have to contend with the damning narratives that morphine and other opioids are subjected to. Self-medication with over-the-counter prescription drugs increases. All of this effectively compounds the suffering.

There is inadequate consultation with LMICs on whether systems designed based on best practices modelled by the West would be appropriate or sensitively implementable in LMICs. Discussions tend to focus on input indicators like policy and legislation, which are certainly important, but in countries like India do not necessarily translate into effective implementation.

Decisions that directly impact LMICs are still driven by Global North countries – in Geneva and Vienna. Most Global South countries do not even have diplomatic missions there, resulting in the exclusion of those whom these decisions impact the most.

A global pandemic of untreated pain

The UN Drug Conventions place on all member states the dual obligation of two core imperatives – to prevent the non-medical use of controlled substances, and equally, to ensure adequate availability of controlled substances for medical and scientific purposes. Historical misalignment between these two core imperatives has produced two opioid crises – one of access and “the global pandemic of untreated pain,” and the other a more regionally defined epidemic of opioid use disorder and fatal overdose.

Determined and imposed by the Global North, the current policies on morphine-equivalent distribution worldwide are centred around licencing, prescription and control, disproportionately impacting the very countries that grow the raw material, i.e. the former colonies – Image: palliumindia.org, all rights reserved

But the system remains focussed on control, not access.

The ‘Cartography of Pain’ and the ‘Access Abyss’ are not just issues for palliative care advocates. They are global public health issues.

Control and access are viewed as two opposing sides, with arguments being made in terms of ‘harm versus value’.

In the words of Professor Sean Mackay – a Commissioner on the Lancet-Stanford Commission on the North American Opioid Crisis – “We should not be pro-opioid, or anti-opioid. We should be pro-patient”.

Balance comes from focus on the suffering of the individual and their families, be it from substance use disorders or lack of pain relief. It is essential to understand that opioids in LMICs are not only needed for pain relief but also for the alleviation of the compounded suffering brought on by this lack of access. No one should have to choose between the two sides of the debate, if either option results in suffering.

Palliative care as a key to universal and comprehensive health care

The 2014 World Health Assembly Resolution recognized palliative care as an essential component of comprehensive and universal healthcare. It is included in Universal Health Coverage along with health promotion, disease prevention, curative treatment and rehabilitation.

“Access and Availability of controlled substances” became a focal point following the 2019 Ministerial Declaration at the 4th CND intersessional. Within that landscape, the CND, WHO and INCB launched the joint call to “Leave no patient behind”, to ensure access and availability of good quality medicines under appropriate governance and international restrictions. Medicines for pain relief are an absolutely essential component of that, given that at any given point in time, approximately 15 million people in South Asia alone are experiencing persistent and severe pain.

In April 2022, the 2018 Lancet Commission on Pain Relief and Palliative Care and the 2022 Stanford-Lancet Commission on the North American Opioid Crisis came together to present the main findings of their reports. More importantly, they charted the course with a historic acknowledgement that these are not two opposing issues, but deeply intertwined ones that require collaboration.

Pursuant to the “War on Drugs” approach, several countries adopted highly restrictive policies for control. This rhetoric was interpreted in reductive and harmful ways. The age of harsh enforcement has led to the vilification of substances without any regard for the “Principle of Balance”.

Excessive prescription opioids in some countries shouldn’t blind policy makers to the pain crisis in other countries. The singular focus on inappropriate use is not adequately evened out by the available evidence of successful achievement of balance, which should be models.

Let us focus on not only improved access, but safe access to opioids. On well-calibrated, compassionate and smart regulatory systems, and fit-for-purpose supply chains for controlled medicines, while simultaneously providing the guardrails of training and evidence-based information about the safe use of opioids for pain relief.

Let’s focus on partnerships. The common denominator underscoring every example where the Principle of Balance has been successfully achieved, is partnership between the mighty infrastructure of government and the expertise of professionals and civil society actors. And the driver of appropriateness has been patient-centredness, which is transformed into practical relief from suffering in sustainable and scalable ways.

We must reimagine controlled medicines through a post-colonial framework. A vision informed by collective international action rooted in post-colonialist ethics and approaches to ensure equitable access, particularly for historically excluded stakeholders from LMICs. 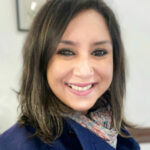 Smriti is head of the Strategic Partnerships and Community Engagement department at Pallium India. She holds a Master's degree in Science in Integrative and Holistic Psychological Counselling, with 18 years of experience in palliative care.