If we feel that something is wrong, we should start to analyse our beliefs and identify which ones are really valid and which are not 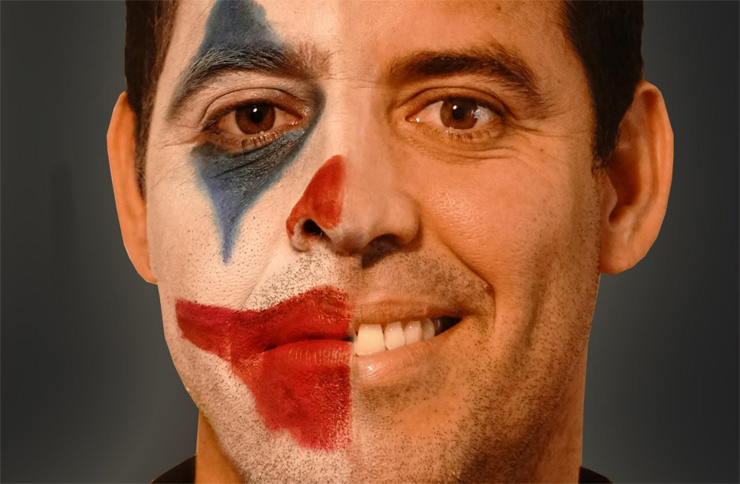 Article from the Novasalud journal, 2020 edition – Novasalud is a center dedicated to providing specialized services in mental health and addiction through a multidisciplinary team

By Ana María Lhorente, Educational Psychologist- Magister in Psychology, Education and Adolescence – A belief is the state of mind where an individual assumes the knowledge or experience they have about an event, or thing, is true. When put in objective terms, the contents of the beliefs can be conceptualized as states of mind, in which people assume, to be true and valid, the knowledge or experiences they have about certain events or things. These beliefs are part of mindsets, which also include all types of attitudes and paradigms present in any particular person.

There exist a set of essential beliefs that people have about themselves, about the world, and about other people. These are implicit beliefs, which are based on emotional experience, and are beliefs that people stick to strongly, to the point they will uphold them even when faced with evidence against them.

Many Psychologists claim that human beings work in the same way as a ‘belief machine’. In this way, they maintain that, in order to favour survival, humans develop complex belief systems that are not fundamentally orientated to the pursuit of truth, nor are they necessarily guided by the principles of logic. In this sense, when people generate beliefs, their main concern, is far from ensuring they are real and true. The behaviour of this system is capable of generating as many false beliefs as correct ones. In the way they serve to guide a person’s future actions, regardless of whether they are correct or not, they fulfil their function of being. Beliefs are ideas we have been unconsciously internalizing in our minds and, without us realizing it, they direct our actions and drive us to act in one way or another, without us deep down knowing why.

These beliefs start to form in the first years of our lives, from the education we receive from our parents, we take for granted everything they teach us; since a child is not ready to analyse if the messages his parents send him are correct or not. Therefore, if our parents send us the message that “the world is dangerous” or that “people cannot be trusted”, beliefs they may well have received from their own parents or have created according to their own experiences; we then include them in our subconscious, and so, we will also act according to them.

How do we develop beliefs?

Our success, or failure, is based as much on our opinions, as our convictions and beliefs. Thus, if we feel that something is wrong, or that our life is not going in the direction we would like, we should start to analyse our beliefs, and identify which ones are really valid and which are not.

From a young age, we absorb all the messages we receive, both consciously and subconsciously from the people around us. We filter them according to our experience and, if they are confirmed, we record them as experiences that may be useful to us for similar situations in the future. At first, this is beneficial, as it prevents us from having to learn from every experience as if it were the first time. However, it can be harmful if the belief is counterproductive.

We shall start by defining what a belief is

It is a subjective mental state where the person considers an element as “true”, which generally has an absence of clinical analysis and strong arguments. We could say that it is an idea considered as true by whoever has it, something they believe in blindly without being able to resist.

When facing the subconscious of a person, a belief is very resistant to any change, and is beyond the control of the individual; that is where the saying “your ideas are yours, but your beliefs have you” comes from.

From the outset, when talking about beliefs, it is very important to determine, to understand, that there are no such thing as true or false ideas. Those which push me to become the best version of myself, could be limiting or harmful to your progress. Through coaching, the fundamental thing is to analyse, together with the person, if the beliefs, on which they support themselves, help them to achieve what they want to improve, or if they limit their possibilities of reaching their goals.

So, we are not talking about true or false beliefs, but about what empowers or constrains. I am now going to define each one of them:

Where do our beliefs come from? Who chooses them?

Without a doubt, it is from our childhood, where all the information we receive passes almost immediately to our subconscious, without us thinking or questioning the truthfulness of said information. That is why our beliefs come to us from the environment we live in, from the opinions of those around us, and of the lived experiences in our surroundings.

We choose them, day by day, and moment by moment. All of this makes us believe in concrete ideas which, we do not question until well into adulthood; in the worst case scenarios we never think about them again: “it has always been like this”.

A child who has lived with parents who were very critical of them will develop low self-esteem, which will, in turn, hinder them from reaching their full potential. Meanwhile a child surrounded by people who openly show them affection, and praise their achievements obtained in any aspect of their life, will develop beliefs such as “I’m intelligent”, and this will help them value themselves more and succeed in reaching their goals.

In this way, there are a great number of beliefs that limit us day to day:

Compared to other beliefs that empower us and bring us closer to our goals:

Is it possible to change our beliefs?

In NLP (Neurolinguistic Programming), Integrative, Ontological, and Systemic Coaching, we use numerous techniques to change beliefs with fantastic results! If you can’t get on with something or you are not able to identify with it, don’t worry about asking for help, you will see how much you can achieve with it.

Clearly, the System of Beliefs constructed throughout our lives is connected to our Mental Health. Be aware of them, dare to look at them. Perhaps, they are only internal connections with dogmas and paradigms that do not correspond to your identity.  You can transform them and have the results that inspire you.

And remember: You can do whatever you want, don’t accept any other belief that hinders you or that does not take you towards your goals.