By practicing sports, we generate higher levels of BDNF and therefore, we reduce the brain’s “need” to consume drugs

By Eduardo Torras-Hijar – Advancements in neuroscience, especially those relating to BDNF (brain-derived neurotrophic factor), are not the easiest of topics to understand; nevertheless, we are going to try to explain them in the clearest way possible.

BDNF is a protein that was originally described as a growth factor. It stimulates the growth of connections and improves brain function. Furthermore, the most interesting thing about BDNF is that it acts as a neurotransmitter, in addition to being a growth factor. This means that it is passed from one cell to another. In other words, it facilitates communication between different cells. This is very important as we have been able to demonstrate that physical exercise affects specific molecules, such as BDNF, through the development of molecular biology.

The latest research has revealed that playing sport regularly, especially cardiovascular sport (such as athletics, cycling, swimming, etc.), increases BDNF levels. Researchers from the University of the Basque Country have shown that local administration of BDNF in the medial prefrontal cortex suppresses the resumption of drug-seeking behaviours by normalising alterations in glutamatergic transmission in the nucleus accumbens. This information may be a little difficult to understand for those of us who are not scientists, so we can summarise it in the following way:

By practicing sports, we generate a higher level of BDNF and, with greater amounts of BDNF, we reduce the brain’s “need” to consume drugs.

A high percentage of relapses are preceded by the occurrence of a craving. A craving is an intense and unstoppable desire (or psychological need) that leads the individual to give up their withdrawal.

In 2009, the scientific journal Science published a team study coordinated by Scott Steffensen from Brigham Young University (Utah), which confirmed that this protein is a critical regulator of drug dependency. After a BDNF injection, chemical substances are produced that inhibit the neurons that cause drug dependency.

Neuroscience has shown that the production of BDNF increases brain plasticity and makes the brain more adaptable to changes. People with addictions have to make many changes to their lives at all levels, which can include emotional changes, changes to routines and changes to the way in which they relate to the world and to people. A brain with more BDNF will be better adapted to these changes.

Once again, we see how sport not only helps people to develop a new and healthy friendship network and to improve their physical wellbeing, but it also helps them to have a brain that is better prepared for the changes that must be made when they decide to leave their drug consumption behind and lead a clean, structured and happy life.

As we see, practicing sports increases BDNF molecule levels, especially through a structured sporting regime, with clear and achievable objectives, taking place in a group setting, and led by professionals who are trained to work with people with addiction problems.

The exercise and sports programmes developed by sport2live for people with drug problems and other addictions improve all aspects of a person’s life: biological, psychological and social.

lastly, it should be noted that these programmes are in line with WHO recommendations and the specific nature of exercise and sports programmes for people who are in the process of recovering from an addiction. 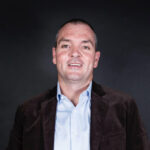 Eduardo founded sport2live in 2013 because sport helped him in his recovery process. Trained in business management and marketing, Eduardo is a Family Addiction Interventionist, and an International Certified Alcohol and Drug Counsellor (ICADC)/Crisis Interventionist (CI). He is also certified by the International Certification and Reciprocity Consortium (IC&RC). Eduardo is passionate about sport and regularly goes running, does triathlons and fitness activities, and plays paddle tennis and golf.