Montse Rafel, Director General of Dianova International, tells us about the campaign “Bringing addiction stigma to and end” 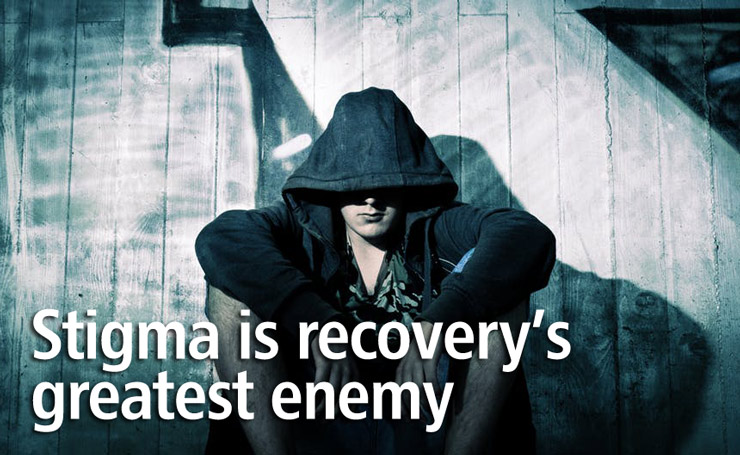 “Stigma, repressive policies, and exclusion prevent access to treatment, harm reduction and other health services; they prevent people from enjoying the full extent of their rights!” – Photo: CC

Montse Rafel is the Director General of Dianova International since 2006. During these years, Mrs. Rafel has contributed to strengthening the relationships between civil society and international organizations.

“The campaign focuses on raising awareness about the physical and psychological consequences of stigmatizing people facing substance use disorders or behavioral addictions. The campaign aims to emphasize that addiction is not a personal choice but a public health issue that needs to be addressed as such”.

Where does this idea come from?

“During the last decade, Dianova implemented various international campaigns aimed at increasing social awareness about the risks associated with substance- and non-substance-related addictive behaviors among youth, families and parents, and people with substance use disorders”.

“This year we wanted to point out the need to bring addiction stigma to an end because experiences of stigma and discrimination are a common occurrence in the everyday lives of people with problematic alcohol and other drug use”.

What are the consequences of these experiences?

“First of all, most people who struggle with an addictive disorder fail to seek treatment, in part because of their concern that they will be labeled an “addict” or a “wino”. If we could remove the stigma, guilt and shame from the equation, people would find it much easier to make an objective assessment of their situation and discuss openly with a health care provider”.

“Stigma and discrimination also often hinder people’ ability to reconnect with their communities and access employment and housing opportunities. In addition, it can further worsen social disadvantage and lead to social isolation and exclusion which can have dramatic impacts on mental and physical health”.

“Lastly, experiences of stigma and discrimination can increase the chances of becoming involved in risky behavior”.

What does this campaign consist of?

“We’ve created to images that represent people who may experience stigma and discrimination. Their purpose is to invite the general public, as well as specific targets, to think about the importance of respecting people’s rights and dignity. The images are also a call to action:stigma, repressive policies, and exclusion prevent access to treatment, harm reduction and other health services; they prevent people from enjoying the full extent of their rights”.

Is the campaign available in different languages?

“Yes, the campaign will be available in eight different languages and we hope that it’ll be widely disseminated, especially in the countries where our network operates, namely in Canada, Chile, India, Italy, Kenya, Nicaragua, Pakistan, Portugal, Slovenia, Spain, Sweden, USA and Uruguay”.

You mentioned specific targets earlier, what are they?

“Stigma and discrimination can be experienced everywhere, but they are pervasive in a four specific settings including health care and public health, employment, the media and policy-makers. A special feature of this campaign is that we are about to release four documents with a list of recommendations adapted to these targets: for instance how media people should realize that the way they report addiction stories and the language they use can fuel stigma and discrimination”.

Who is concerned by stigma in the first place?

“Stigma, repressive policies, and exclusion prevent access to treatment, harm reduction and other health services; they prevent people from enjoying the full extent of their rights”

“People who have recovered from problematic alcohol or other drug use are also subject to experiences of stigma that may persist for years after they have recovered. Imagine, these people are genuinely trying to rebuild their lives but still have to face bias and stereotypes based on the fear of the “addict”. Our society continues to praise the importance of overcoming alcohol and other drugs and becoming “productive citizens” without giving those concerned the opportunity to do so”.

“Lastly, we wanted to address the stigma experience by people who still use drugs, because they are usually seen as vice-driven people totally responsible of what’s happening to them. This is a blatant injustice. Addiction is a multifaceted problem that encompasses a number of factors, but none of them has anything to do with vice or low morality. We’ve got to understand that stigma, repressive policies, and exclusion prevent access to treatment, harm reduction and other health services; they prevent people from enjoying the full extent of their rights”.

What are the broader implications for the international recovery community?