While men and women are not equal when it comes to addiction, gender representations are a major vulnerability factor in women 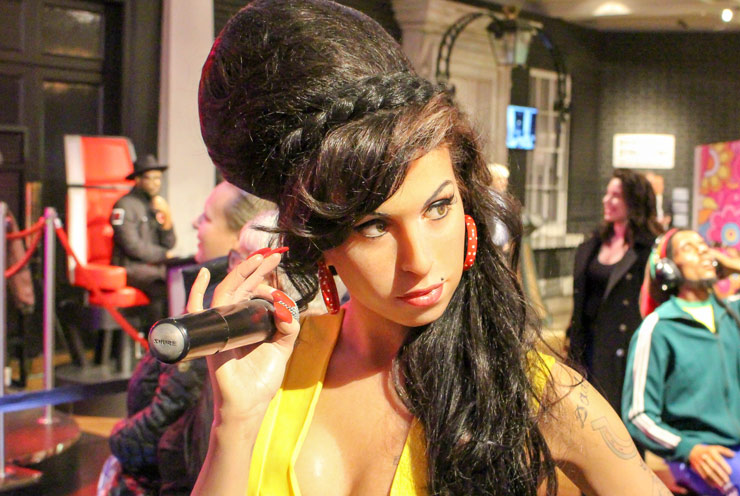 There is greater social tolerance of addiction for men than for women, for example, some media used to portray a celebrity like Kurt Cobain as a ‘tortured genious’ whereas Amy Winehouse, when confronted with similar drug-addled obstacles, was publicly ridiculed and slandered. Double standards – Photo: Amy Winehouse at Madame Tussauds, London. Lazarin Hristov – Public domain

By Pierre Bremond – With the exception of eating disorders, addictive behaviours affect many more men than women. Yet research has shown that while women are much less likely to consume alcohol or other drugs or gamble excessively, they are more likely than men to engage in problematic use, become dependent or suffer from other acute substance use problems.

This may be related to the presence of prior mood disorders and diagnoses of anxiety and depression in women, while men develop these types of disorders as a result of their substance use. As psychologist and psychotherapist Grégory Lambrette explains, “while men take drugs and develop related problems, women are prone to developing disorders that may lead to addiction disorders through a self-medication process. »

Yet there is one factor that plays a key role in the higher vulnerability of female substance abusers and reinforces their stigmatization: gender representations. Like all human behaviours, addictive conduct is largely influenced by gender representations. But what exactly is “gender”? It is in fact a concept that makes it possible to differentiate between what is nature (biological sex) and what is cultural, sexual or gender identity.

Starting from birth, these gender representations (or stereotypes) assign people a set of different roles, tasks and abilities, depending on whether they are male or female. These designations (or labels) encompass all the culturally-perceived “appropriate” behaviours for male or female individuals, feeding into the predictions, choices, beliefs and preferences that accompany the person throughout his or her life. Of course, risk-taking and transgression – two fundamental aspects of addictive behaviours – are an integral part of this social labelling.

Even today, women are still socially judged on their ability to “take care” of their children, their husbands, their body, their face, and others in general. In this context, the misuse or abuse of alcohol or other drugs, and their associated risks, appear to be in opposition to the traditional perception of femininity.

A woman who takes drugs or drinks “too much” is often seen as a failure, a bad mother and a bad wife. For society, a woman who uses drugs is no longer a “real woman” but a fallen woman. She forfeits both her feminine status and the image reflected by it – maternal, protective and caring.

Men and women are not physiologically equal when it comes to substance abuse. For example, studies have shown that if a man and a woman of the same age and weight consume the same amount of alcohol, the woman’s blood alcohol level will be higher. But they are also not equal in terms of social representations and expectations: while men take more substances and use them more often than women, perceptions of excessive use more frequently focus on women.

Men and women are not equal in terms of social representations and expectations:  while men use more substances and more often than women, perceptions of excessive use more frequently focus on women.

In other words, there is greater social tolerance of addiction for men than for women – a difference in treatment perceptible at all levels of society. As noted by the Pitchfork online magazine, some media used to portray a celebrity like Kurt Cobain as a “tortured genius” whereas Amy Winehouse, when confronted with similar drug-addled obstacles, was publicly ridiculed and slandered. Double standards.

Representations internalized by women and present among professionals

Women with addiction disorders tend to internalize these gender representations themselves and the more they are in trouble, the more they think of themselves as “loose”, develop feelings of guilt and shame, and try to hide their addiction. It should be stressed that health professionals are not immune to these gender representations, either. Unless they have received specific training, many of them may have difficulty addressing a patient’s substance abuse issue without passing moral judgement. And it is often more difficult for them to accept excessive behaviour in women.

Lastly, we can question the fact that the interest in women who use alcohol or other drugs most often revolves around issues of pregnancy or motherhood, i.e. situations where a female drug user is perceived as a potential source of danger to her child…

All health professionals may be called upon to look after a woman with addictive behaviours, and they should all therefore be able to receive training in gender representations in order to recognize and address them appropriately while also knowing how to distance themselves personally. Similarly, even addiction care professionals who have had specific training can encounter complex situations that may put them in difficulty. Thus, they should never hesitate to engage in dialogue with other facilities or partner institutions to implement specific support actions to help women with often very painful life stories. 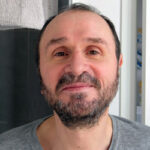 Journalist and addictologist, Pierre Bremond worked for various community newspapers in France before pursuing his career in Quebec. Now residing in Marseilles, France, he is in charge of all Dianova International's publications.