Excerpts from the preface to the World Drug Report, by Ghada Waly, Executive Director, United Nations Office on Drugs and Crime 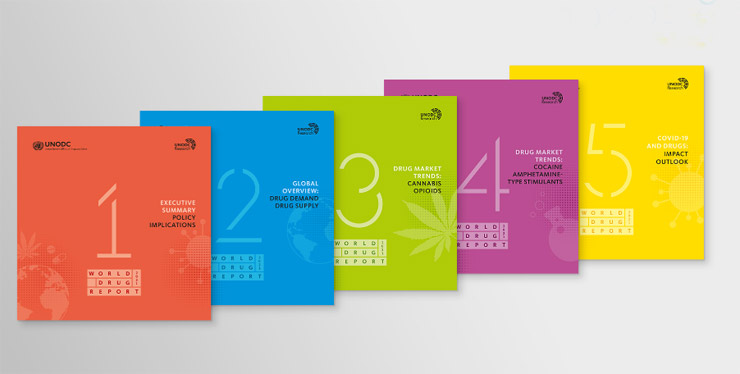 As shown in the WDR2021, despite its dramatic consequences, COVID-19 has also triggered innovation in drug treatment and prevention services – Screenshot from UNODC, all rights reserved

(…) Drug use killed almost half a million people in 2019, while drug use disorders resulted in 18 million years of healthy life lost, mostly due to opioids. Serious and often lethal illnesses are more common among drug users, particularly those who inject drugs, many of whom are living with HIV and Hepatitis C.

The illicit drug trade also continues to hold back economic and social development, while disproportionately impacting the most vulnerable and marginalized, and it constitutes a fundamental threat to security and stability in some parts of the world.

Despite the proven dangers, drug use persists and, in some contexts, proliferates. Over the past year, around 275 million people have used drugs, up by 22 per cent from 2010. By 2030, demographic factors project the number of people using drugs to rise by 11 per cent around the world, and as much as 40 per cent in Africa alone.

Cannabis is often perceived as harmless

There is often a substantial disconnect between real risks and public perception. In some parts of the world for example, cannabis products have almost quadrupled in potency, and yet the percentage of adolescents who perceive cannabis as harmful has dropped by as much as 40 per cent, despite the evidence linking regular use to health problems, particularly in young people, and despite the correlation between potency and harm. 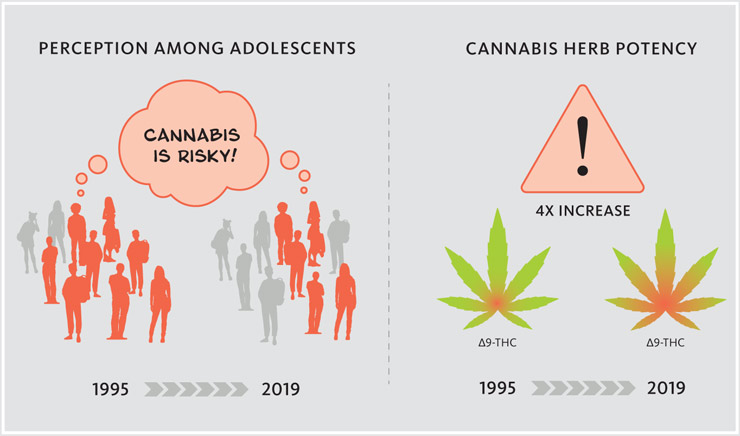 New Psychoactive substances on the rise in low-income countries

New psychoactive substances also continue to be a challenge, as markets witness the introduction of new drugs that are unpredictable and poorly understood. Regulatory and legislative steps have been successful in stemming the tide globally, but in low-income countries the problem is on the rise (…)

Meanwhile, the COVID-19 crisis has pushed more than 100 million people into extreme poverty, and has greatly exacerbated unemployment and inequalities, as the world lost 114 million jobs in 2020. In doing, so it has created conditions that leave more people susceptible to drug use and to engaging in illicit crop cultivation.

Furthermore, disparities in access to essential controlled medicines around the world continue to deny relief to patients in severe pain. In 2019, four standard doses of controlled pain medication were available every day for every one million inhabitants in West and Central Africa, in comparison to 32,000 doses in North America.

Markets on the dark web on the rise

In parallel, drug traffickers have quickly recovered from the initial setback caused by lockdown restrictions and are operating at pre-pandemic levels once again. Access to drugs has also become simpler than ever with online sales, and major drug markets on the dark web are now worth some $315 million annually. Contactless drug transactions, such as through the mail, are also on the rise, a trend possibly accelerated by the pandemic. 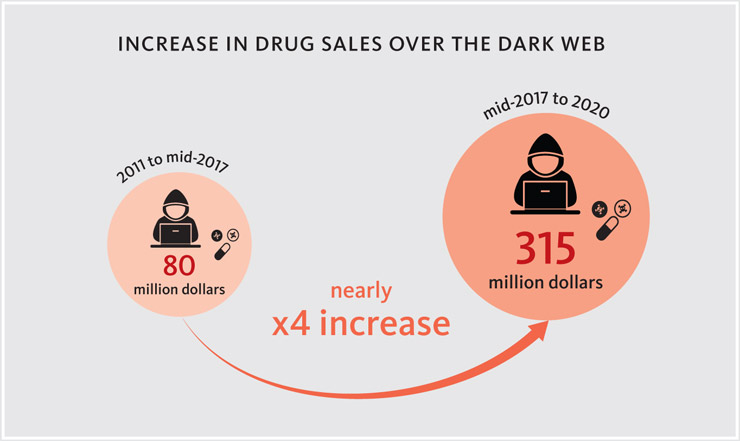 Communicating facts about drugs and promoting science-based interventions is an absolute necessity if we are to reduce demand and supply of drugs, while also facilitating access to controlled medicines for those in need. It is also the surest path to eliminating stigmatization and discrimination and providing adequate treatment, as seven in eight people who suffer from drug use disorders remain without appropriate care (…)