The World Drug Report reveals that prevention and treatment continue to fall short, with only 1 in 7 people with drug use disorders receiving treatment each year 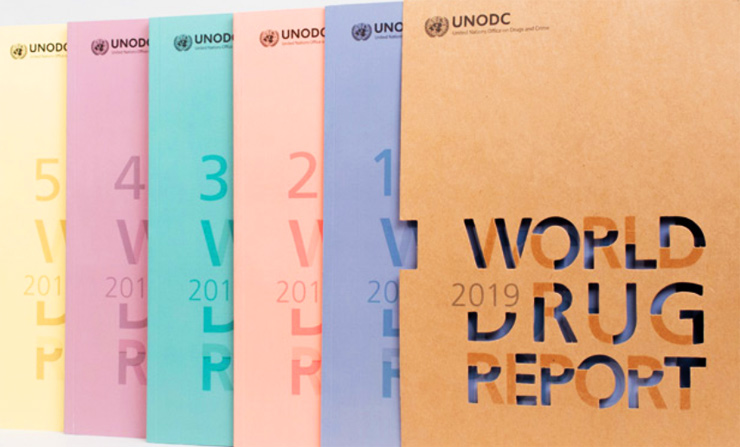 The World Drug Report was released on 26 June, International Day against Drug Abuse and Illicit Trafficking and also coincides with the launch of Dianova’s ‘Human Empowerment’ campaign and its emphasis on the need to implement gender sensitive treatment programmes for substance use disorders.

Press release by UNODC – Improved research and more precise data have revealed that the adverse health consequences of drug use are more severe and widespread than previously thought. Globally, some 35 million people are estimated to suffer from drug use disorders and who require treatment services, according to the latest World Drug Report, released today by the United Nations Office on Drugs and Crime (UNODC).

The higher estimates for 2017 are the result of improved knowledge of the extent of drug use from new surveys conducted in India and Nigeria, both among the ten most populous countries in the world.

The Report also estimates the number of opioid users at 53 million, up 56 per cent from previous estimates, and that opioids are responsible for two thirds of the 585,000 people who died as a result of drug use in 2017. Globally, 11 million people injected drugs in 2017, of whom 1.4 million live with HIV and 5.6 million with hepatitis C.

“The findings of this year’s World Drug Report fill in and further complicate the global picture of drug challenges, underscoring the need for broader international cooperation to advance balanced and integrated health and criminal justice responses to supply and demand,” said Yury Fedotov, UNODC Executive Director.

In 2017, an estimated 271 million people, or 5,5 per cent of the global population aged 15-64, had used drugs in the previous year. While this is similar to the 2016 estimate, a longer-term view reveals that the number of people who use drugs is now 30 per cent higher than it was in 2009. Although that increase was in part due to a 10 per cent growth in the global population aged 15-64, data now shows a higher prevalence of the use of opioids in Africa, Asia, Europe and North America and the use of cannabis in North America, South America and Asia compared with 2009.

Estimated global illicit manufacture of cocaine reached an all-time high of 1,976 tons in 2017, an increase of 25 per cent on the previous year. At the same time, the global quantity of cocaine seized in 2017 rose by 13 per cent to 1,275 tons, the largest quantity ever reported.

North America’s synthetic opioid overdose crisis also reached new heights in 2017, with more than 47,000 opioid overdose deaths recorded in the United States, an increase of 13 per cent from the previous year, and 4,000 opioid-related deaths in Canada, a 33 per cent increase from 2016.

Fentanyl and its analogues remain the key problem of the synthetic opioid crisis in North America, but West and Central and North Africa are experiencing a crisis of another synthetic opioid, tramadol. Global seizures of tramadol jumped from less than 10 kilograms in 2010 to almost 9 tons in 2013 and reached a record high of 125 tons in 2017.

Scourge of the opioid crisis in some regions of Africa and in North America – Image: World Drug Report 2019

The most widely used drug globally continues to be cannabis, with an estimated 188 million people having used the drug in 2017. The Report shows that an area where the international community has had a degree of success is in addressing new psychoactive substances (NPS), evidenced by a decline in the number of NPS identified and reported for the first time to UNODC. NPS have not been taken up in the market to the extent feared a few years ago, and the international community has reacted in a timely manner to assess the harms caused by NPS and to schedule those that warranted international control.

Prevention and treatment continue to fall short in many parts of the world, with only one in seven people with drug use disorders receiving treatment each year.

This is particularly striking in prisons. This year’s Report provides in-depth analysis of drug use and its adverse health consequences in prison settings, which suggests that the prevalence of infectious diseases such as HIV, hepatitis C and active tuberculosis, and related risks, are disproportionately higher among prison populations than among the general population, in particular among those who inject drugs in prison.

The Report shows that effective treatment interventions based on scientific evidence and in line with international human rights obligations are not as available or accessible as they need to be, and national governments and the international community need to step up interventions in order to address this gap.