As a member of the NGO Committee on Mental Health, Dianova is sponsoring an event dedicated to suicide prevention on the 10th October in New York 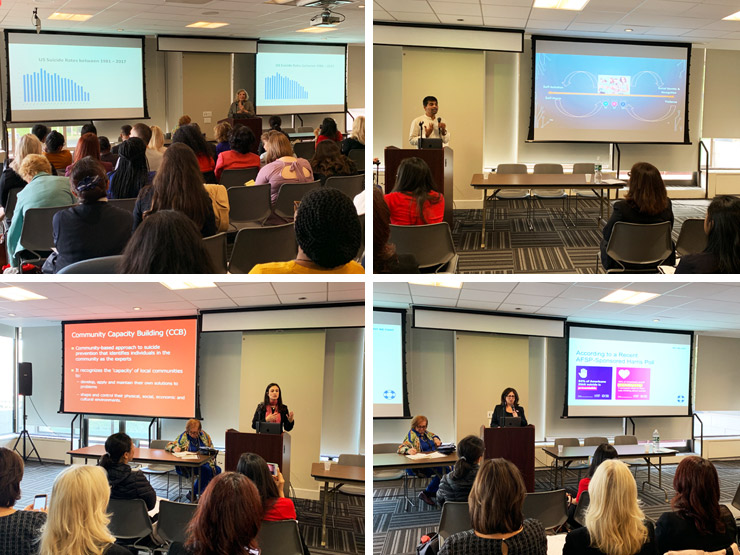 By María Victoria Espada – The celebration of World Mental Health Day, which is held on the 10th of October each year, offers an excellent opportunity to create awareness and inform people of the issues surrounding mental health. This year, the World Health Organisation (WHO) has dedicated its campaign to the prevention of suicide under the title“40 seconds of action”. According to the statistics, close to 800,000 people die from suicide each year, which is equivalent to one death every 40 seconds. What’s more, for each successful suicide, studies reveal that there are more than 20 suicide attempts.

According to the WHO, suicide is a global phenomenon and affects people from all age groups all over the world. In 2016, suicide represented 1.4% of the total amount of deaths globally and was the second leading cause of death among 15-29 year olds. The statistics also reveal that 79% of suicides occurred in low- and middle-income countries. Sex-disaggregated data show that men are four times more susceptible to death by suicide than women, although the latter attempt suicide three times more than men.

The link between suicide and mental disorders, in particular, depression, and alcohol and other substance use disorders, is well established.

Other risk factors include experience of loss, loneliness, discrimination, a relationship break-up, financial problems, chronic pain and illness, violence, abuse, and conflict or other humanitarian emergencies.

Studies show that suicide and suicide attempts can be prevented through effective and evidence-based interventions at an individual level, community level and national level. For example, the TYCL International programme, originating from India, works on decoding suicidal messages on social networks and offers an aid application for young people. In Utah, USA, Mama Dragons helps to reduce juvenile suicide by educating mothers and families who have LGBTQ children. In Zimbabwe, Friendship Bench is a program that uses problem-solving therapy that is taught by workers in the health sector to improve the mental wellbeing of people suffering from anxiety and depression. Enosh, the Israeli Mental Health Association, provides support for people with psychiatric disabilities with work and housing, the development of social skills and family counselling. On a communal level, the program ¡PEDIR! in South America seeks to prevent suicide by treating the social determiners that can cause it, such as poverty, inequality, discrimination, stigmas, lack of education and work opportunities. To fight the shortage of psychiatrists and mental health professionals, the University of Utah is developing a project to spread the use of the WHO’s “Mental Health Gap Action Programme (mhGAP)” which aims to improve the diagnosis and treatment of mental illnesses. For its part, the American Foundation for Suicide Prevention’s 2025 project seeks to reduce the rate of suicides by 20% by the year 2025 through encouraging conversation and eliminating taboos.

These initiatives and data were presented in the event “Suicide Prevention: Towards a Tailored Approach to Global Mental Health Programs” which was organized by the NGO Committee on Mental Health in the city of New York on the 10th October last year. Said committee was formed in 1996 by a coalition of non-governmental organisations (NGO’s) with consultative status before the United Nations Economic and Social Council (ECOSOC), amongst which Dianova International founded, and now forms, part of its executive committee in its capacity as treasurer. The main aim of the WHO Committee of Mental Health is the promotion of psychosocial wellbeing, the improvement of mental health services and to promote and educate about the prevention and treatment of mental illnesses. The committee works with the United Nations and its specialised agencies to guarantee the inclusion of mental health problems in a wider context of concerns such as vulnerable populations, human rights, poverty, violence, the environment, peace and wellbeing.