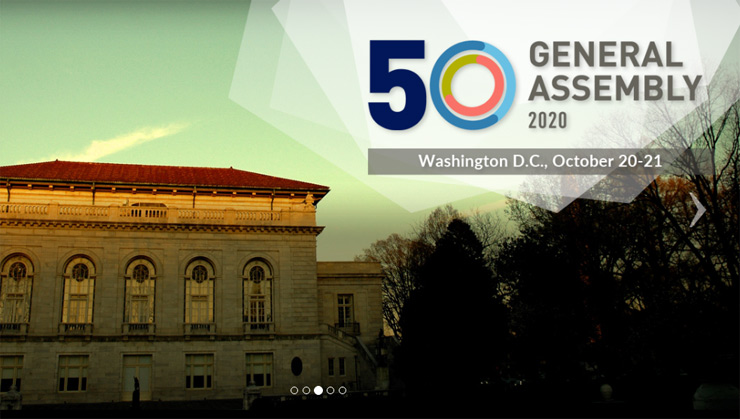 During the 50th General Assembly of the Organization of American State (OAS), Dianova International participated in the dialogue as a representative of the American Drug Policy Coalition – photo: screenshot of OAS website

By M. Victoria Espada – From the 19th and the 21st of October the Organisation of American States (OAS) held the Fiftieth ordinary session of the General Assembly, the first edition carried out virtually in order to comply with the protocols established in the COVID-19 pandemic. Created in 1948, the OAS currently encompasses the 35 Independent States of the Americas and constitutes the main political, legal and social governmental forum on the continent. Its main pillars are democracy, human rights, security and development.

Preceding the official sessions, an open dialogue was held between the civil society and the other social actors, the Member States and the OAS’ Secretary General on the central theme of the General Assembly: “Facing the challenges of COVID-19 in the Hemisphere: a collaborative approach to address vulnerabilities and build resilience in times of crisis, based on the four pillars of the OAS “. A total of 36 coalitions accredited and approved by the OAS were able to participate and bring up their concerns on different issues, from the situations of women, youth, and indigenous and Afro-descendant communities, to the freedom of conscience and expression, the rule of law, and the economy and social justice, among others.

Dianova International participated in the dialogue as a representative of the American Drug Policy Coalition (ADPC) made up of twenty-six civil society organizations from Argentina, Brazil, Canada, Chile, Colombia, Costa Rica, the United States, Mexico, Puerto Rico, the Dominican Republic, and others at the international level. Since 2018, the ADPC has worked on problems associated with the use, production and commercialization of illicit drugs, and seeks to promote an informed social debate with a view towards promoting non-punitive policies based on scientific evidence to respond effectively to the various problems associated with drugs. Likewise, the ADPC provides information to the governments of the region so that they can modify drug policies and thus reduce the damage caused by current regulations.

Following the central theme of the General Assembly, and considering that the crisis brought on by the pandemic cannot be an excuse to neglect the needs of people in situations of problematic substance use, the ADPC urged the OAS Member States to:

With this intervention and thanks to their extensive experience in this field the member organization and networks of the CAPD once again contributed to enriching the debate on drug policies at the regional level and including the issue on the agenda for discussion by the governments of the American countries.  Read complete statement