From 24 to 30 September, representatives of Member States met to discuss global issues such as sustainable development, peace and climate change 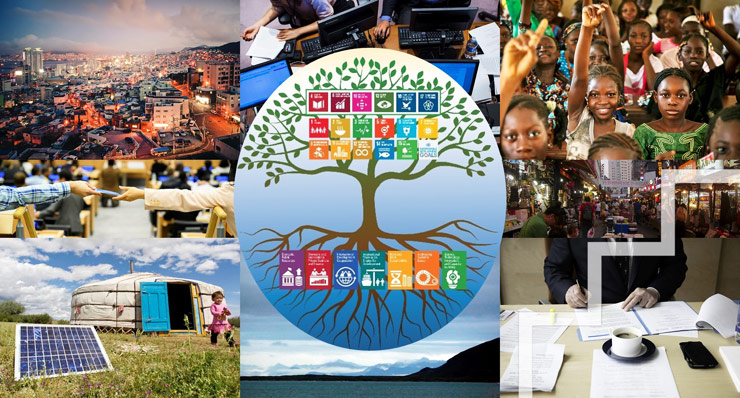 By María Victoria Espada – Once again, the city of New York hosted the general debate which opened the 74th session of the United Nations General Assembly. In addition to the general debate, this year five different summits have been held to address today’s global challenges, on the basis of the 2030 Agenda’s Sustainable Development Goals (SDGs) and with the aim of their long-term implementation.

The Youth Climate Summit brought together young activists, innovators, entrepreneurs and promoters of change united against climate change. Intergenerational and inclusive, this meeting was followed by the Climate Action Summit, which called for countries to come up with concrete and realistic plans at the national level to help reduce greenhouse gas emissions by 2030 and to show viable pathways to transform economies through the SDGs.

In addition, with the purpose of achieving a more inclusive society that takes into account the health of the most vulnerable, the High Level Summit on Universal Health Coverage sought financial and political commitment from countries to sustain investments in health and accelerate progress towards universal health coverage.

One must emphasize that “Health for all”  is not only a global health movement undertaken by, and priority of, the World Health Organization, but also one of the key pillars for achieving all of the SDGs and providing essential health services for the estimated 400 million people – one in seventeen of the world’s citizens – who still lack them.

The Summit on Sustainable Development Goals provided a forum to further discuss the issues addressed at the High Level Policy Forum on Sustainable Development in July. In addition to reviewing progress in the implementation of the SDGs, world leaders, the private sector, civil society and international organizations exchanged ideas to identify measures to accelerate their implementation. In conjunction with the summit, a Civil Society Organization Forum was convened as a space for the aforementioned stakeholders to establish a constructive and action-oriented dialogue around the challenges identified and the solutions proposed by civil society to advance the 2030 Agenda. This forum was organized and facilitated by the HLPF Major Group and other Stakeholders Coordination Mechanism (MGoS), to which Dianova International is party as part of its being an organizing member of the NGO Major Group.

Despite the progress made since the adoption of the Addis Ababa Agenda on Financing for Development in 2015, securing the necessary funding to achieve the SDGs’ various targets represents an important challenge. In this regard, the High-Level Dialogue on Financing for Development brought together leaders from governments, corporations and the financial sector to encourage public and private funding and unlock resources to accelerate progress.

Lastly, the SAMOA Pathway Midterm Review provided an opportunity to review the progress made by small island developing states and the remaining challenges, especially those related to climate change and economic and environmental resilience.

In addition to the general debate and summits mentioned above, the SDG Action Zone served as a meeting point for promoting dialogue, exchanging innovative ways of implementing the SDGs and attracting new partners in this objective. About 500 parallel events held across the city of New York complemented the official sessions of the United Nations and facilitated the exchange of ideas and the formation of partnerships with the objective of finding solutions to reduce the gaps and accelerate the implementation of the 2030 Agenda for Sustainable Development.