In many parts of the world, including democratic countries, minority women face harsher sentences and sometimes violence 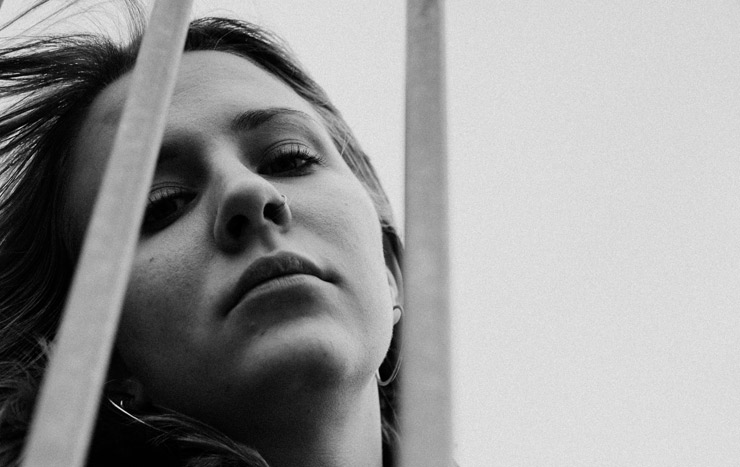 By María Victoria Espada  – “Overcoming Stigma and Violence against Incarcerated and Drug Using Women” was the topic of a parallel event co-hosted by Dianova, the International Drug Policy Consortium (IDPC), the Washington Office on Latin America (WOLA) and the Women and Harm Reduction International Network (WHRIN) on the 24th of March, during the NGO CSW65 Virtual Forum (NGO CSW65), as part of the 65th session of the Commission on the Status of Women (CSW65).

Increase in the number of women in prison

According to data from World Prison Brief, the female prison population has increased by 17% in the last decade, reaching an estimated 741,000 women globally. With an increase of 50%, Asia has been the region experiencing the most growth, followed by Africa and Latin America, with increases of 24% and 19% respectively. In the Caribbean, the number of incarcerated women has remained constant, while in Europe, it has decreased by 29%.

In her opening speech, Mary Chinery-Hesse, member of the West Africa Commission on Drugs and representative of the IDPC in Ghana, noted that the above mentioned statistics suggest an increase in women being criminalized and incarcerated for petty crime related to drugs. Equally, the data shows the tough approaches taken by countries against women who commit crimes in a context of violence, poverty and discrimination. Nevertheless, thanks to the outreach work carried out by civil society actors, the governments of West Africa are currently more receptive to the implementation of decriminalization policies. Regarding this, Mary stated that “it’s crucial to ensure that decisions and policies match the standards of international protocols”.

Minority women in the US are sentenced more severely

Reducing the incarceration rate of women and girls in the United States, and seeking alternative solutions within the affected communities is the primary focus of the National Council for Incarcerated & Formerly Incarcerated Women and Girls.

In the United States, women’s incarceration rates in recent years have increased at twice the pace of men’s rates, according to data from the Prison Policy Initiative. Furthermore, African-American and Latino women experience higher sentencing for drug crimes, while lesbian and bisexual women can be given longer sentences than their heterosexual counterparts.

“This fact is especially worrying given that 85% of incarcerated women are mothers with dependent children”, noted Andrea James, representative of the Council.

Unfortunately, the double stigma women face for being both a woman and a drug user prevents them from seeking help, due to the fear of possible legal or social repercussions. Likewise, on many occasions this stigma hinders them from completing addiction treatment programs, given that such programs do not adapt to their backgrounds and specific needs. To counteract this situation, Gisela Hansen, Therapeutic Coordinator of Dianova’s Treatment Programmes, recommended designing these programs with a gender perspective and “considering women the experts on their own lives and the protagonists of their own processes, regardless of the type of treatment”.

Together, stigma, gender inequality and criminalization of drug offenses form a combination where violence is not only common, but also approved of and sanctioned. Ruth Birgin, representative of WHRIN, explained that women who use drugs experience higher rates of violence from their partners, but lack the necessary legal recourse due to the criminalization of drug offences. With the support of WHRIN, various campaigns have been organized at street level to shed light on the situation, and give women who use drugs a voice. Women who, according to Ruth, “are usually excluded from women’s movements and feminist movements.”

Trans women often experience systemic violence, trauma and discrimination in their journey through the criminal justice system – Photo by Ras Jayamaha on Unsplash

In Mexico, the horrific experience of incarcerated transgender women

Incarcerated women also face barriers in accessing treatment programs and services that meet their individual needs. Once freed, they also lack reinsertion services and institutional support, and their background continues to be a burden.

Trans women in Mexico experience systemic violence, trauma and discrimination in their journey through the criminal justice system, from arrest to freedom.

The Casa de las Muñecas Tiresias provides a space where Mexican and migrant trans women can receive life skills and education for social reinsertion. As founder Kenya Cuevas explained: “We work to top the criminalization of trans women, increase sensitivity in prisons, and above all, give hope to their compañeras who are still inside”.

In addition to co-organizing two parallel events at CSW65, Dianova contributed to the session with a written declaration advocating for the mainstreaming of the gender perspective in both drug and alcohol policy, and addiction treatment programs, with the aim of effectively and holistically addressing the specific needs of women who use drugs, including those who suffer from gender-based violence. So that, in the near future, harm reduction services and treatment with a gender approach become the norm and not the exception.