Focus on the situation in the countries where Dianova operates, especially in the areas of health and addiction treatment 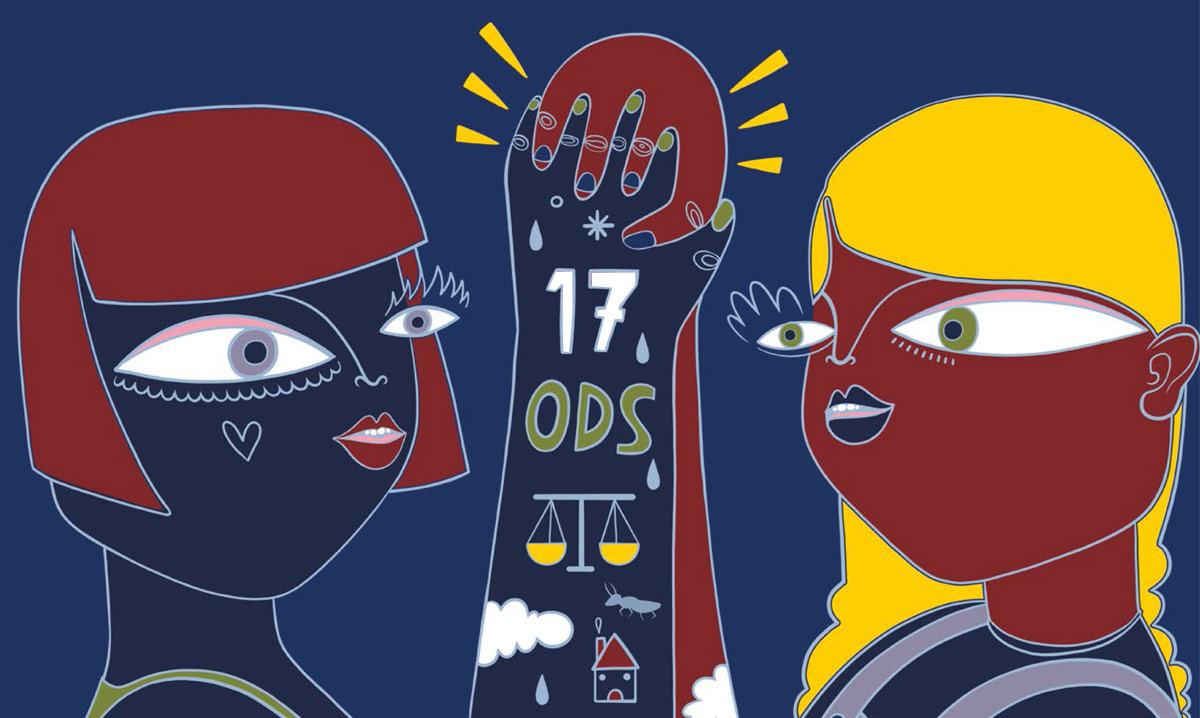 Spain’s second voluntary national review describes the advances made in each of the nine priority policies approved in 2018 – Image from report, all rights reserved

VNRs: A Snapshot of the Implementation of the SDGs

The reports are voluntary and state-led, and are undertaken by the governments of UN Member States. They reflect the different realities, capacities and levels of development in each country as well as their policy priorities. Ideally, they include assessments by civil society groups, the private sector and other stakeholders of the national and local progress made in achieving the SDGs.

For a more effective implementation of the 2030 Agenda

The VNRs usually have three phases: preparing the review of the SDGs at a national and subnational level, presenting the review at the HLPF, and taking follow-up steps after the forum. The VNRs also contribute to the more effective implementation of the 2030 Agenda and are a key tool for ensuring accountability for the SDGs at both a national and international level.

Whilst there is no requirement for reviews to be presented at fixed intervals, the UN recommends that all countries prepare at least two VNRs during the SDG period between 2015 and 2030. Upon the conclusion of the HLPF 2021 in July this year, 177 Member States had already presented at least one SDG review. It is worth highlighting that 42 countries successfully prepared a VNR in 2021, despite the tough circumstances imposed by the COVID-19 pandemic.

Throughout the recent VNR sessions, participating countries provided information on the implementation of the SDGs reviewed at the HLPF 2021: SDG 1 (No Poverty), SDG 2 (Zero Hunger), SDG 3 (Good Health and Well-being), SDG 8 (Decent Work and Economic Growth), SDG 10 (Reduced Inequalities), SDG 12 (Responsible Production and Consumption), SDG 13 (Climate Action), SDG 16 (Peace, Justice and Strong Institutions) and SDG 17 (Partnerships for the Goals). This country-level information was supplemented by the UN global report on “Progress towards the Sustainable Development Goals”.

Focus on some of the countries where Dianova is active

SDG 3 cuts across the work of the Dianova network, as shown in the following information provided by Spain, Nicaragua, Norway, Sweden and Uruguay for this SDG. These countries presented VNRs in 2021, and members of the Dianova network are present in these countries. Where possible, information pertaining to Target 3.5 has also been included: Strengthening the prevention and treatment of substance abuse, including narcotic drug abuse and harmful use of alcohol and Indicator 3.5.1: Coverage of treatment interventions (pharmacological, psychosocial and rehabilitation and aftercare services) for substance abuse disorders, both of which are objectives closely related to the work of Dianova.

Spain, which presented its first VNR in 2018, has contributed for a second time with its “2021 Progress Report and 2030 Sustainable Development Strategy”. This report describes the advances made in each of the nine “lever policies”, or priority policies, approved in 2018 and geared towards achieving the 2030 Agenda.

In terms of SDG 3, the lever policies include the need to strengthen the whole public health system, as well as focus on the prevention and promotion of individual and collective health in healthy environments. Similarly, given the close links between the population’s level of education, employment and healthy lifestyle, it is hoped that the policies designed in tandem on education, economy and social issues will have a positive impact on public health.

This report outlines specific drugs and addiction plans for Catalonia and Extremadura and for local authorities, as well as for the Armed Forces. In addition, Spain has been monitoring Target 3.5 and Indicator 3.5.1 since 2015, as shown in the annex report “Indicators for the 2030 Agenda for Sustainable Development”, which reflects Spain’s priorities in terms of domestic policy and the implementation of the SDGs. As stated, the number of admissions for treatment for illegal drug and alcohol abuse rose to 49,886 and 27,202 respectively in 2019, which is in line with trends observed over previous years.

Learn about the work of Dianova Spain

Norway, which presented its first VNR in 2016, has contributed for a second time with its “Report on the Implementation of the 2030 Agenda for Sustainable Development”. Norway is known for having a good universal health coverage system and for providing access to quality healthcare for the whole population. However, as described in the report, non-communicable diseases and social inequalities continue to be a challenge for public health.

An analysis of Target 3.5 indicates that treatment interventions for substance abuse are improving although the number of overdoses remains unchanged, with a  relatively high mortality rate. Despite these difficulties, the statistical review annexed to the main report does not detail the progress of Indicator 3.5.1.

In a parallel assessment of the SDGs conducted by civil society groups and included in this report, participating organisations found that Norway’s efforts to meet SDG 3 have stagnated. As for Target 3.5, they recommend focusing on prevention, integrated treatment and rehabilitation programmes so that these may replace punishments such as prison terms and fines for minor drugs-related offences, in accordance with UN conventions.

Learn about the work of the RIO organisation in Norway

Despite its high ranking on the SDG index, Norway has challenges to resolve: for example, while women in Norway have the same legal rights as men, obstacles such as gender-based violence and labour market disparities are preventing them from achieving full gender equality – Photo from Norway’s 2nd voluntary national review, all rights reserved

In its first report on “Progress made in achieving the SDGs in line with the 2030 Agenda”, Nicaragua recognizes the vulnerability of the country after the civil unrest in 2018, the hurricanes that hit the country in 2020 and the recent effects of the pandemic. Cumulative economic losses and the effects of climate change have resulted in widespread poverty and inequality.

According to the report, since 2017 Nicaragua has furthered the development of a “family and community health model” focused on families and individuals, with an emphasis on prevention and care, and on promoting and providing education on healthy lifestyles. According to national statistics, increased public spending on health since 2006 means that all citizens are now guaranteed free medical care, and there is also an increased number of workers in the health sector.

The main achievements of SDG 3 are the reduction of maternal and infant mortality, vaccination and the control of epidemics. However, the report does not include annual monitoring of progress against the SDG targets and indicators, nor does it provide detailed information on the prevention and treatment of addictive substance abuse and the harmful use of alcohol.

Learn about the work of the Dianova Nicaragua Foundation

Like the rest of the world, the Covid-19 pandemic has affected the implementation of the SDGs in Sweden and some of the progress made since 2015 has been lost. The “Report on the implementation of the 2030 Agenda for Sustainable Development” shows an increase in economic and social inequalities among the population and confirms the impossibility of achieving several of the environmental goals before 2030.

In general terms, Sweden has a good record in its efforts to achieve SDG 3 thanks to its social welfare system. In early 2021, the Swedish government presented a proposal to renew its policy on alcohol, drugs, doping, tobacco, nicotine and gambling (ANDTS) which has been in force since 2011. The new strategy has a strong focus on preventing the use of drugs, promoting health, and identifying specific interventions to protect children and young people. Although the statistical review does not present data for indicator 3.5.1, the main report mentions that general alcohol consumption has decreased. In contrast, deaths from accidental poisoning are on the rise.

In Sweden, there are still differences in health conditions between different socioeconomic groups and between men and women. In addition, a family’s economic situation can impact the health and well-being of the children. However, there are statistical gaps that make it difficult to monitor both the health situation and the care provided, especially in vulnerable groups.

Learn about the work of  Dianova Idell Förening in Sweden.

The “Voluntary National Review 2021” is the fourth review presented by Uruguay since the approval of the 2030 Agenda, reflecting the country’s commitment to the SDGs. This review brings together national strategic priorities, the reforms needed to achieve them, and an analysis of the targets and indicators related to the SDGs.

Education, health and social security have been the pillars of the welfare state and continue to be priorities for development in Uruguay. Social security has been an instrument for integration and social cohesion that has allowed the country to maintain relatively low poverty rates. However, the system faces challenges related to changes in the population and in the labour market, which put its financial sustainability at risk. For this reason, the social security reform has been identified as integral for guaranteeing sustainable development in the country.

Although the statistical annex of the report does not provide specific information on indicator 3.5.1 and treatment coverage, it does specify that men’s marijuana consumption is twice that of women. Regarding alcohol consumption, the figures indicate that only 10% of users with problematic consumption have sought professional help in specialized centres.

Learn about the work of the Dianova Uruguay Foundation

In the words of António Guterres, UN Secretary-General, “the 2030 Agenda for Sustainable Development is designed to address the very fragilities and shortcomings that the pandemic has exposed.” For this reason, many countries now view the preparation and presentation of VNRs as a way of enabling a more sustainable and resilient recovery from the pandemic, while facilitating the integration of the principles underpinning the 2030 Agenda and the goals of the SDGs in national policy. In addition, the VNR process is designed to promote transparency, inclusion and the participation of civil society in the construction of sustainable development.

“the 2030 Agenda for Sustainable Development is designed to address the very fragilities and shortcomings that the pandemic has exposed.”

Doing more for health and substance use disorders

At Dianova, we urge governments to continue preparing and presenting VNRs with special emphasis on the monitoring of SDG 3, target 3.5 and indicator 3.5.1., related to the abuse of addictive substances and treatment interventions, respectively. According to the United Nations Office on Drugs and Crime (UNODC) World Drug Report 2021, some 36 million people globally suffered from drug use disorders in 2019. However, the availability of treatment interventions was low: only one in eight people received professional help in that year.

Undoubtedly, the availability of timely and reliable data and statistics, especially health, social and economic data and statistics, will improve responses to short-term challenges, and enable better understanding, management and mitigation of the effects of the pandemic, alongside other effects. Ultimately, this will also aid the design of strategic policies to help countries get back on track in terms of achieving the 2030 Agenda and implementing the SDGs. 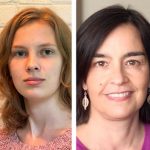 Saskia is a summer intern with Dianova USA, supporting the role of Dianova International as Global Organizing Partner of the NGO Major Group at the 2021 HLPF.

María Victoria has a Master´s Degree in Economics and an expertise in development cooperation, public finance, and strategic partnership development. She now represents Dianova International at the United Nations and other fora.