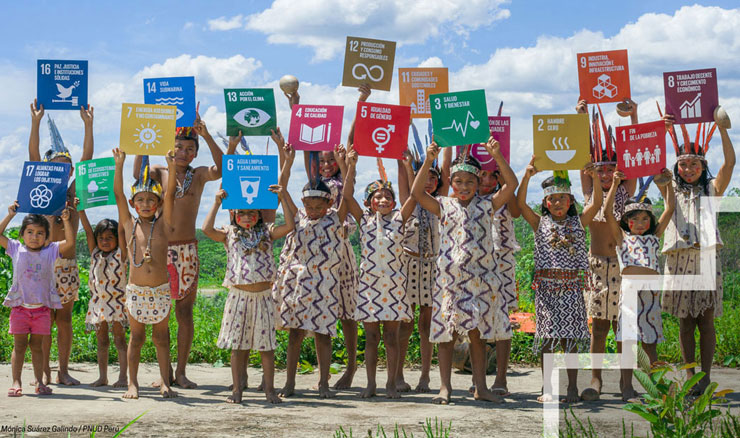 Multilateral and interdisciplinary working groups would help facilitate the inclusion of women, indigenous peoples and other vulnerable groups in the discussions on development issues – Photo: UNGA All rights reserved

By María Victoria Espada – During the week of the 74th UN General Assembly, Member States and world leaders met at the Sustainable Development Goals Summit to review progress on the 2030 Agenda and the 17 Sustainable Development Goals (SDGs) and speed up their implementation. Additionally, three special events were held to complement the summit: the Business Forum, the Forum of Regional and Local Governments, and the Civil Society Organization Forum.

The Civil Society Organization Forum aimed to create a space for open, constructive and propositional dialogue between civil society and UN Member States, international organizations and other related constituencies on the implementation of the 2030 Agenda. Facilitated by the Major Groups and other Stakeholders (MGoS), it aimed to identify possible responses to the challenges exposed by the four years of implementation of the 2030 Agenda for Sustainable Development, and to discuss strategies to move the agenda forward, thus continuing the work achieved at the High Level Political Forum on Sustainable Development (HLPF) held in July.

The first thematic panel focused on the systemic obstacles to development that demand international attention, and on the policies that facilitate the interconnection between various development challenges.

Some of the obstacles identified included, among others:

In order to overcome these obstacles, it is important for countries to design their public policies in a comprehensive and systemic manner, prioritizing the networking capabilities of their different ministries and programmes in order to address the various and interdependent development objectives and thus make better use of resources. In addition, partnerships with the private sector, academia, non-governmental organizations and civil society in general would facilitate the identification of both obstacles and solutions.

The second panel addressed key policy and programme proposals that could help advance the 2030 Agenda, such as multilateral and interdisciplinary working groups on development issues – a measure that could help reduce compartmentalization, which has been identified as the hallmark of governments and civil society alike, and which makes it difficult to address the cross-cutting nature of the SDGs.

In addition, such a measure would facilitate the inclusion of women, indigenous peoples and other vulnerable population groups in the discussions, both as beneficiaries and as actors of their own development, in the objective of leaving no one behind.

Lastly, the third thematic panel proposed initiatives that could improve the HLPF as a process for monitoring and reviewing the 2030 Agenda. These proposals were:

Additional proposals promoted during the panel included: the need for all countries to ratify international agreements and to design coherent public policies based on human rights; the fact of considering NGOs and civil society representatives as agents of change, as well as the role they play in the development and implementation of the SDGs; and the need to preserve public spaces for the free exchange of ideas.

The Civil Society Organization Forum was undoubtedly a historic moment: for the very first time such a forum was held on the margins of a development summit. However, it is unfortunate that only a small number of UN representatives chose to attend the Forum and join the more than 400 members of civil society organizations, including Dianova International. Still, the rich, wide-ranging nature of the debates could somewhat compensate for what the majority of those present considered “a missed opportunity to jointly explore the challenges of development and to find a common language that would enable us to move ahead towards the SDGs and the 2030 Agenda”. 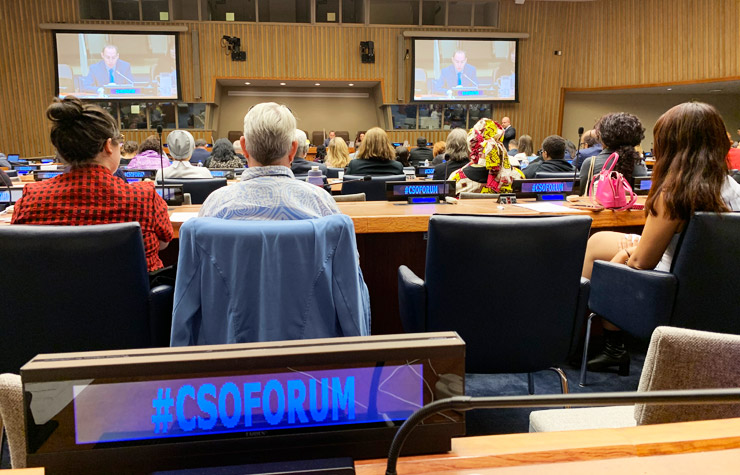 The Civil Society Organization Forum was undoubtedly a historic moment: for the very first time such a forum was held on the margins of a development summit. However, it is unfortunate that only a small number of UN representatives chose to attend the Forum – Photo: Dianova CC