One-third of the way to achieving sustainable development goals by 2030, all indicators are flashing red 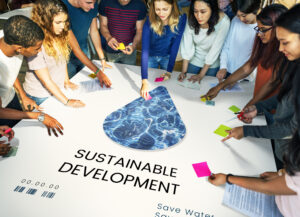 Dianova calls on Member States for political will, leadership and a renewed commitment to multilateralism, international solidarity and the SDGs –  Photo Sutherstock license cc

By María Victoria Espada – In 2015, Member States of the United Nations adopted the 2030 Agenda for Sustainable Development. The 2030 Agenda is a 15-year plan of action with specific Sustainable Development Goals (SDG) to improve life for everyone on a worldwide level and also to protect the planet. However, one third of the way through these objectives set out in the SDGs for 2030, all signs indicate that they will be difficult to achieve. What’s more, the COVID-19 pandemic has not only dramatically halted the worldwide implementation of these SDGs but has also undone decades worth of progress in some countries.

This disheartening outlook is outlined in the 2020 Sustainable Development Goals Report presented remotely on 7 July at the High-level Political Forum on Sustainable Development (HLPF) in which Dianova International took part. Although the report produced by the United Nations presents an overview of the pre-pandemic progress of the SDG objectives, it also assesses some of COVID-19’s devastating effects on these specific goals.

As report data shows, fulfilment of the SDGs had already been threatened by uneven development prior to the pandemic

On the one hand, improvements had been observed in certain areas, including maternal and child health, education enrolment rates for children and young people, access to safely managed drinking water and electricity, the fight against many communicable diseases and the representation of women in leadership roles, amongst others. On the other hand, the number of people suffering from food insecurity increased, climate change continued to progress at a higher than expected rate, levels of production and consumption were unsustainable and dramatic levels of inequality in all regions remain unresolved.

However, in a matter of months, the economic, health and social crises caused by the COVID-19 pandemic has further obstructed progress in implementing the SDGs. The report’s initial forecast indicates that approximately 71 million people will fall back into severe poverty in 2020, which will be the first increase in global poverty since 1998. It is also estimated that income for half of the world’s global work force (1600 million workers) fell by 60% during the first month of the pandemic. Likewise, 90% of students across the world (1570 million) have also been affected by the closure of schools, leading to more than 370 million children not receiving the school meals on which they depend.

As also noted in the 2020 Sustainable Development Report, published by the SDSN as part of the HLPF, the only positive note in this dismal future is the reduced environmental impact resulting from reduced economic activity. A key goal will, therefore, be to restore economic activity without following old patterns of environmental degradation. From this report, It also appears that although the world had progressed collectively in the SDGs, Eastern and Southern Asian countries in particular had progressed the most by comparison. Coincidentally, it is the countries in this region that have responded to the COVID-19 outbreak more effectively than other parts of the world.

Although the long-term consequences of the pandemic are still very uncertain at present, the fact remains that this crisis has affected all segments of the population, all sectors of the economy and all parts of the world.

However, this has not been done equally: the crisis has exposed pre-existing inequalities and injustices and has exacerbated these disparities even further. Both reports reveal how the most affected people will be those who are most vulnerable, including those employed in the informal economy, older people, children, persons with disabilities, indigenous people, migrants and refugees. From an increase in domestic violence to the additional burdens of unpaid care work, women are also suffering as a result of the pandemic.

Although the COVID-19 pandemic is affecting the implementation of SDGs, it is these very principles that inspired the 2030 Agenda and could drive a sound and lasting post-crisis recovery. Inclusion, equality and sustainability should be the foundation for economic recovery and world growth in order to leave no-one behind.

Committed to sustainable development, at Dianova we ask Member States for political willingness, leadership and a renewed commitment to multilateralism, international solidarity as well as the SDGs. May this decade of action, which begins now, be a decade of genuine cooperation and change so as to achieve a better world.