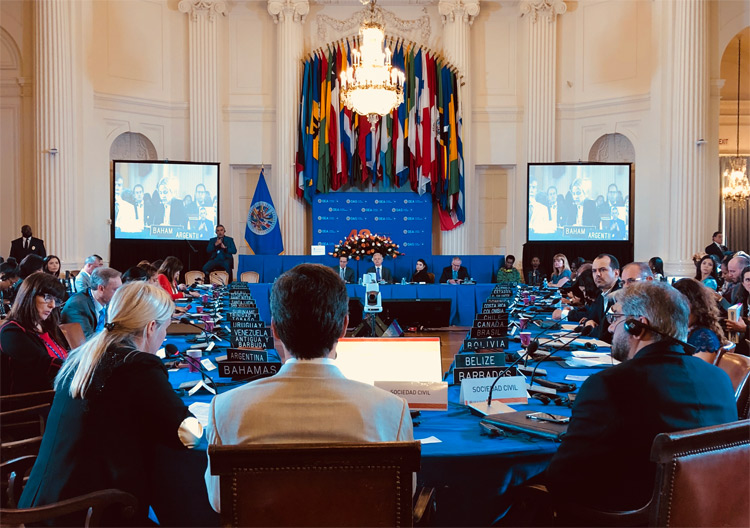 By Saionara König-Reis –The 48th General Assembly of the Organization of American States (OAS) took place in Washignton, D.C., from June 3 till June 5, in a moment when democracy and human rights are seeing to be under attack in different parts of the region. At the opening ceremony of the General Assembly, the Secretary General, Luis Almagro (Uruguay), welcomed member states, civil society and other participants with a speech that reinforced the aspirations for a strong OAS, one that can be a steady source for development, human rights, democracy and good governance in the Americas. As he said, there is no democracy without freedom, and there is no OAS without democracy.

Member states renewed their commitments with the values of the OAS and presented progress and challenges faced by their countries in the above-mentioned areas. The OAS human rights bodies also presented their reports (CIDH and CtIDH) and highlighted the challenges faced in the region. In addition, the situation of Venezuela and Nicaragua were a recurring topic throughout the Assembly, with countries emphasizing that sovereignty is not above all, and that it must never be an argument above the protection of people’s dignity and human rights. They called for the OAS instruments to be the guide for standards of peace, development and democracy, and for democracy for all and with all.

On these issues, the Assembly approved two documents: the Resolution on the Situation in Venezuela, among other things, calling on the government to restore the National Assembly and allow for humanitarian assistance to mitigate the effects of the crisis on the population, and initiating the process for a possible suspension of the country from the OAS; and the Declaration of Support for the People of Nicaragua, calling for free and fair elections and asking for a peaceful resolution of the situation with the collaboration of all parties involved.

Dianova and civil society partners at the 48th OAS Assembly

The day before the opening of the General Assembly, member states hosted a dialogue with civil society organizations, to hear their views on the priority themes for the Assembly. Dianova integrated a coalition of 14 NGOs connected around issues of peace, justice, and inclusion, in close connection with the issues related to the Sustainable Development Goal 16 and related targets of the United Nations 2030 Agenda.

The statement presented by our coalition called on the OAS, among other things, to strengthen the mechanisms to fight corruption in the region, to protect the rights of political prisoners and their families, to address the regional trend of shrinking space for civil society participation, to train and empower women and youth to take part in decision-making fora, to ensure judicial independence, and to promote the victimization perspective in criminal processes.

In addition, on the sides of the OAS Assembly, Dianova took part in fruitful discussions with civil society partners, including a meeting hosted by the Global Foundation for Democracy and Development (GFDD) on how to create and strengthen mechanisms which ensure effective and continuous participation for civil society at the OAS. We look forward to continuing this dialogue and help build concrete proposals to this end. 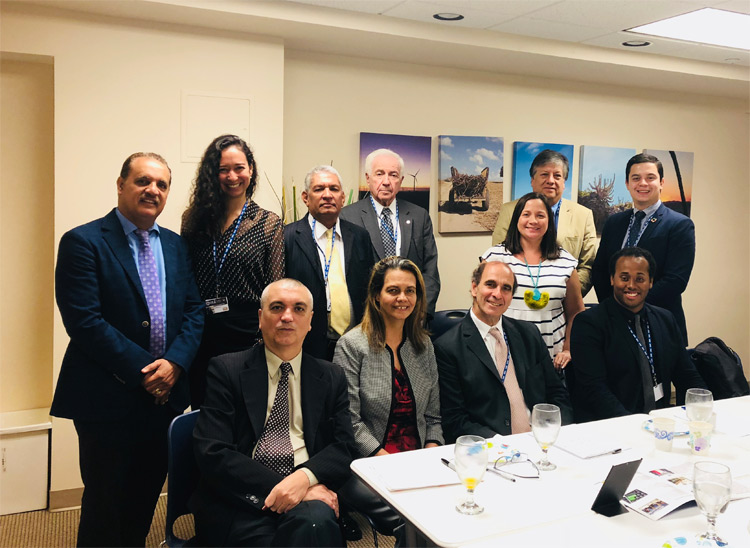