On the occasion of the publication of Dianova’s annual report 2016, we invite you to read this letter which provides an overview of the main events held last year 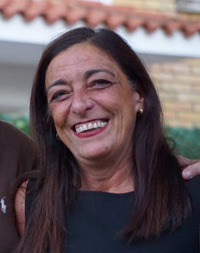 By Montse Rafel – For Dianova International, 2016 was a year committed to advocating causes that are important to us: our representatives attended over fifty meetings, conferences and seminars in Europe, Africa and America, reaching over 700,000 people online and offline! Dianova has also resolutely committed itself to making its voice heard by participating in 11 international surveys and studies conducted by the European Union, UNESCO and various NGO platforms.

In terms of drug policies and the management of addictions, we are committed more than ever to advocating a holistic approach that prioritizes health and safety and puts an end to the criminalization and incarceration of drug users.  Addictions are a public health problem that must be addressed as such, with tools for prevention and treatment that are evidence-based and respectful of individuals, their expectations and their specific requirements. 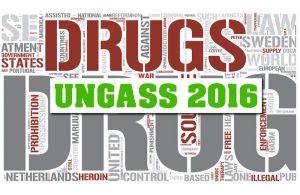 That is why, almost twenty years after it was last held, the special session of the United Nations General Assembly on the world drug problem (UNGASS 2016) had immense implications for millions of stakeholders, drug users, NGO representatives and politicians. Since 2014, Dianova has been committed to preparing this event as a representative of civil society, and in February of this year our representative in Chile was invited to share Dianova’s experience in this country during an informal consultation organized by the United Nations.

In the following April, we were in New York to attend UNGASS and the discussions of the delegates of the 193 member states. What emerged from these discussions? No major breakthrough. On a positive note, UNGASS encouraged modest progress towards the introduction of more humane drug policies. More disappointingly, the criminalization of users remains commonplace and the death penalty is still issued in some countries.

Organization of the EWODOR Symposium

Another significant event was the EWODOR symposium, held in September in Rome and organised by Dianova International and Dianova Italy. This was the 16th International Symposium of the European Working Group on Drug Oriented Research (EWODOR), an event that focuses on empowerment in therapeutic communities. The participants’ objective was to show that the modern therapeutic community is an effective and versatile model, at the forefront of the treatment of addictions and associated pathologies. 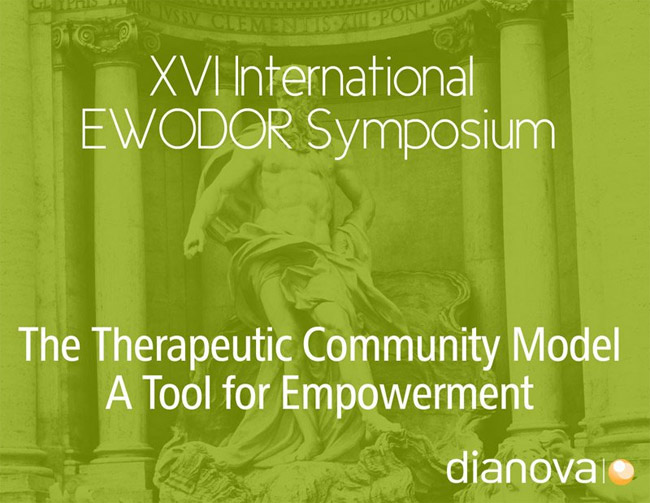 The EWODOR Symposium was held in Rome, in September 2016

On 17 March, for the fifth year in a row, our representatives organised and coordinated a side event during the CND59, the 59th session of the United Nations Commission on Narcotic Drugs, in partnership with the associations Proyecto Hombre and Kethea. We should also mention the presentations given at various forums, including the 18th Ibero-American Seminar on Drugs and Cooperation in May, and the presentation of a project to prevent violence in schools in Uruguay, co-financed by the European Union, at the Forum on the Prevention of Violence, held in October in Caracas, Venezuela.

Our network is also committed to raising public awareness of the problems linked to the misuse of new technologies and the internet with the campaign #DontLetThemPossessYou, rolled out across several of the countries where we operate. And we’d like to give a special mention to Dianova Portugal, whose campaign has reached more than one million people!

We are also committed to women’s rights. We help women to become empowered and gain economic independence in developing countries. We want them to receive equal pay and protection against all forms of violence against them everywhere.

This letter would be incomplete without mentioning the work done this year by each of our ordinary members on the development of their own action plan on the basis of shared strategic directions approved by the assembly at the end of last year.

Finally, I want to emphasize the commitment of all our members, as well as that of all their employees, associates and volunteers. Thanks to them, more than 25,000 people benefitted from the network’s initiatives this year.