Social progress and technological development have fostered new behavioural patterns that can develop into non substance-related addictive behaviours that can be similarly damaging to our mental and physical health – image: learnaddiction.eu

By Susana Almeida – This project – the first of its kind in Europe – began in 2018, when the Spanish Network of Addiction Servic es (UNAD) brought together five European partners to embark on transnational studies assessing the training needs of addiction professionals in different countries of the European Union.

Four themes emerged from this diagnostic task (to which Portugal contributed more than a thousand responses) and these were translated into training units:

Prevention is a cross-cutting theme that appears in all four training units, since implementing universal, selective and indicated prevention-based actions/projects for young people in their social environments has significant benefits in terms of public health, juvenile crime, early school leaving and behavioural problems that can lead to issues including substance abuse and addiction in adulthood.

On the other hand, social progress and technological development have fostered new behavioural patterns that can develop into non substance-related addictive behaviours that are similarly damaging to our mental and physical health. The speed at which new social networks, apps, gadgets and games appear creates an urgent need to train addiction professionals so that there is an understanding of the social phenomena that arise when these are used problematically, and to equip them with the best guidelines and practices for intervention at both the macro and micro levels.

There is also an urgent need to integrate the gender perspective in the addiction prevention, intervention and treatment phases, given the empirical and factual knowledge we have that women are (once again) the most impacted in this area.

The roles and responsibilities assigned to women in male-dominated societies mean that women with addictions (whether substance-based or behavioural) are even more vulnerable and reluctant to seek help.

While some of the concepts and theories will already be familiar to professionals working directly in the field of addiction, the content is very current, with a wealth of pedagogical resources in terms of international best practices, so that these projects also introduce us to new approaches, techniques and methodologies from elsewhere. As such, we recommend use of the platform even to professionals who are not directly involved in addiction but who address addictive behaviour in their day-to-day work — people working in fields such as education, training, psychology, justice, medicine and nursing, welfare and the police force.

Each of the four training units is structured into four chapters, each one culminating in an assessment through which users test their knowledge, after which they will receive a code allowing them to obtain a certificate for each unit.

The content can be accessed at www.learnaddiction.eu from a computer, tablet or smartphone. It is available in seven languages (English, Spanish, Slovenian, Portuguese, French, Romanian and Czech) under a Creative Commons licence, and project partners can use it freely, modifying it and developing new content.

Note: The Learn Addiction project is co-funded by the Erasmus+ Programme of the European Union. The Learn Addiction platform is an initiative run by the Spanish Union of Associations and Institutions for Drug Dependent Care (UNAD) in collaboration with UTRIP – Institute for Research and Development (Slovenia), RHRN – Romanian Harm Reduction Network (Romania), Dianova Portugal (Portugal), SANANIM (Czechia) and FEDITO BXL – the Brussels Federation of Institutions for Drug Addicts (Belgium). 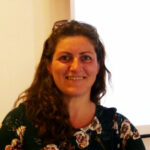