After experiencing child marriage, Bhavna eloped with another man before ending up with a drinking problem. She struggled with addiction for years before leading a satisfying life with her children in India 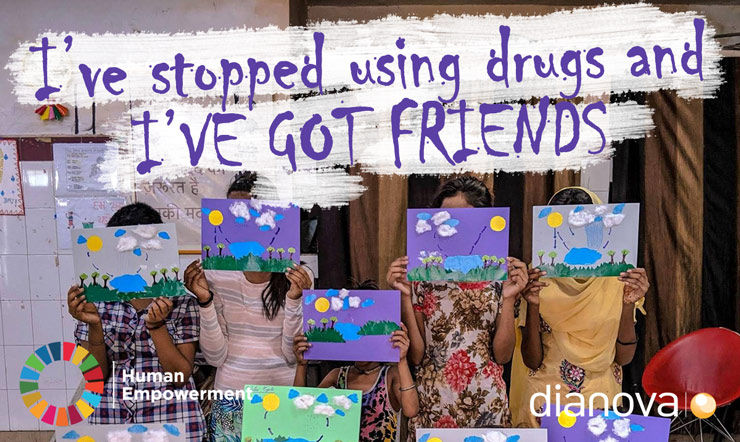 “Alcohol use was damaging both my body and my soul. I felt like I was shattered into pieces. While I was sober, I didn’t want to drink anymore. But moments later, I had such a craving that I didn’t want anything other than my ‘desi tharra’, my booze” – image: SPYM/Dianova, licence CC

Life story – My name is Bhavna. Life, as people say, can be complicated and the desire to improve your odds of a better life can sometimes lead you to make bad choices. I once was a young girl, full of aspirations and desires. Contrasting to the life I am currently living, it was a time of happiness. I used to go to school and study but I was made to drop out to get married. My hand and my life were given to a complete stranger. I was 14.

Life took a completely different turn after marriage, as I was thrust into the roles and responsibilities of running a household and managing a family.  After a year, I had a son. All my time would be spent on taking care of him. After three years, I gave birth to a daughter. We had a happy family, with lots of affection towards each other despite this arranged marriage.

My children who hitherto used to spend most of their time with me began to go to school. I was spending a lot of time alone, as my husband had to go to work. I was still very young and my life became just boring and my role diminished to that of a caregiver.  The only time I would enjoy was when I would see new faces. In the monotony of my life, I only found my escape in meeting and greeting people on the street I lived in.

Later I met another man, Ramesh. After a few days of head nodding and smiling at each other, we became close. It escalated quickly, to a point where we were daydreaming of what our lives could be. And why shouldn’t they be like our dreams? There was this man, who was interested in me and then there was my husband, who just saw me as a caregiver. Ramesh promised me to take me to Delhi if I left my husband and married him. We daydreamed of a better life, a life I could live fully.

My struggle with alcohol addiction

On 11 November 2004, I left my home along with my two kids and came to Delhi. Ramesh and I got married in a temple. I hoped for a better life and wouldn’t think about the consequences. But who thinks about the consequences when someone’s knocking at your door, someone who’s truly interested in you and ready to help you escape from a boring life you cannot stand anymore? At that moment, it was hope. And I clung to it.

Anyways, at that time it looked like a plan. So we ran away and got married. “Life” was finally starting although we didn’t have a place to live. We stayed in a shelter for a few days. We couldn’t find an accommodation to rent, because Ramesh didn’t earn much. Since we were struggling to simply find a home, I had to put my son in a childcare institution for a long term stay. And to make matters worse, my previous husband came to know about my whereabouts and one day he forced his way into the shelter we stayed in and took my daughter back to the village.

Help our centre change women’s and girls’ lives in Delhi, Click here to join the campaign

During the following ten years, I had four more kids. But I was living in deteriorating conditions, always stressed and not able to make ends meet. Gradually, I fell into addiction. It began with one sip and sooner rather than later, I drank the whole bottle. At that time, I wasn’t able to live without alcohol. Drinking gave me a sense of satisfaction. Maybe, it was the fact that I didn’t have to deal with my situation. From one escape to another, I just didn’t feel like embracing reality.

Alcohol use was damaging both my body and my soul. I felt like I was shattered to pieces. While I was sober, I didn’t want to drink anymore. But moments later, I had such a craving that I didn’t want anything other than my desi tharra, my booze. One bottle down, I’d find my peace and my escape. I wanted to stop, but I couldn’t.

I was acquainted with the work of SPYM as my sister worked there. I knew this was the help I needed. Not another man, not more alcohol. I felt this organization could help me regain health and change my lifestyle. I was very hesitant to seek help because of my severe dependence. It was my sister and the counsellors at SPYM who helped me and advised me to seek treatment. I got admitted with my two daughters. My other sons were sent to a childcare institution for a long-term stay.

The initial days were difficult as there was no alcohol or any other drugs whatsoever. I stayed in the centre for about 6 months. During this period, I learnt various things including life skills, basic literacy, sexual education and menstrual hygiene, to name a few. From the counseling sessions, I got to know myself better, and I was able to explore the reasons that pushed me to indulge in drugs. All in all I found it a positive experience but I was not yet fully recovered.

After leaving the centre I tried to put all my efforts into completely avoiding alcohol. Once or twice, I was able to control myself for more than a month straight, but yet again I went back to my previous habits and the same vicious circle.

In July 2019, I  went to SPYM drug de-addiction centre again, this time knowing it was the right decision. I wanted to overcome addiction to give my kids a better future. I was again welcomed by the supportive attitude of the staff. I was provided with all the necessary facilities, and my daughters as well.

It took three months, but I completed the treatment programme and I now feel better. As my husband has a permanent place to live, my daughters and I have returned to sharing our lives with him. Stronger and better equipped to deal with daily struggles and with myself, I now feel more conscious and am immensely grateful for my life and the lives of my children. 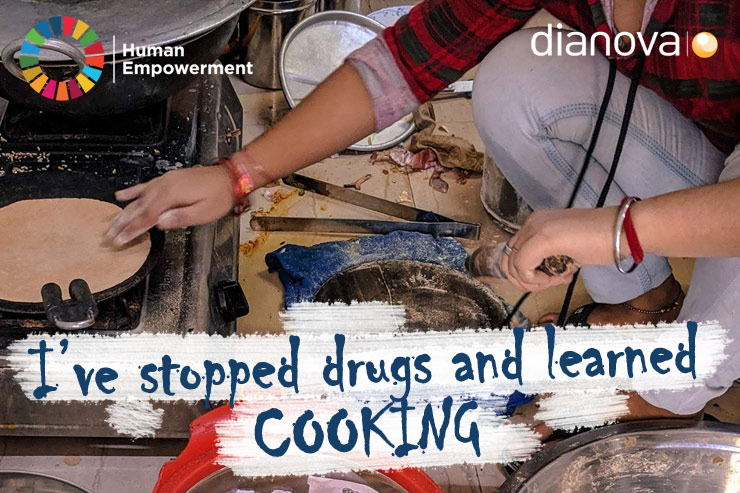