Opioid use is spreading like wildfire throughout American society 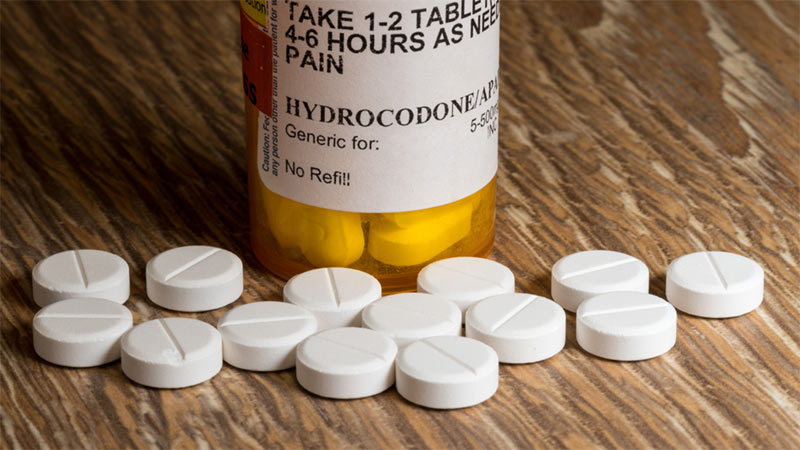 Until the end of October Dianova will publish a series of articles related to the so called “opioid crisis” now prevailing in the US, with explanations, testimonies and original views on the issue of opioids and that of addiction in general.

The United States is undergoing a serious crisis. The US Centers for Disease Control and Prevention (CDC) estimates that 142 Americans die every day from an overdose. The opiate epidemic that started in the 1990s has now reached unprecedented growth. Overdoses now kill more people in the US than gun-related homicides and traffic accidents combined. Between 1999 and 2015, overdoses were the cause of death for more than 560,000 people in the United States, more than the entire population of Atlanta (1). Public health agencies now estimate that two million Americans abuse or are dependent on opioids, making the world’s richest and most modern country the clear leader in opiate consumption.

Moreover, the problem only seems to be getting worse. According to the first National Drug-Related Death Index, the number of overdoses has risen more quickly than expected: in 2016, more than 64,000 people died from an overdose, 22% more than in 2015.

Overdoses are now the leading cause of death among people under 50. This shocking total could rise even higher with the increased trafficking of fentanyl – a synthetic opioid that is up to 40 times more powerful than heroin – and its derivatives.

How could this have happened?

The opiate crisis began in the 1990s – amid a genuine concern for patients. The medical profession came under the influence of a new idea: Health care providers were undertreating the pain their patients suffered. Those providers had to do more, much more, to relieve that suffering. Health care providers even described pain as the “fifth vital sign”, in addition to heart and respiratory rhythm, temperature and blood pressure. Providers felt a sense of urgency.

Coincidentally, new opiate analgesics began to appear on the market. What did those drugs promise? To give doctors a way to help their patients eliminate pain. Nonetheless, some health care providers worried that using opioids long-term was physically addictive – after all, opioids were not a new class of drugs. Many doctors, however, succumbed to the siren call of the pharmaceutical industry, elated that they could finally free their patients from pain. It was much easier to prescribe opioids, relying on a document that seemed to show that using them in a medical context was relatively harmless.

A miraculous document for the pharmaceutical industry

In 1980, the New England Journal of Medicine published a short letter written by two doctors. That letter was just five sentences long, and cited little scientific evidence, yet the authors claimed that patients in hospital who received opioids but had no history of dependence rarely developed an addiction (2).

A segment of the pharmaceutical industry would then exploit this letter, and doctors’ legitimate desire to relieve their patients’ suffering, to launch a vast information campaign promoting opioids to treat pain. The 1980 letter was reprinted hundreds of times, often by people who distorted its meaning and extrapolated conclusions from it. That letter thus helped create a myth that doctors could prescribe opioids safely, without risk of addiction.

Opiate painkillers then spread like wildfire through American society. More and more patients began using opioids and recommending them to their friends. Curious teens began rummaging through family medicine cabinets and finding opioids. This was the beginning of what would become the most serious opiate epidemic in the history of the United States.

No one could expect the illegal drug market to ignore the dizzying rise in opiate consumption. All those people who grew dependent, addicted … There were great profits to be made. The evolution of the heroin market made it even easier for criminal groups to make money.

As prices spiralled downward, new distribution networks began to grow like mushrooms, bringing heroin and other opioids to the suburbs and to rural areas that had never seen these drugs before. The black market for opioids would find fertile ground to expand the heroin trade exponentially. It’s simple: heroin and some illegally-produced synthetic opioids are much cheaper than prescription opiate drugs.  Since Americans often have to pay for medicine out of their own pockets, many have turned to the black market to buy cheaper medications. Public health authorities now estimate that about 80% of heroin users initially used prescription opioids.

The number of fatal overdoses linked to prescription opioids has stabilized since 2011. However, the consumption of fentanyl and its derivatives has exploded, producing fatal drug overdoses: in three years, the number of deaths due to fentanyl rose by 560%, from 3,000 to over 20,000.

The number of fatal overdoses associated with cocaine and methamphetamine has also increased dramatically since 2012. Many of these deaths also involve the use of opioids (users consuming multiple substances at a time).

The demographics of overdose deaths since 2000 are also significant, as the average age at death by overdose is around 40. Many of the people dying became addicted after starting to use prescription opioids. Today, studies show that the epidemic increasingly affects a generation of younger people who first become dependent on heroin or fentanyl.

What can be done?

The only solution involves a combination of measures. One priority is to implement programmes or good practices to help doctors reduce the number of opiate prescriptions they write. This is already happening. Or at least US physicians are making progress: the CDC reports that the number of opiate prescriptions fell by 18% between 2010 and 2015. Nonetheless, in 2015, US opiate prescriptions were three times higher than in 1999, and four times higher than in Europe. In more general terms, experts are working to improve pain management using individualized approaches that include but are not limited to prescribing opioids. Health care providers are seeking an effective treatment for the 100 million people suffering from chronic pain in the United States.

Specialists emphasize the importance of providing treatment for people who are already dependent. They also insist on providing services that can reach patients where they are, rather than letting patients seek solutions on their own. Moreover, the health care system can’t limit services for opiate-dependent users to counselling or residential clinics. The needs of patients vary, and often require additional services, such as medium- and long-term residential programmes in therapeutic settings. Other patients will need improved drug substitution programmes that use methadone or buprenorphine, which are among the most effective ways of treating addiction.

One treatment strategy that is easy to implement is distributing naloxone injection kits to first-responders and relatives of people at risk. Naloxone is a substance that reverses the effects of an overdose and helps to revive people from a coma after they have taken an overdose of opioids.

There is no magic wand that anyone can wave to solve the opiate crisis, and no one can address the problem on their own. The United States must involve all stakeholders in the crisis and in its solution: federal, state, and local governments; doctors; the pharmaceutical industry; community organizations; treatment and rehabilitation specialists; law enforcement officers; and American citizens. The U.S. can also look abroad to learn and find effective practices that other countries have used to overcome similar crises or to avoid them.

Finally, this challenge requires humility, compassion for those who are suffering and, above all, a healthy dose of common sense. The United States must avoid the empty promise of easy solutions that appeal to voters but have never helped anyone.

(1) These data are cited in the preliminary report of The President’s Commission on Combating Drug Addiction and the Opioid Crisis, submitted to the President in July 2017.

(2) The impact of this letter has been highlighted 37 years after its publication. In a new study also published by the New England Journal of Medicine, four authors emphasize that the 1980 letter was cited more than 600 times. Citations peaked when the new opiate OxyContin was introduced. They conclude by saying: “We believe that this citation pattern contributed to the North American opioid crisis by helping to shape a narrative that allayed prescribers’ concerns about the risk of addiction associated with long-term opioid therapy.”