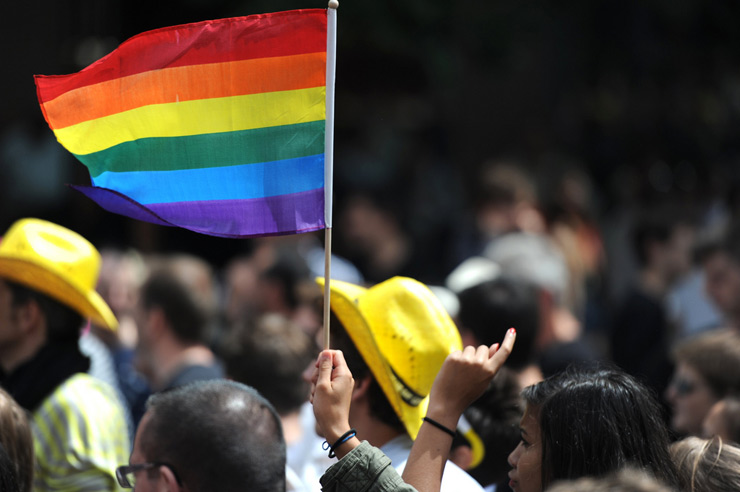 “All human beings are born free and equal in dignity and rights” – Gay Pride in Toulouse (France) – Guillaume Paumier CC BY 2.0

By Ignacio Torres – “I’m tired of hiding and I’m tired of lying by omission. I suffered for years because I was scared to be out.”  Four years ago, actress Ellen Page publicly came out as gay in a conference aimed to promote the rights of LGBTI people (Lesbian, Gay, Bisexual, Transsexual and Intersex) in Las Vegas.

Page’s words are a reminder that millions of LGBTI people worldwide continue to hide their sexual orientation or gender identity for fear of family and social rejection, abuse, discrimination, violence, extortion, persecution and crimes of hate.

In the XXI century, 72 countries still criminalize same-sex relationships, according to the 2017 “State-sponsored homophobia” report by International Association of Lesbians, Gays, Bisexuals, Transsexuals and Intersex (ILGA). In 8 countries or regimes homophobia can lead to death row. That’s the case in Saudi Arabia, Iran, Yemen and Sudan, in northern Nigeria where several states have adopted sharia law, in the southern region of Somalia, and of course in the regions once controlled by ISIS in Iraq and Syria. 5 other countries – Afghanistan, Qatar, Pakistan, the United Arab Emirates and Mauritania – also allow for the death penalty although the sentence is not actually carried out.

Today marks the International Day against Homophobia, Transphobia and Biphobia, a date that recalls that of May 17, 1990 when WHO formally removed homosexuality from its classification of mental health disorders. Still, there is a long way to go since transsexuality – often confused with gender dysphoria – is still considered a psychiatric disorder.

The UN is once again launching the “Free and Equal” campaign to promote equal rights and fair treatment of LGBTI people. The name of the initiative also serves as a reminder of Article 1 of the 1948 Universal Declaration of Human Rights: “All human beings are born free and equal in dignity and rights. They are endowed with reason and conscience and should act towards one another in a spirit of brotherhood”. A way of respecting the objective to achieve equality as provided by the 2030 Agenda.

For all these reasons, Dianova is proud to support the United Nations campaign and calls on the global community to take action to ensure that all LGBTI people have an equal right to live lives free from violence, hate and persecution.