As the second wave of the pandemic hit the country with full force, Dianova organized a fundraiser for the purchase of protective equipment

So far this year SPYM has been able to provide more than 450,000 meals to the homeless and more than 100,000 masks and shields – Photo: SPYM

A second wave with dramatic consequences

That same month, a new variant was detected in the country. It is now believed that the delta variant, which is more contagious than the original strain, is largely responsible for the second wave that has hit the whole country since last April, with dramatic consequences.

On 9 April, India surpassed 1 million active cases, and by 12 April, the country overtook Brazil as having the second-most COVID-19 cases worldwide, behind the United States. By late May, about 27 million infections had been confirmed and more than 300,000 people were dead, although experts said the actual figures were most likely much higher. As of 21 September, there were 33,504,534 cases and 445,385 deaths according to WHO.

Vulnerable and marginalized populations most affected by lockdown

As in 2020, the lockdown ordered by the authorities have also had dramatic consequences, not only for the economy, but also for vulnerable and marginalized populations, particularly people who use drugs and homeless people who have been badly affected as support services were disrupted.

At present, the official numbers show signs of easing. The major cities of Delhi and Mumbai, hit hard at the outset of the second wave, have reported significant drops in infections and deaths. Yet, no one expects a quick return to normal life and schools and most businesses remain closed. With no certainty about the relaxation of lockdown measures and resumption of work, people remain very concerned and fear new violent outbreaks of the virus.

Dianova helps its members: SPYM and Angels in the Field

In order to help its members in India cope with this difficult situation, Dianova organized a fundraising campaign to purchase protective equipment for front-line workers and vulnerable populations. The beneficiaries of this action were the residents of the state of Andhra Pradesh, where the organization Angels in the Field (a Dianova member) develops health education programmes, as well as those of the city of Delhi, where SPYM (Society for the Promotion of Youth and Masses, also a Dianova member) implements programmes for young people and adults with substance use disorders, as well as a social support system for homeless people.

The fundraising was carried out through Dianova USA Inc. and its president, Mr. Ram Kumar, who mobilized various suppliers in India to ensure the purchase of the equipment and its distribution at the best price.

Helping the most vulnerable: our members’ action in 2021

So far this year SPYM has been able to provide more than 450,000 meals to the homeless and more than 100,000 masks and shields. In addition, the organization’s staff have been trained in proper hygiene and sanitation practices, as well as physical distancing and mask usage.

“The second wave left me jobless. I used to work in a shop, but the owner went back to his family. I wanted to leave too, but without money it was impossible. Luckily I was able to stay at the Bangla Sahib shelter and since then I’m staying there. Thanks to SPYM, I get food and a place to stay while looking for a job” – Mr. Kesar, 37. 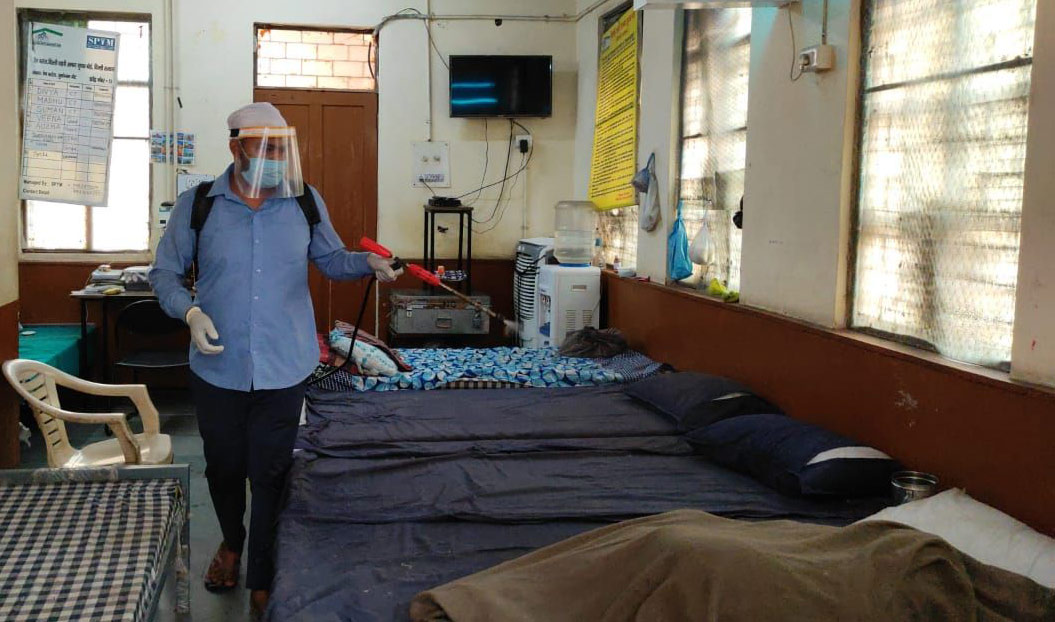 Angels in the Field has also been hit hard by the pandemic. Due to lockdown measures, the organization’s staff have been stranded and constrained to stay in strict isolation. As a result they have not been able to reach out to the most vulnerable communities as they used to no. Nevertheless, they’ve been able to distribute masks and sanitizers, food for children and pregnant women, as well as ready-to-eat food for the homeless, in collaboration with the authorities.

The equipment donated by Dianova was handed out to vulnerable and marginalized communities in Markapur Division, in the state of Andhra Pradesh (southeastern India). In addition, staff members took the opportunity to conduct awareness programmes to try and prevent the spread of the virus and combat the stigmatization of those affected.

“We were unable to feed ourselves and our families and the situation seemed hopeless, so we are very thankful to Angels in the Field to stand with us during this time” – Kudumula Venkateswarlu, & Dasari Kasamma