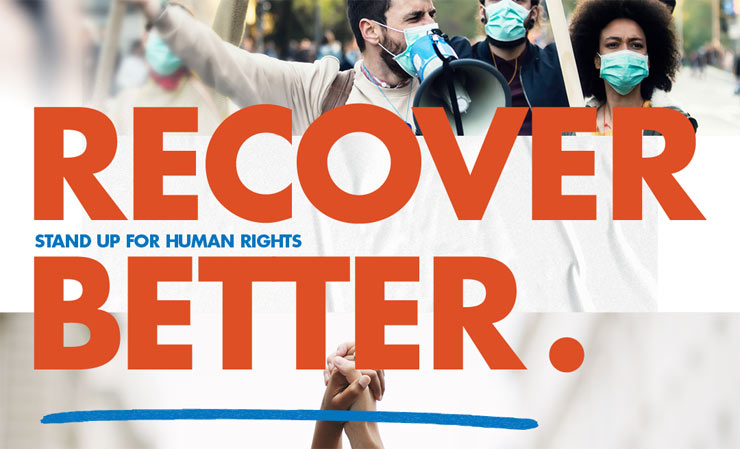 By Pierre Bremond – Every year on December 10, Human Rights Day reminds us of the importance of human rights in building the world we want. It will be obviously impossible to achieve this world without international solidarity, without counting on our interconnectedness and shared humanity.

This fundamental truth should be reaffirmed in a world damaged by the COVID crisis. As the United Nations emphasizes, we will reach our common global goals only if we are able to create equal opportunities for all, address the failures exposed and exploited by COVID-19, and apply human rights standards to tackle entrenched inequalities, exclusion and discrimination.

We also know that human rights-based approaches are essential to the 2030 Agenda’s central pledge to leave no one behind – to provide more sustainable and effective development outcomes through the promotion of empowerment, inclusiveness and equal opportunity.

Violations of the human rights of people who use drugs

Human rights are the very foundation of sustainable development, all the more so in this period of crisis. Yet many countries continue to deny these rights to a section of their population: people who use drugs.

Until recently, there was a global understanding that the best way to deal with the “drug problem” was to focus on reducing, and ultimately eliminating, the illicit production, supply and use of psychoactive substances.

This response has primarily led to the development of repression-based drug control efforts. As the Council of Europe’s Social Affairs Committee pointed out as early as 2015, these policies have been responsible for generating to large-scale human rights abuses, including the violation of the right to health, and disastrous consequences in terms of public health.

Worse still, while international law limits the application of the death penalty to “the most serious crimes” (intentional killing), possession of minute quantities of drugs is still punishable by death in Indonesia, Malaysia, Singapore, Thailand and Vietnam, among others.

Meanwhile in the Philippines, President Duterte’s war on drugs continues. Since his election in 2016, this war has resulted in thousands of deaths, many of them simple drug users who are victims of the extrajudicial killings ordered by the authorities. Thousands of deaths, including dozens of children, without reducing drug use or trafficking one iota.

The Covid crisis has only made the situation worse for drug users. In the context of lockdown measures and isolation, people who use drugs face unique needs and risks, as Dainius Pūras UN rapporteur on the right to health has pointed out.

For years, the United Nations General Assembly has stressed that the world drug problem must be addressed in full compliance with human rights. This commitment was again reiterated with the recommendations set out in the UNGASS 2016 outcome document.

As the rapporteur on the right to health pointed out, “while such language is welcome, it becomes meaningless unless underpinned by clear and explicit human rights principles and standards”.

The resulting benefits of such measures already carried out by certain States have been felt by society as a whole, through reductions in the incidence of criminal behavior, reduced costs for health and criminal justice systems, reduced risks of HIV and other blood-borne infections, and reduced levels of drug use.

Moving from rhetoric to practice

It is possible to implement effective drug policies that incorporate respect for human rights. This requires however to develop transparent evaluation mechanisms based on specific indicators of the processes and outcomes of these policies (including, for example, access to treatment, reintegration or harm reduction services, and not just the number of arrests made or illicit market flows).

It is only at this price that we can move from mere rhetoric to effective drug policies that genuinely respect human rights.