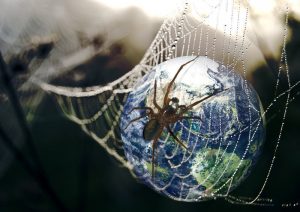 The Internet is disrupting drug markets nearly as much as, in a mere decade, it has changed the way we buy and sell books, travels, groceries or any other commodity. Although it is estimated that most illicit drug sales are still played out offline, online drug markets have the potential to radically transform drug sales in the near future, through a number of factors that are driving change and development, including technology, globalization and market innovation.

On 7 and 8 June, the European Commission held an expert meeting in Brussels to discuss these issues with experts from EU member states and third countries, researchers, law enforcement officials, healthcare workers, representatives from civil society, industry and relevant EU agencies and international organizations. Rui Martins attended the meeting on behalf of Dianova International.

Research findings and other resources point out that in recent years the sales of illicit drugs via internet has increased substantially. In line with Action 22 of the EU Action Plan on drugs – Identify strategic responses to address the role of new communication technologies and the hosting of associated websites, in the production, marketing, purchasing and distribution of illicit drugs, including controlled new psychoactive substances – the meeting aimed to agree on a common definition of the problem, to look closely at current responses both in the EU member states and internationally, and to explore possible ways of common future action in the EU and in collaboration with international partners.

The key theme of the expert meeting explored the changes of the drug markets through the use of internet. Trends and developments have been discussed, as well as existing and expected implications for policy and practice. Lastly, the meeting identified some examples of best practice in thwarting online demand and supply. 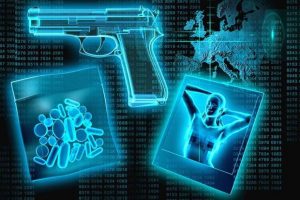 Online drug markets operate on the ‘surface web’, that is the portion of the World Wide Web available to the general public and searchable with standard search engines, as well as the ‘deep web’ (parts whose contents are not indexed by search engines). In addition, experts explained that drugs can also be traded online through ‘dark net’ markets residing on the ‘deep web’. Otherwise known as ‘cryptomarkets’, these allow goods or services to be traded between parties who use digital currencies (e.g. Bitcoin) and anonymity networks and software (e.g. Tor) that enable users to conceal their identities and locations.

The ‘surface web’ seems to be associated primarily with the distribution of prescription medicines and new psychoactive substances – i.e. non-controlled substances or upon which there may be differences in national legislations resulting in legal ambiguities – while by contrast the illicit drug trade appears to take place on the ‘deep web’.

primarily the ‘surface web’ through online information campaigns and other measures. However, law enforcement agencies are building up experience in tackling supply by disrupting markets originating in the ‘deep web’, thus reducing trust around anonymity.

What the future holds

EMCDDA Director, Alexis Goosdeel says: “Whether in open drug scenes or a dealer’s flat, low-level drug sales have historically been associated with real people and real places. While most dealing remains firmly rooted in this physical world, virtual marketplaces are now expanding the boundaries of drug supply, offering wider options to potential buyers. This is a worrying development as digital literacy increases, technologies advance and the range of available drugs diversifies (…)”

The development in technology, including encryption, anonymous browsing and digital currencies is driving change in dark net markets. The same is true of marketing innovations, such as the development of search engines for Tor-based cryptomarkets allowing users to search multiple markets (i.e. drugs and guns) from a single interface.

Online drug markets pose enormous challenges to law enforcement, public health, research and monitoring agencies. Online social media may have a key role to play in this field since they are powerful tools to help researchers identify prevailing attitudes and myths and convey accurate information about legal and illegal drugs. We can go even farther: we strongly believe that governments and civil society organizations, working in collaboration, should grab the great potential of the Internet and the social media to develop innovative approaches to awareness raising, drug prevention and even drug treatment.

The Internet and drug markets: report by the EMCDDA