Dianova Portugal joined the iGen Forum in a public ceremony held on December 18, committing itself to promote gender equality 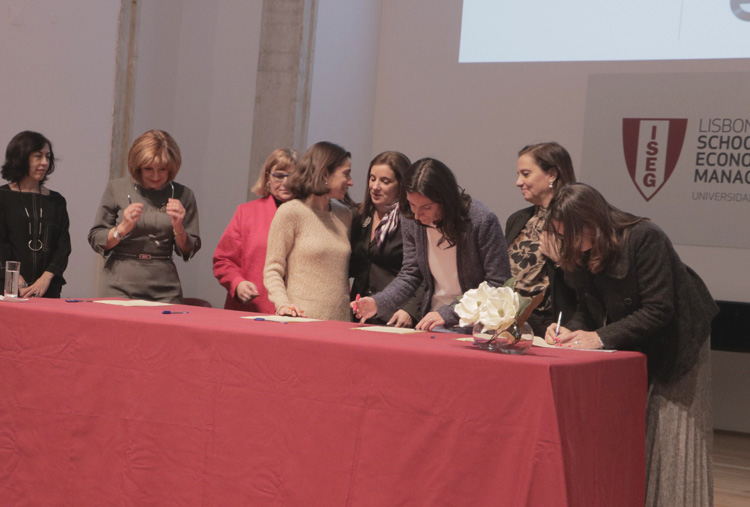 The iGen Forum was initially created in 2013 as a project launched by the Commission for Equality in Labour and Employment (CITE), a national instrument that combats discrimination and promotes equality between men and women in the labour market and the workplace. The Forum consists of companies and other organizations that incorporate the principles of gender equality in their management strategies as a way to face the challenges of competitiveness and thus assuming a collective culture of social responsibility in this domain. At this time, 67 organizations, whether national and multinational, from the public and private sectors, are members of the iGen Forum.

Dianova Portugal was the first social economy organization to sign an agreement to join the iGen Forum at a ceremony held on December 18 in Lisbon. The event was attended by of the President of CITE Ms. Joana Giria, the Secretary of State for Citizenship and Equality, Ms. Rosa Monteiro, the Secretary of State for Employment Mr. Miguel Cabrita and other representatives of member organizations.

Dianova Portugal is no stranger to the gender equality agenda. Actually, our organization has been active in this field for many years. To give but a few examples:

Through this membership, Dianova Portugal commits itself to developing further actions to promote gender equality and to reinforcing and demonstrating in its organizational culture, strategy and management models the principles of equality and non-discrimination between women and men at work.

For Dianova Portugal, joining the the iGen Forum emerges as a step towards effective equality, not only within the organization, but also in the surrounding society at large, where inequalities between women and men still persist.

The commitment of today, the reality of tomorrow