On March 18th, Kenneth Arctander represented Dianova International as a speaker at a side event titled ‘Addressing stigma: continuing the discussion’ 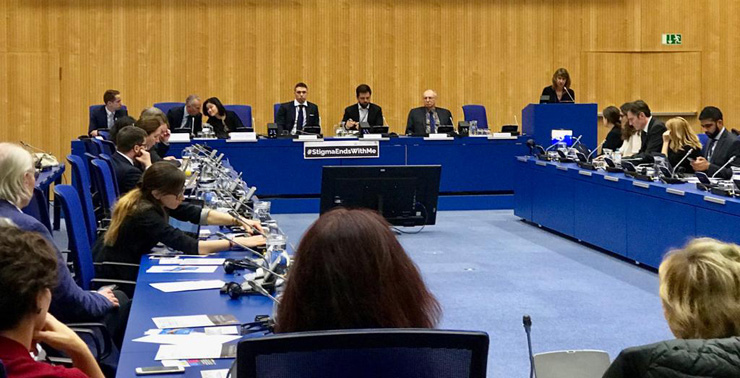 The side event was arranged by the UNODC, The Norwegian Ministry of Health and Care Services, The Government of Canada, The Republic of Uruguay, The Republic of Estonia, The Vienna NGO Committee on Drugs, The New York NGO Committee on Drugs, The Canadian Centre on Substance use and Addiction (CCSA) and The Community Addictions Peer Support Association (CAPSA).

The event was chaired by Rita Notarandrea from CCSA and Gord Garner from CAPSA. Miwa Kato, UNODC director of divisions of operations and Gilberto Gerra, UNODC chief of drug prevention and health branch had opening remarks addressing stigma. Kato welcomed the efforts that have been done in addressing stigma at the last CND and Gerra emphasized that we have to dissipate ignorance and replace a moralistic approach with a science-based model

Kenneth Arctander was selected as the NGO representative by the Civil Society Task Force on Drugs. He presented Dianova International’s #QuitStigmaNow campaign to raise awareness of the devastating physical and psychological consequences of stigma among people facing substance use disorders or behavioural addictions. The campaign aimed to highlight how people with addiction disorders can be stigmatized and discriminated against in a number of specific settings, focusing on the media, social and health care services and in the workplace. The campaign was launched in 13 countries worldwide and reached 3 million people approximately through the media and social networks.

Kenneth said that Dianova International was concerned about the high levels of ostracism, stigmatization and self-stigmatization that people report having experienced in healthcare services. These experiences are especially upsetting since they originate from the very people whose mission is to help. Among other consequences, people fail to seek treatment, for fear of being labelled an “addict”; or they may receive health services below quality standards Addiction treatment should be organized in a network of services working in close cooperation to meet the needs of beneficiaries and help reduce stigma. They should strive to provide adequate information, involve service users in all treatment phases while strengthening their self-esteem, and work to increase social awareness of drug use disorders in society. Especially, there is a need to counter ideas that people with substance use disorders are necessarily violent and immoral. 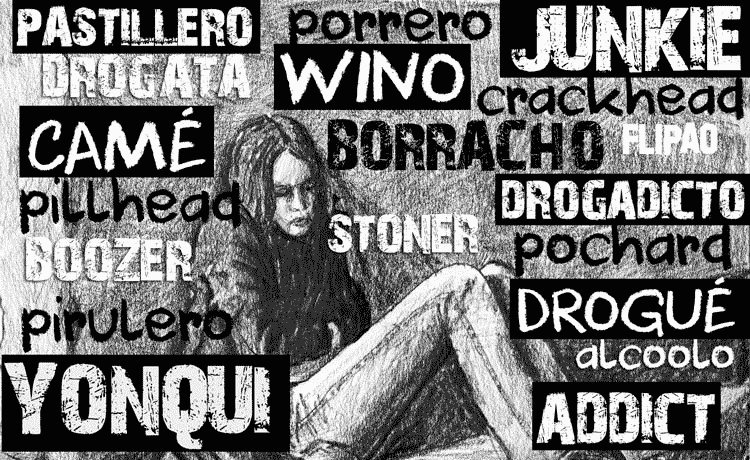 Arctander recommended that media change their language when referring to addiction or people with substance use disorders. What is being said in the media has a tremendous impact on how they view themselves and how they are viewed by society. First and foremost, reporters and journalists should avoid stigmatizing concepts that link “the drug problem” with violence, crime and drug trafficking. They should avoid using an alarming tone and reinforce stereotypes, but work to more objectively describe addiction without moral judgments. Also, they should emphasize circumstances that trigger substance use disorders, such as social and family factors, peer pressure, inequality and traumatic experiences.

He concluded by saying that even the most well-meaning person can have inaccurate assumptions about addiction-related disorders, or use words that contribute to the stigmatization of others. Therefore we must examine our own potential for stigmatizing others, change our language and attitudes towards substance use and people with substance use disorders.

From the Norwegian government, policy director Torbjørn Brekke, supported the push to end stigma of people who use drugs. Brekke spoke about Norway’s experience by listening to people who have suffered from substance use disorders, stating that it has strengthened Norway and reduced prejudgments. He ended by saying that “ending stigma starts with me”.

Diego Olivera represented Uruguay and the institute for regulation and control of cannabis. He emphasized the need to talk openly and objectively about substance use, particularly focusing on cannabis since Uruguay have legalized and regulated cannabis. Olivera said that based on implementing the UNGASS outcome document, drug policy must be centered on people and with a strong focus on human rights and public health. He underlined the need to make effort to bring about change and that we must develop powerful tools to do so. We should change wordings and reframe laws. In the first article of Uruguay’s cannabis law, language indicates that cannabis regulation is necessary for promoting public health and human rights. He stressed that we must be careful about using terms that bring us closer to stigmatization and make information available for all people.

Ain Peil, representing the government of Estonia, focused on the law enforcement side of things. One of the most important stakeholders that in some cases may be seen as the profession that creates stigma, police can be involved in reducing stigma. Peil urged us to implement referral systems and different programs that help drug users get in contact with health and social services instead of penal reactions. He recommends getting police involved in advocating for problems and solutions, to get people on the same team and include different stakeholders. 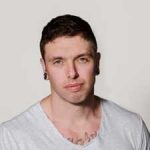 Kenneth Arctander is the Director of Communications at RIO, The Interest Organization for Substance Users. RIO is an associate member of the Dianova network.