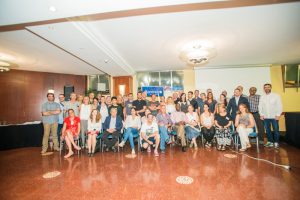 Highlights of the Reunion

In view of the multiculturalism of the event, the meetings benefited from a professional interpretation service in English and Spanish, which helped to promote exchanges during the plenary sessions, as well as with the presence of a volunteer photographer of the agency “Imagen en Action“ (many thanks to Rafael Muñoz, amateur alpinist and professional photographer!).

View all photos on Imagen en Acción’s album on Flickr 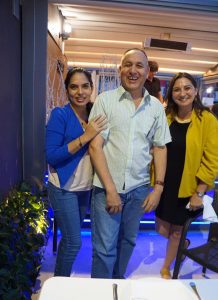 After a morning dedicated to the Assembly Council meeting, the afternoon of Monday was devoted entirely to the Assembly of Delegates of Dianova International, with representatives of each member organization and several guests. After the opening address by Cristina Lizarza, President of the International Organization Dianova, the delegates discussed several issues before their being formally approved by the assembly.

The latter comprised: a presentation of a short version of the organization’s annual activity report (read pdf in Spanish) – the delegates had received the document’s complete version prior to the assembly; the annual accounts and balance sheet; “The Dianova Network Manifesto“, a position paper intended, to support the organization’s advocacy activities; and the integration of the four new associate members mentioned above. Lastly, Mr. José Carrón, a sociologist from Zaragoza University made a noteworthy intervention about the study “Dianova and the challenges of the Third Sector” – Read article and download study.

Dianova is composed of different organizations, working in many countries, with very diverse people and in various social environments. This gives the organization a great capacity for openness and adaptation. However, ordinary and affiliated members of the network share an identical foundation: a common name, mission, vision and values, and similar methodologies in the development of specific activities or in the management of human resources.

This common ground has been the strength of the Network, and has allowed it to face many challenges but the time has come to go even further, and open up to new cultures, ideas and activities. 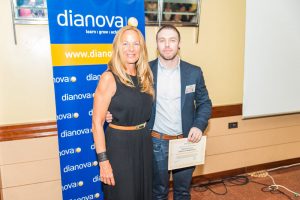 This desire for openness has given rise to the policy of incorporating new members developed over the past two years. The purpose of this policy is to open up to different environments and people, and strengthen the influence, and advocacy capacity, of the Dianova network within international institutions and organizations.

For what purpose? To bring about changes in policies and practices that are likely to improve people’s lives, especially those most vulnerable. This is why we support and encourage: the development of addiction treatment policies grounded in people’s health and self-reliance; reception policies for migrants and refugees that foster their integration in the host society under the best possible conditions; gender equality and women empowerment; and the integration of vulnerable people through community development. In addition, Dianova makes a firm bet of sharing its expertise with associate members in different areas: special interventions, organisational development, technical consultancy, communication, etc.

The role of civil society and the third sector in the decision-making processes of national and international bodies is among the topics we strive to promote. This is where the “expansion” of the Dianova network acquires its full meaning: together we can make our voice heard, together we are stronger. 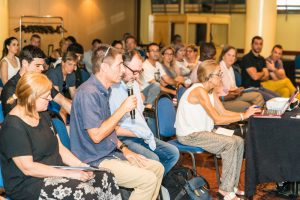 This is why the Annual Meetings of Dianova made this year an emphasis on the network’s associated members. Two of their representatives were present, including Robin Turk, representative of Slovenia’s support group for substance abusers Drustvo Up, and George Ochieng, founder of the Slum Child Foundation, which helps children of Nairobi’s major slums, in Kenya. In addition, a number of associations had this year applied to become associate members: the Association of Young People Committed to Humanitarian Action (AJEAH – Togo), the European Center for Addiction Prevention (CEPA – Romania) whose director Ramona Tole was present at the meeting, the Association of Active Women for the Protection of the Environment (FAPE – Democratic Republic of Congo), and the Organization of Interest for Drug Dependent People (RIO – Norway), whose representative, Kenneth Arctander Johansen, was also attending the event.

Following the approval of these applications by the General Assembly, the Network has 8 associate members, including the organizations listed above and the organizations Ray of Hope (Pakistan) and SPYM (India), whose representatives were unable to attend the gathering. 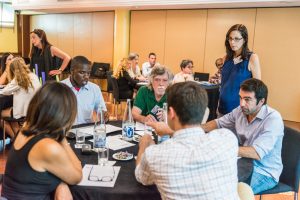 The second day was entirely dedicated to work and food for thought: all participants were invited to participate in one of three simultaneous training and discussion workshops organized around the following issues: “Entrepreneurial organizations: strategies to strengthen our financial sustainability”; “Keys to strengthening the Dianova network: be promoters of social change” and “New challenges of social intervention in a changing world” (an article will be published shortly about these workshops). Most of the participants described the workshops as interesting and dynamic, and all stressed the quality of the training sessions and the discussions that followed.

Last but not least, Wednesday morning was dedicated to mutual exchanges through the contributions from member organizations: best practices, balances, new activities, projects or presentations of new organizations, including:

These interventions allowed for wide discussions that sometimes gave the translators a headache (especially when the speakers went from Spanish to Italian, and sometimes to French!).

To conclude, I would like to thank all the participants, especially those who came from far away. Thanks to your participation, the 19th edition of the meetings has been a success. To all of you, I invite you to our 20th reunion with the celebration of Dianova’s 20th anniversary!