“Advocating Mental Health amidst a Global Pandemic”, an event organised online by the NGO Committee on Mental Health 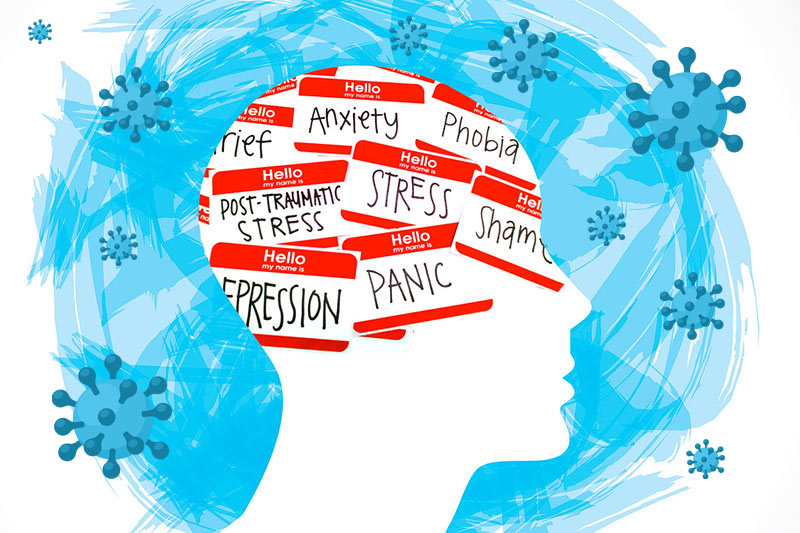 It is imperative to dispel myths about the spread of the virus that further marginalize migrants and forcibly displaced persons – adapted from original material by “The People Speak”, licence: CC BY-NC 2.0

By María Victoria Espada – Although the effects of COVID-19 on mental health are still largely unknown, it has been observed that levels of anxiety, sadness, fear, and loneliness have increased worldwide, aggravated by the necessary measures of social distancing. In some cases, ignorance about the disease has generated social stigma towards people, or places. In order to raise awareness, the NGO Committee on Mental Health, of which Dianova International is an executive member, held a virtual event in late April “Advocating for Mental Health amidst the Global Pandemic”.

Ensuring public health and protecting refugees are not two mutually exclusive activities, as Dr Marciana Popescu from the University of Fordham pointed out. However, since the pandemic began, 167 countries have closed all or part of their borders to “protect themselves” and at least 57 countries make no exceptions for asylum seekers, including the United States. By preventing their entry, migrants are relegated to countries that cannot mitigate the spread of the coronavirus, and the problem of the pandemic worsens.

Although the mental health of displaced people is often not considered a priority, increased risks of harm and self-harm, violence and suicidal tendencies, as well as anxiety and depression, fear and post-traumatic disorders, are common.

Thus, it is crucial to prepare and support mental health care providers, develop interdisciplinary and intercultural care networks, and promote the importance of self-care. Furthermore, it is imperative to dispel myths about the spread of the virus that further marginalize migrants and forcibly displaced persons.

Through the development of cutting-edge technologies, CGFNS International restores the licenses of healthcare professionals who have been lost or remain inaccessible due to armed conflict or natural disasters in their respective countries. According to Franklin Shaffer, president of CGFNS, this is especially important in the case of nurses, refugees, or those who want to work in a country other than that of their origin.

In this sense, and according to reports from the World Health Organization (WHO), the number of migrant Doctors and Nurses working in the member countries of the Organization for Economic Cooperation and Development (OECD) has registered an increase of 60% during the last decade. In addition, future projections point to a continued acceleration in the international migration of health workers, with a growing gap between supply and demand, which is currently estimated at 9 million worldwide.

In the United States, the requirements for the provision of public telehealth services by authorized providers outside of traditional facilities have also been adapted to the new circumstances. According to Félix Torres, Psychiatrist and Secretary of the NGO CMH, the federal law allows, since last March, any licensed medical provider from certain states to be able to provide care to patients from other states. In parallel, these states have modified certain requirements to permit the rapid issuance of licenses, thereby promoting interstate telehealth.

The new regulations also approve the patient’s verbal consent, although these video calls are only considered teleconsultation services. Altogether, the amendments seek to meet the triple objective of the Institute for the Improvement of Health Care (IHI) to provide integrated approaches that improve patient focus and the health of the general population, and simultaneously, reduce the costs per capita of the medical services provided.

In the case of people who use drugs and alcohol, vulnerability to COVID-19 increases due to the presence of risk factors, such as liver, heart or kidney disease, living with HIV/AIDS, as well as the probability of respiratory infections in the case of inhalation drug use.

According to the 2019 World Report of the United Nations Office on Drugs and Crime (UNODC), 35 million people suffer from disorders related to the consumption of illicit drugs yet only 1 in 7 receives any treatment. Regarding the prevalence of alcohol use disorders, it is estimated that they affect around 1.4% of the world population.

The Dianova network has also had to adapt its working conditions quickly to preserve the health of its beneficiaries and professional teams.

In addition to implementing preventive, hygiene and social distancing measures, the care centres have reviewed personal treatment programmes and established online follow-up consultations so as not to interrupt care. Likewise, they have suspended activities outside the residences and they have increased contact, via videoconferencing, for inpatients with their relatives. Traditional activities for beneficiaries have also been reorganized while new ones have been added, such as film, cooking, reading, music and zumba workshops, amongst others. The administrative departments and management are operating via teleworking, and will provide counselling and psychological support to team members that need it. In conclusion, it should be emphasized that the welfare of the beneficiaries remains the priority of Dianova’s teams despite the difficulties related to the lack of personal protection supplies and limited financial resources.