The spread of the virus and its consequences are affecting human beings in different ways. According to the UN, policies should address such differences 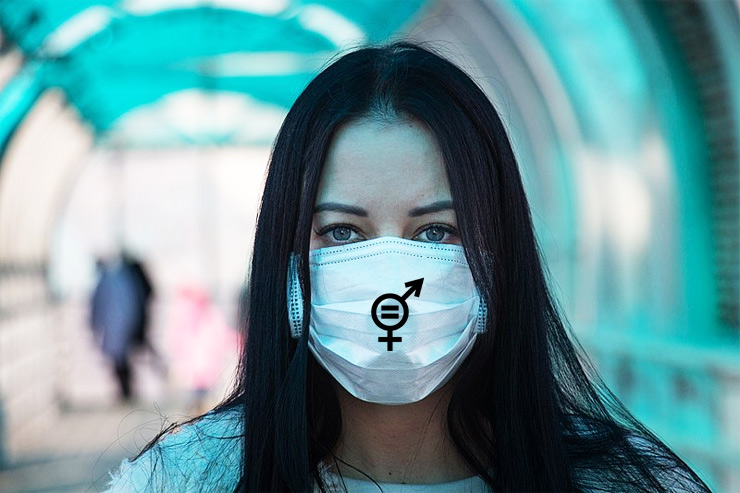 By Federica Bertacchini – Researches frantically taking place during these long days of worldwide quarantine and global anxiety are showing that, statistically, men are getting sicker and dying more often as compared to women, if they happen to contract the infamous Covid-19. Apparently, their propensity for tobacco use, unhealthier lifestyles, as well as gender differences in the body’s immunological response seem to cause such disparity.

Nonetheless, can we realistically say that men are more affected, as compared to women, by the pandemic?

As stated by the UN Policy Brief on the Impact of Covid-19 on Women, this pandemic is not at all gender-neutral. On the contrary, it is deepening pre-existing inequalities and even threatening the limited gains made in the past decades in the field of gender equality.

According to the latest forecasts from the United Nations Conference on Trade and Development (UNCTAD), the economic uncertainty ignited by Covid-19 is expected to cost the global economy two trillion US dollars in 2020, with a $220 billion hit to developing countries. Reports from the International Labour Organization (ILO) estimate that partial or full lockdown measures implemented around the world have affected 2.7 billion workers, corresponding to 81% of the total active workforce. Businesses are facing catastrophic losses and are required to scale down their operations, markets and supply chains are suffering disruptions, millions have already lost their jobs and millions more will lose their livelihood in the coming months. Unprotected workers and vulnerable groups operating in the informal economy are the hardest hit by the loss of income-generating activities.

Guess what? 740 million women, globally, work in the informal economy. 70% of them operate in developing economies. These workers earn their living in public spaces and through social interaction, precisely what has been restricted to contain the spread of the virus.

Because women tend to work without clear terms of employment, many are not entitled to basic social protection benefits, such as health insurance, paid sick and maternity leave, pensions and unemployment. In the current crisis, these women are also excluded from the fiscal response packages that countries have established since the beginning of the lockdown measures. Everywhere, the sectors that have immediately suffered dismissals are those where women are over represented, such as the garment industry, retail, food, hospitality and tourism.

As the ones taking care of the necessity of the household, including out-of-school children, the elderly and ill family members, women are more likely to be disproportionately affected by job cuts and layoffs.

Women represent less than 40% of the total workforce worldwide and make up to 57% of those working on a part-time basis. Before the pandemic, women were doing three times as much unpaid care and domestic work as men. In fact, women’s average time spent on these tasks accounted for 4.1 hours/day as compared to the 1.7 hours spent daily by men. Such great imbalance has now an even higher cost for women. While they are coming under increasing strain, and some may be forced to leave the labour market, their invisible and unpaid effort remains unaccounted for in the economic response.

Because 70% of the global health workforce is composed of women, they are most likely to be at the forefront of the response to Covid-19. They are also largely employed as service staff, and considering that personal protective equipment is designed for a male template, they are essentially more exposed to the virus.

Girls and older women are also negatively affected by the pandemic. While evidence from past epidemics shows that adolescent girls are at particular risk of dropping out and not returning to school, with a backlash that expands beyond the crisis, elderly women need to live their last years with lower pensions, if having one at all, and therefore struggle to secure adequate care for themselves, if infected. Since the pandemic has started, attention and resources have been diverted from service provisions that are fundamental to girls and women, such as sexual and reproductive health services, which include maternal health care and all services related to gender-based violence and abuse. The United Nations Population Fund (UNFPA) has estimated that if lockdown measures were to be carried on for six months, it may lead to major disruptions I health services, resulting in 47 million women in 114 low- and middle-income countries not being able to access modern contraceptives and up to 7 million unintended pregnancies. Moreover, with significant delays in programmes to end female genital mutilation, an estimated 2 million more cases of this horrific practice may occur over the next decade.

The time bomb recipe of economic and social stresses brought on by the Covid-19, as well as restriction of movement, have dramatically increased the number of abuses in almost all countries.

As denounced by a group of women leaders calling on the UN Security Council to address the Covid-19 crisis, many women, but also girls and boys under stay-at-home orders, face violence where they should be safest – in their own homes. New complexity is adding up to the issue, with exposure to Covid-19 being used as a threat. Abusers are taking advantage of the inability of women to call for help or escape violence. Women at risk are often being thrown out on the street with nowhere to go. All support services, not just the health ones, are struggling. The justice system and police had to shift priorities and find themselves unable to assist. Even civil society groups are struggling due to lockdown restrictions and lack of resources. Shelters who used to house abused women had to close new admissions or sometimes had to be used as health centres. Meanwhile, an increase in cases of domestic violence have been signalled in several countries, including Singapore (33% more since the beginning of the lockdown), Cyprus (+30%), France (+30%), and Argentina (+25%).

While the UN Security Council remains silent as its member, for different reasons, are unable to reach an agreement on a resolution about the UN Secretary General’s call for a global ceasefire during the pandemic, in the UN Policy Brief on the Impact of Covid-19 on Women, the Secretary General, has listed a series of priority measure for Member States to consider when addressing violence against women “outside the battle field and inside their homes”.  UN Women, the UN High Commissioner for Refugees (UNHCR), the UN Office of the High Commissioner of Human Rights (OHCHR), the UN Population Fund (UNFPA), the Committee on the Elimination of Discrimination against Women (CEDAW), the UN Office on Drugs and Crime (UNODC), the UN Working Group on discrimination against women and girls, and the UN General Assembly’s Inter-Agency Standing Committee have also made specialized recommendations for governments and other important stakeholders to prevent and respond to what is already called a shadow pandemic. In particular, the OHCHR has highlighted the importance of addressing the needs of women who use drugs, while the UN Department of Economic and Social Affair (UNDESA) has released a policy brief on women and girls living with disabilities.

To make sure that the recovery from the economic downturn caused by Covid-19 does not have a disproportionate negative effect on women, and does not reverse to-date progresses towards the achievement of Sustainable Development Goal n. 5 on gender equality, the UN has identified three cross-cutting priorities.

In the aftermath of the 2008 global financial crisis, priority was given to subsidize large infrastructure programmes mostly employing men, as well as large and medium-sized enterprises, also mostly headed by men. Conversely, jobs were cut in teaching, nursing and public services, all sectors with a larger female presence. The same mistakes must not be made now, when evidence and research suggest to act otherwise. Private sector financial support and access to credit needs to be made available, equally, to women and men, and small and medium-sized businesses, where women entrepreneurs are relatively more represented, should be incentivized and seed-founded.

The pandemic we are enduring has already brought enough sorrow and despair, but it will cause more if governments do not act wisely, for the good of all their citizens.

We are standing in front of the actual chance to turn this adverse situation into an opportunity to implement systemic changes that could not only prevent women from suffering the consequences of crisis in the future, but also establishing a generally more resilient society, able to recover swiftly and better placed to continue on the path towards the achievement of the Agenda 2030.

More on the topic

Below are the links to a few interesting webinars/online conversations that discuss the consequences of Covid-19 in women, as well as policy measures, and have inspired this article: 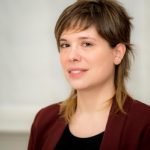