Despite the extent of the addiction problem, people must face a highly stigmatizing moral judgment from society as a whole 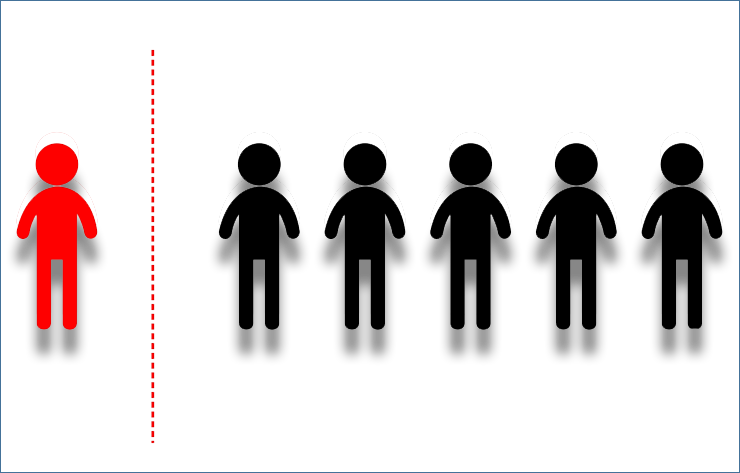 Stigma can further compound the social difficulties experienced by people and lead to their solation and exclusion, with negative impacts on mental and physical health

About 275 million people worldwide, which is roughly 5.6 per cent of the global population aged 15-64 years, used drugs at least once during 2016. Some 31 million of people who use drugs suffer from drug use disorders, meaning that their drug use is harmful to the point where they may need treatment. Initial estimations suggest that, globally, 13.8 million young people aged 15-16 years used cannabis in the past year, equivalent to a rate of 5.6 per cent.

Roughly 450,000 people died as a result of drug use in 2015, according to WHO. Of those deaths, 167,750 were directly associated with drug use disorders (mainly overdoses). The rest were indirectly attributable to drug use and included deaths related to HIV and hepatitis C acquired through unsafe injecting practices. Excerpt from World Drug Report 2018 by the United Nations Office on Drugs and Crime[1].

Important as they are, these figures relate only to the use of illicit drugs. To get an idea of the real extent of addictive disorders, one should add the consequences of alcohol and tobacco use, as well as that of non-substance addictive behaviours, including pathological gambling, problematic Internet use or compulsive shopping, just to name a few.

Stigma and discrimination are a common occurrence in the everyday lives of people with substance use disorders. On the occasion of the International Day Against Drug Abuse and Illicit Trafficking, June 26, Dianova International launched a campaign against the stigmatization of people with addictive, and more specifically substance use, disorders. The campaign aims to inform the public on the reality and many facets of addiction stigma.

Dianova publishes recommendations guidelines destined to bring about behavioural changes and promote awareness of the consequences of stigmatizing attitudes in four settings: the media, health care and public health, employment and the workplace, and public policies.

The multiple consequences of stigma

Despite the extent of the problem, people facing addictive disorders[2] must face a highly stigmatizing moral judgment from society as a whole, particularly with regard to people who use illicit drugs. According to World Health Organization, addiction to illicit drugs is the most stigmatizing condition[3]. People with substance use disorders are considered more dangerous and more to blame than those who are mentally ill or physically disabled[4].

As a result, people with problematic alcohol and other drug use experience stigmatizing or discriminatory attitudes on a daily basis. These experiences can be highly distressing and can result in people feeling shame, guilt, anger, rejection and a sense of worthlessness or hopelessness which can in turn trigger further alcohol or other drug use and other forms of risky behaviours.

Stigmatizing means denigrating or rejecting an individual or a group because of their behaviour, belief, illness or presumed illness, condition, or any other characteristic. Stigma is being perceived negatively from others, whereas discrimination is being treated negatively.

For people with substance abuse disorders, stigma can have dramatic consequences:

Stigma is a complex, multifaceted issue that can be expressed as felt or perceived stigma (real or imagined fear of discrimination); enacted stigma (experiences of stigma and discrimination); and self-stigma which is the internalization of the negative thoughts and emotions conveyed by society.

[2] Even though stigma can affect all addictive disorders, it is nevertheless much more widespread in the case of people experiencing problematic alcohol or other drug use (substance use disorder), which is why this document focuses primarily on this population.

[3] According to a study by WHO in 14 countries, analyzing 18 potentially stigmatizing conditions – Source : Stigma, social inequality and alcohol and drug use (2008) – Robin Room et al. Online access, 16 June, 2018