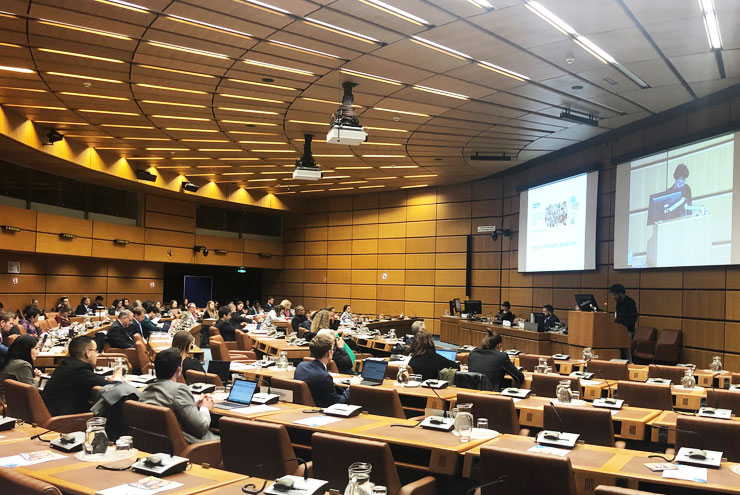 Civil society hearing held at the United Nations Office in Vienna, on February 26, 2019

By Lucía Goberna Lehmann – 2019 marks a special momentum for drug policy development. On 14th and 15th of March, High representatives from UN countries will gather in Vienna at the Ministerial Segment are called to review the outcomes and consequences that drug policies have had in the last decade (since the signature of the Political Declaration and Plan of Action on International Cooperation towards an Integrated and Balanced Strategy to Counter the World Drug Problem) and should state the direction of the way forward. This high-level meeting will be followed the Commission on Narcotic Drugs (CND) 62 annual session that will follow from 18th-22nd of March.

Civil society organizations are taking part in the preparatory process of Ministerial Segment, and have in fact contributed actively to the process during the last months. The Civil Society Task Force on Drugs (CSTF) has been in charge of articulating civil society’s representation through out this process. The CSTF is a joint initiative of the Vienna NGO Committee on Drugs (VNGOC) and the New York NGO Committee on Drugs (NYNGOC) to support the preparations of the 2019 Ministerial Segment. The CSTF comprises 35 civil society members that represent different regions, communities or key issues.

It should also be mentioned that the CSTF launched and presented the results of the Global Civil Society Consultation, a document imparting the views of 461 NGOs from all around the globe on current drug policy processes and aimed at contributing directly to the Ministerial Segment. In addition, and as a way to present the results of the final report on the Global Civil Society Consultation and to give voice to civil society actors on the road ahead beyond 2019, the CSTF has organized two Civil Society Hearings (one in New York City on the 20th of February and another one in Vienna on the 26th of February 2019) and another event on the margins of the CND reconvened session in December 2018.

As Vice-chair of the VNGOC Dianova International is a member of the CSTF Steering Committee; as such, it has been active during the last year to contribute to the development of all the above-mentioned activities and outcomes. Moreover, Dianova Spain was selected as a one of the civil society representatives to present its expertise on the issue of demand reduction at the CND Intersessional on 25th September 2018.