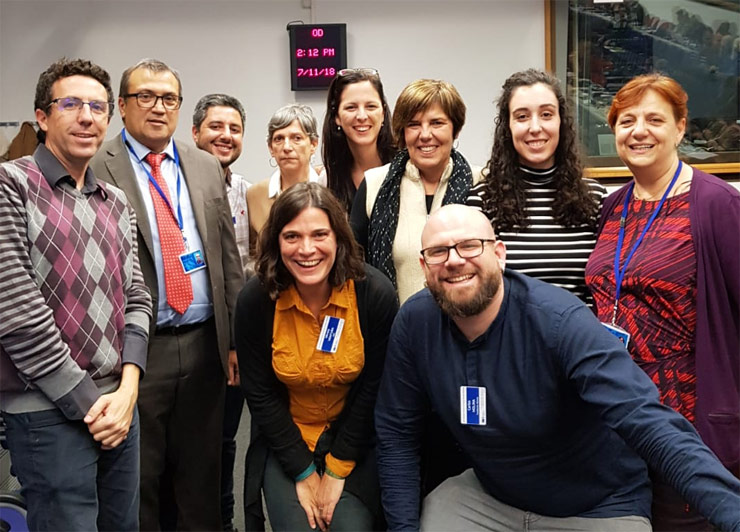 By Lucía Goberna –The role of civil society in the process of designing and implementing drugs policies in the European Union (EU) is becoming more and more recognized and structured. On one hand, there is the political will of the EU to include them as interlocutors, while on the other, civil society organizations are becoming increasingly organized and have more tools and knowledge about how to influence more effectively. However, there is a long way to go to make this an indisputable reality.

On November 5, the “Civil Society Involvement in Drug Policy” Conference took place, at which three key reports were presented:

These documents analyze the degree of involvement, the barriers and possibilities to improve the effective involvement of civil society in the various stages in formulating drug policies. In addition, key aspects were presented, such as the importance of involving affected communities, the situation in countries where populism and the lack of funds are choking the work of civil society organizations and participation at local, national and international levels. The conference was organized within the framework of the EU-funded project “Civil Society Involvement in Drug Policy”, which aims to eliminate barriers to the effective participation of civil society in the development and implementation of drug policies at national and European levels. 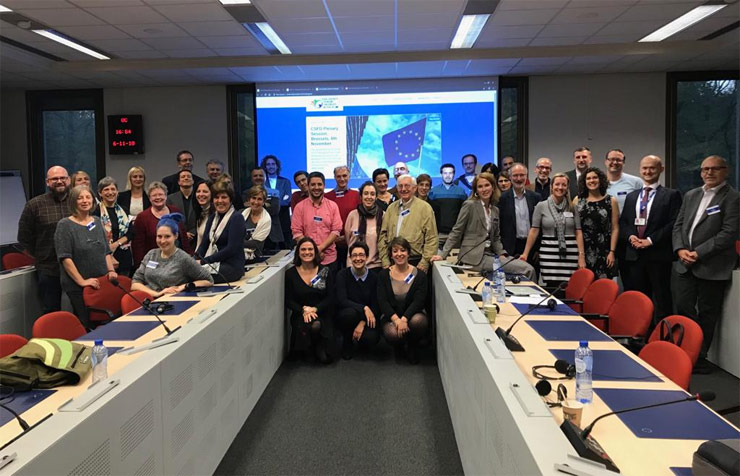 Members of the civil society forum on drugs

The conference was followed by the meeting on 6 and 7 November of the Civil Society Forum on Drugs in the EU (CSFD), which is a group of experts from the European Commission formed by 45 organizations that serves as a platform to support the formulation and implementation of drug policies through recommendations and the publication of reports for European institutions. Dianova International has been a member of the CSFD since 2013.

Floriana Sipala, Head of the Organized Crime and Drug Policy Unit of the Directorate General for Migration and Internal Affairs of the European Commission, presented the aspects that affect or will undoubtedly have a decisive impact on the drug field in the near future. One of these aspects concerns the European Parliament elections, which will take place in May 2019. The configuration of the new European Parliament will affect the composition of the European Commission since Commissioners must be approved by the assembly. In a world political situation where populism and conservatism are gaining ground worldwide, this could mean that the importance of drug policies may be relegated to security issues, for instance.

Another current issue is undoubtedly the negotiations regarding the Ministerial Segment in March 2019. The EU’s priority is for the results to be aligned with the UNGASS Outcome Document, which is the most recent agreement dealing with drug policies from a balanced approach between a reduction in drug supply and demand and with a strong commitment to public health and human rights. However, due to the recent political changes, the negotiations are predicted to be complicated. The EU and its member countries are actively working so that the result is as close as possible to the principles established in the UNGASS 2016.

Ms. Sipala also referred to the changes in the design of the Multi-Year Budgetary Framework for the 2021-2027 period. If the current proposal is approved, the main lines of financing for drugs would be found within the Internal Security Fund and European Social Fund Plus.

The meeting also allowed members to organize among themselves. The CFSD is organized into four working groups that deal with the EU Drug Strategy and Action Plan (group 1), the EU’s institutional relations with international structures (group 2), the involvement of civil society in national drug policies (group 3), and quality standards (group 4). Dianova is an active member of groups 2 and 3. The meeting allowed members of working groups to meet up and give an account of the work completed since June 2018 (the date of the last meeting) and to plan their future activities. The CSFD presented a video it has produced with the views of civil society organizations on the EU Action Plan on Drugs which counts with the participation of Dianova.

Civil Society Views on the EU Action Plan on Drugs

Likewise, for the first time, a joint meeting with the CSFD was held with the HIV/AIDS, Hepatitis and Tuberculosis Civil Society Forum and other groups of experts from the European Commission. Both forums deal with similar issues, so it makes sense to coordinate advocacy work to prioritize health and the problems associated with drug use in the design of the next community budgets, to implement quality standards, and to decide on how to overcome legal barriers as well as barriers regarding funding, stigma and discrimination for people with HIV/AIDS, hepatitis and tuberculosis.

Finally, as in past years, a joint meeting was held with members of the EU Council’s Horizontal Drugs Group, a key entity in formulating EU policies and positioning in relation to drug matters. This meeting was attended by 14 senior representatives of EU countries in the Horizontal Drugs Group, representatives of the European Commission and the French Observatory for Drugs and Drug Addiction, as well as members of the CSFD. The Presidency of the Council of the EU, currently held by Austria, presented the work that had been done throughout the semester and through the course of negotiations, and the representative of Romania (the country that will assume the Presidency of the Council of the EU as of January 2019) presented the priorities on which they intend to work. The CSFD presented its recommendations to the Ministerial Segment as well as the work on the EU Action Plan on Drugs.

Dianova International was represented at the conference and meetings from the 5th to the 7th of November. We made good use of resources and reports to improve our advocacy work, of information to gain a better position in the international context of drug policies, of our space to share information and good practices with other members of the CSFD, and to plan joint projects. In addition, the CSFD is an open forum to share and coordinate joint work with other platforms. Dianova would like to thank the European Commission for organizing and financing this meeting, for its initiative to include civil society organizations and take good note of their contributions.