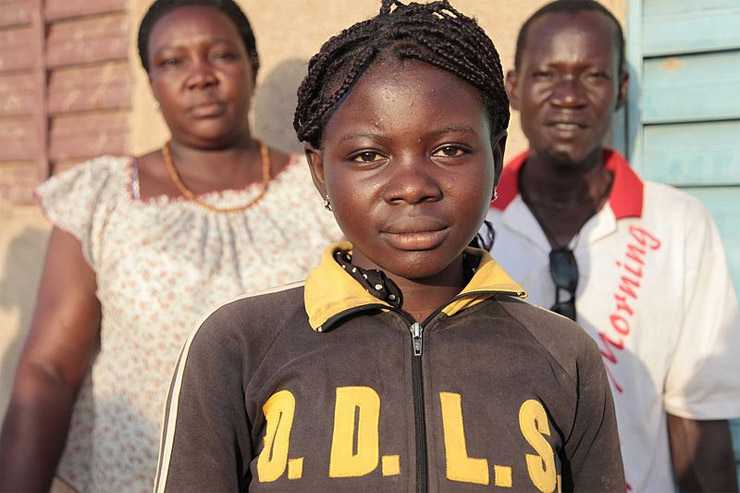 Laws are not enough to bring MGF to an end, we also need a holistic approach to local attitudes and ingrained beliefs – Photo: UK Department for International Development (DFID) – CC

By Kaitlin Drape – It is crucial to address the issues of rural women because they suffer the most from the key issues of gender inequality: abuse, early marriage, Female Genital Mutilation (FGM), lack of education and lack of land ownership.  Ingrained traditional practices persist in rural communities despite laws against them.  Rural women do not have access to the advantages that urban women – even in developing nations – often enjoy.  So the issue of human rights for rural women is of particular importance.  In addition, rural women play a large role in their communities, though they don’t enjoy the privileges afforded to men.

Gender-based violence is prevalent in rural communities because it has been ingrained in the culture and there is less exposure to national laws and policies. Practices like FGM and child marriage, which have been made illegal in more than two dozen African nations, are still practiced in rural areas because attitudes have not changed and they are more isolated.

This requires not only a legal process but a process of enlightening women and their communities to human rights issues and combating ingrained beliefs and traditions that are harmful to women. “There are laws, but no one is using the law,” said Yasmeen Hassan, Global Executive Director of Equality Now in an event during the last Commission on the Status of Women (CSW62). Educating local police and judges, as well as the population, to these laws is paramount.  To enforce them, she takes the approach of “strategic litigation” in rural areas, prosecuting a case to make the community aware of the laws.

On a complementary note, Nice Leng’ete, an AMREF worker in Kenya, stated “Laws are not enough.” We need a “holistic” approach to local attitudes and ingrained beliefs. Rural women and girls do not have the opportunity for education due to long distances to school and cultural barriers and it will be necessary to address this issue in the rural communities by providing more local schools and better infrastructure and transportation.

Rural women are key players in the life of these communities.  They often are the farmers who provide food for the community, for example.  Yet in many places they cannot own land and gain control over their lives. The men still control the money and resources. Rural women don’t have the opportunity to gain confidence in speaking out in their own communities because of gender stereotypes. Challenging these players comes with empowering their voices at forums like the CSW, for example. “If you understand the mechanism of your own voice, you own it and you can make adjustments. You gain greater control,” said Dr. Osnes, a member of the consulting organization named Speak.World.

By bringing rural women to the fore, we are addressing a key asset to our world and global economy. They deserve the awareness and protection that their countries have failed to provide for them. After the 62nd Commission on the Status of Women one thing is clear: rural women are some of the strongest most hard-working women in this world and they have a right to be fought for.