In Spain, 76% of secondary school students have consumed alcohol in the past year and 32% have had heavy drinking episodes in the past month* 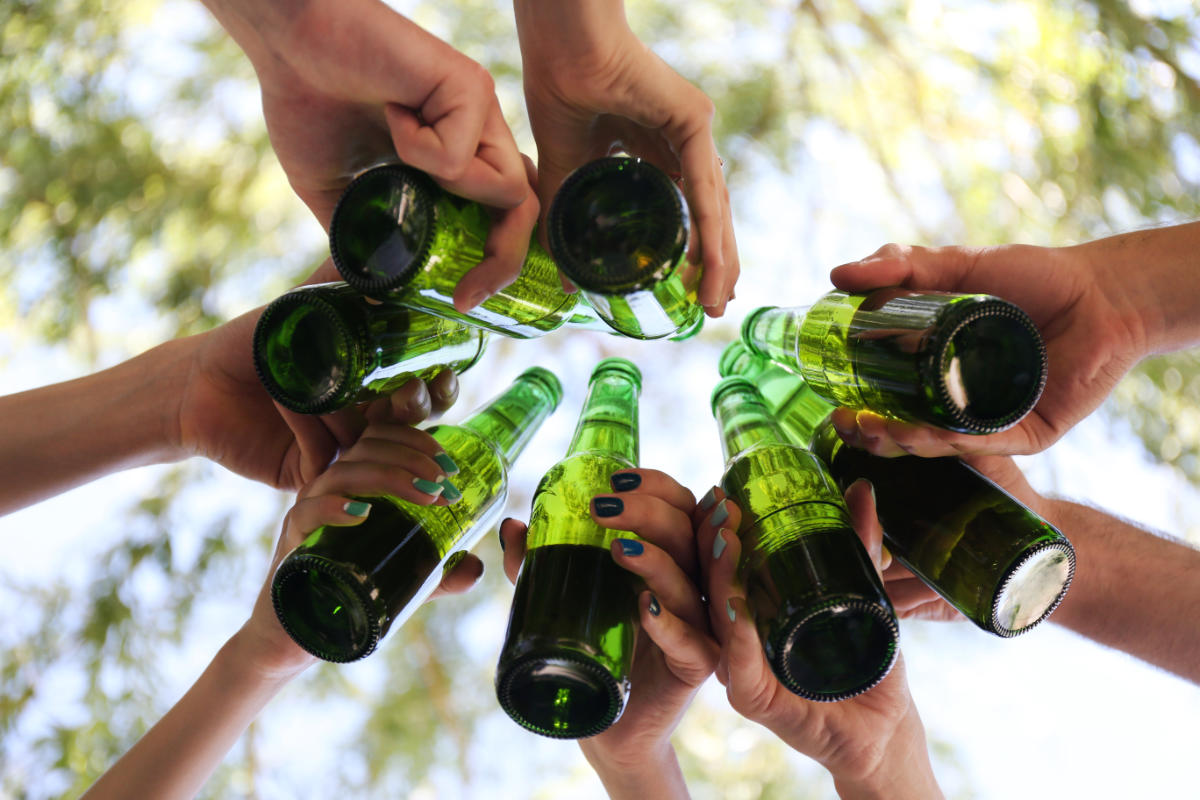 Alcohol is the most commonly used substance among young people in Spain as in many other countries – Photo: Shutterstock

By the publication team – According to statistics from the Spanish Ministry of Health, 76% of secondary school students have consumed alcohol in the past year. In addition, more and more students are acknowledging episodes of heavy, or binge drinking (32.3% in the past month).

Alcohol is the primary psychoactive substance experienced by adolescents. Consumption levels among young people are truly worrying: they start to drink at an increasingly early age (14 on average) and many of them cannot imagine having fun without resorting to alcohol. Among 14-17 year olds, about half of boys and girls report having been drunk at least once, while 17% of 15-16 year olds have drunk alcohol in the last 30 days, above the EU average of 13%.

Alcohol is a psychoactive substance, i.e. a drug. However, unlike most drugs, alcohol is a culturally acceptable substance in Spain: in most cases, young people are brought into contact with alcohol at a very early age, especially during family events such as holiday meals, birthdays, Christmas Eve, etc., where the 15-year-old and over may be allowed to taste a good vintage or a quality craft beer – not before that age however, to avoid possible brain damage.

Children ask questions at an early age about a product that they perceive to have a special cultural role. Parents should tell them that it is that tastes good and can also have relaxing effects. However, they also need to be told about the risks associated with its consumption, and why they cannot drink it yet.

Every alcohol education family models is not perfect, far from it, however, such progressive introduction to adequate alcohol consumption within the family is rather a good thing, because it enables young people to acquire the cultural codes of a consumption perceived as socially responsible and culturally acceptable. By educating our teenagers not only in tastes, but also in “good drinking” in appropriate contexts (not at breakfast, of course), we teach them to manage their relationship with a substance that they’ll have to deal with all their lives, whether they drink moderately or not at all.

Other articles on addiction prevention

A danger for adolescents

Even though alcohol consumption by and sale to minors is illegal in Spain, the latter have no trouble obtaining it. Worse still, the alcohol industry has long developed strategies specifically aimed at underage viewers. These include ads based on humour, seduction, adventure or social success; products designed for young people, such as mixtures of alcohol and soda; and sponsorship of cultural and sporting events that associate alcohol brands with activities favoured by young people.

This omnipresence of alcohol – associated with the risk-taking and the search for belonging to a group that characterise adolescence – can lead many young people to excessive use, use of alcohol and other drugs, or regular heavy drinking. These excesses can disrupt the schooling, professional future, health and emotional development of adolescents – at a time when their brains, due to a still incomplete maturation process, are vulnerable to psychoactive substances.

Regular alcohol consumption among young people can lead to serious health problems in adulthood, and binge drinking can be a gateway to addiction. In the short term, the risks are also very high: alcoholic coma, involvement in violence (whether the adolescent is the perpetrator or the victim), non-consensual sex, or road accidents.

*Press release from the Spanish Ministry of Health – November 2021