Around the world, about as many women as men suffer from HIV/AIDS, but there are huge differences in the impact of the disease, depending on whether you are a man or a woman 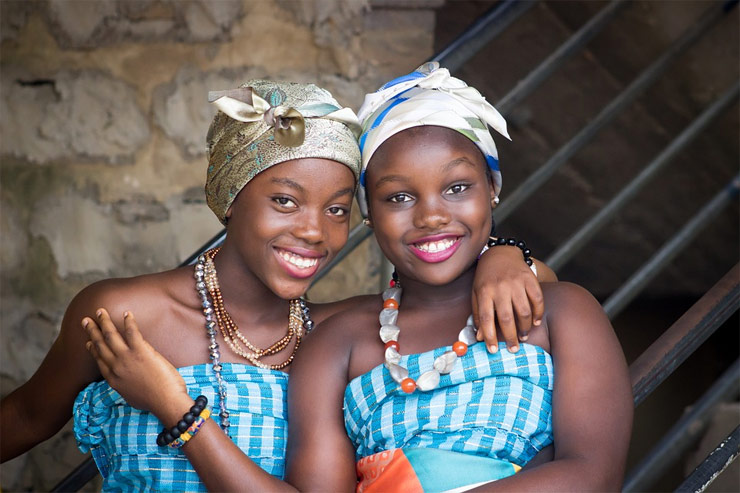 Around the world, adolescent girls and young women continue to be disproportionately affected by HIV, mainly because of gender inequalities

Dianova team – While the global response to the HIV/AIDS epidemic has made remarkable progress, women – especially adolescent girls and young women – continue in many countries to be disproportionately affected by HIV, mainly because of inequalities between men and women.

Currently, AIDS-related illnesses are the leading cause of death for women of child-bearing age, 15-44, and adolescent girls and young women (10-24) are twice more likely to be infected with HIV than men of the same age.

Globally, there are about as many women as men who suffer from HIV/AIDS; however, the statistics hide huge differences in how one get contaminated by HIV and how one may or not protect oneself, and in the impact of the disease, depending on whether you are male or female.

First of all, there are the physiological differences: it is estimated that women are more vulnerable to the virus on the one hand because of a larger surface area of ​​exposed mucosa than that of men during sexual intercourse, and on the other hand because sex-transmitted male fluids are more abundant and have a higher virus content than female’s.

However, beyond these physiological differences, the main obstacle to the prevention and treatment of HIV/AIDS among women and adolescent girls is their profoundly unequal cultural, social and economic status in society. In many countries, discriminatory sociocultural norms are translated into laws that limit the autonomy of young women; as a result, these women have limited opportunities and choices to protect themselves from HIV, to get information or to access health and social services. In 29 countries, for example, women must have permission from their spouses or partners to access sexual and reproductive health services, and two-thirds of young women aged 15 to 19 have no final say in in decisions pertaining to their own health.

Worldwide, violence against women by their spouses or partners is still widespread. One in three women is concerned. It has been shown that the fear of domestic violence is often an insurmountable obstacle when it comes to testing, seeking help, disclosing one’s HIV status, or taking one’s treatment regularly.

In areas where HIV prevalence is high, women who are victims of such violence are twice as likely to contract HIV as other women. It should be noted that this violence also occurs in the context of child marriage: girls who are married early are more likely to be threatened or beaten by their husbands than those who marry at 18 or older. In addition, being minor, these girls are rarely able to impose their choice, especially in terms of safe sex, all factors that increase the probability of being infected with HIV.

Women’s education and empowerment are key factors in preventing partner violence and gender-based violence in general. An analysis of data from 44 countries showed that completing secondary education significantly reduces the risk of intimate partner violence. Yet in sub-Saharan Africa, less than one in three girls are enrolled in secondary educationl and, according to UNICEF, nearly 19 million children in Central and West Africa are out of school – with girls being the first concerned: slightly under half of them are illiterate.

Finally, when girls have the opportunity to access education, schools should guarantee that they are free from abuse and violence, however it is often not the case. According to studies by Plan International, such violence is spread to varying degrees in primary and secondary schools in several African countries. Research has shown that teachers often have transactional sex with their students to cover tuition fees or school materials: when asked about a classmate’s pregnancy, 16% of Togolese children identified a teacher as responsible for it (15% in Mali, 11% in Senegal).

Poverty is also a determining factor in vulnerability to HIV, especially when it is aggravated by inequalities between men and women. Poor women are financially dependent on their spouse or partner, which often leaves them with no choice but to accept practices or behaviours that put them at risk of becoming infected.

Poverty is likely to lead young girls to have relationships with older men, in exchange for money or gifts. Age disparate sexual relationships are common both in the southern and eastern regions, as well as in Central and West Africa. These young women are often exposed to unsafe sexual practices – such as low condom use – and therefore at an increased risk sexually transmitted infections.

“Tackling gender inequalities is essential to eradicating the global HIV epidemic and achieving global development goals. The empowerment of women and girls, their ability to assert their rights, receive quality education and enjoy healthy lives and take adequate measures to protect themselves from HIV, is both a priority in the global response to HIV and AIDS and a crucial issue for achieving the 2030 Sustainable Development Goals.” Montse Rafel, Director General, Dianova International

Most Recent Global Statistics on HIV (2017)