Society thinks a woman with substance use disorders is automatically a bad mother. We must get over these gender prejudices and stereotypes 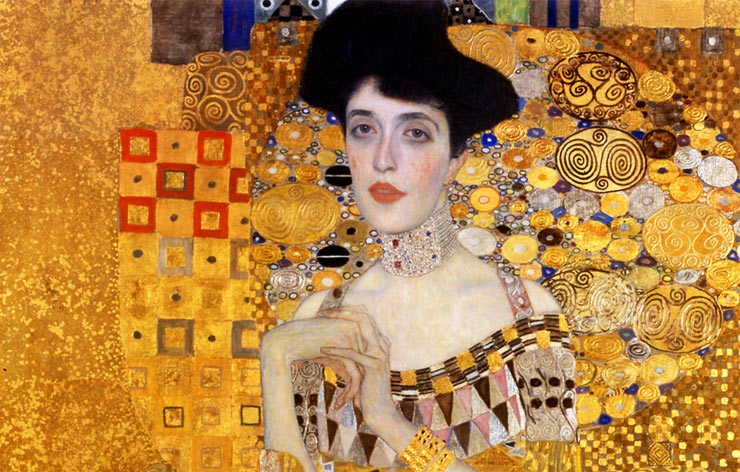 We all know gender discrimination is unfortunately alive and well in many different fields, but the stigma around drug addiction is worse for women – Illustration: Portrait of Adele Bloch Bauer by Gustav Klimt (detail), licence CC

Life stories – “I’m better now. I’m at the reintegration stage of my programme. I see my children and I’m finding stability again. I’m at peace. But it hasn’t always been that way. Being a woman, a mother and having a drug addiction is difficult, even in 2019.

I’ve been through a lot of difficult situations, though I didn’t always realise it at the time. With hindsight, I now understand I’ve experienced various forms of injustice.

For example, I remember something that happened some years ago in my workplace, when I was discriminated against for being a woman.

I was 25 years old and had just left my first Community recovery programme. I’d found a job working in a plant nursery. I’d stopped using drugs and I was happy with what I was getting. After a year, however, my employer found out about my past. I wasn’t worried, though. I was punctual, hard-working and I wasn’t using drugs at work or at home. I had other workmates who were less exemplary. I wasn’t ashamed of what I’d been through.

However, within a month my boss found a way to sack me. “You’re not trustworthy. You used to be a drug addict. How do I know you won’t use drugs again, maybe even at work?”, I was told. Conversely, a male colleague with 10 more years of experience got a promotion. Not only did he have addiction issues, he also used drugs in the toilets during work breaks.

I was sacked on the spot, while he was promoted.”

We all know gender discrimination is unfortunately alive and well in many different fields, but the stigma around drug addiction is worse for women. Greta’s account gives us an insight into today’s society, where even in the workplace a woman trying to rebuild her life after overcoming an addiction is punished rather than supported.

Speaking with some of the young women staying in the Dianova facilities in Italy, it emerged how deeply-rooted gender stigmatisation surrounding addiction is. We in the sector know only too well that drug addiction does not differentiate – addiction is addiction for both men and women. But for society, it’s different

Rita tells us a story: “Society thinks a woman with a drug addiction is automatically a bad mother. I still remember when, having finished my recovery programme in the Community, I went back to my home town with my family. Both my partner at the time and I had drug problems, but we’d both come out on the other side. We’d returned home to our children and found work. When people saw me playing in the park with my children, I heard comments like, “She’s a despicable mother. Just think what those poor children had to go through!” My partner, on the other hand, was congratulated for having “made it through” and gotten his life back on track. I wondered why other people thought there was a difference between me and him. We were both parents. We’d both had a difficult time and we’d both overcome it by working on ourselves. So why was I seen as a bad mother while he was congratulated?”

Addiction doesn’t make a distinction between men and women, but society often does. We need to change this perception, above all to ensure that women can ask for help without fearing the consequences.

“Bad mother” and “untrustworthy employee” are one-sided prejudices that affect only women. Unfortunately, they are often negatively judged in many different contexts for having a drug addiction problem. This stigmatisation only serves to put up walls, behind which many women continue to hide for fear of being judged for a moment of fragility in their lives.

“You’re even afraid to turn to professionals and ask for help. You worry that by having a problem and wanting to get out of it, they might take away your children. You’re scared they’ll sack you from your workplace there and then. All these prejudices make you think it’s better to sort out your addiction on your own. Then it becomes a vicious circle because you really need help from professionals and doing it alone is much harder,” concludes Alice.

Addiction doesn’t make a distinction between men and women, but society often does. We need to change this perception, above all to ensure that the many women who are going through a hard time in their lives can ask for help without fearing the consequences.